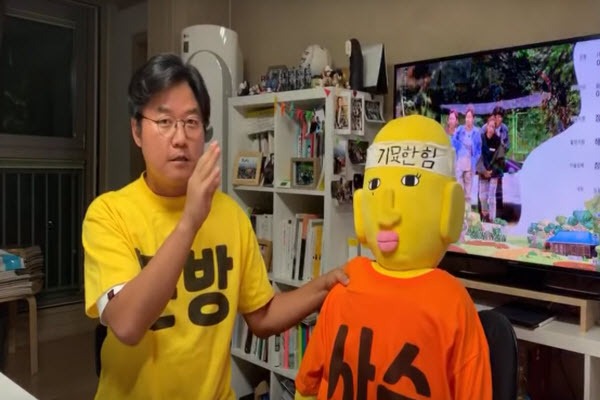 Looks like the director has fallen victim to his words once again.

Na Young Suk just gained one million YouTube subscribers! Fans are now looking forward to the realization of the pledge he made a month ago – sending Eun Ji Won and Lee Soo Geun to the moon.

Channel Fifteen (formerly Channel NaNaNa) has reached one million followers as of November 19. The Instagram account for his show Three Meals in Iceland posted photos with a caption that says, “Thank you..”.

In a live broadcast streamed on September 20 for the premiere of the show Three Meals in Iceland, starring Eun Ji Won and Lee Soo Geun, Na Young Suk told viewers that he will be sending the two entertainers to the moon if his YouTube channel gets one million subscribers. He stated he heard gaining that much subscribers generates more money. PD Shin Hyo Jung, after hearing the outrageous pledge, tried to cut off the broadcast. However, Na Young Suk reiterated the promise. 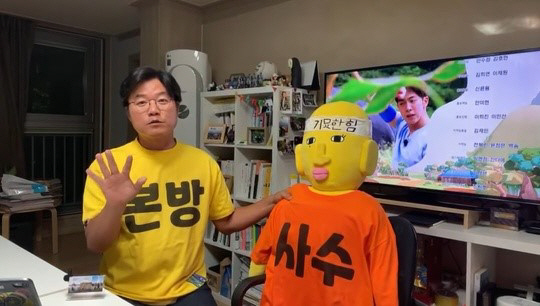 Shortly after he made the moon travel promise, the number of subscribers began to rapidly increase. This forced the successful Producing Director to “plead” fans to unsubscribe. He said that “It costs 800 billion won to go to the moon”, but it obviously did not stop the viewers from subscribing.

Now that he just surpassed a million YouTube subscribers, the production team conveyed their gratitude. They said, “Thank you to everyone who supported Channel 15 and allowing it to gain one million subscribers. The crew is currently exploring various ways on how to live up to the commitment.”

It can be said that PD Na likes to play with the cast of his shows, particularly with his NJTTW (New Journey to the West) team. He has placed bets on the show which almost always turned against him.

One famous incident happened on the fourth season of the show, when the production crew headed by PD Na, placed two luxury cars as “gifts”, confident that no one would be able to point to it. However, MINO managed to accurately point to the cars’ buttons after spinning 15 times. This made Na Young Suk got down to his knees and promised to give them the dragon balls and other rewards instead. This resulted in a spin-off show for MINO and WINNER (Youth Over Flowers).

Reaction to the news

Fans have posted reactions to Na Young Suk’s YouTube channel gaining a million subscribers. While they congratulated Na PD for the achievement, they also could not help but feel “sorry” for him as they are also eager to see Eun Ji Won and Lee Soo Geun fly to the moon.

will Na Pd will ever stop making ridiculous bets? we will never know… ? pic.twitter.com/2rKFyx63oY

Another lesson for us:
Watch what will you say in front of camera ??#십오야1MillionSubscribers pic.twitter.com/ziwdVKGs1w

The last episode of Three Meals in Iceland will air after the latest episode of New Journey to the West 7, which will be on Friday, November 22 at 9PM KST.