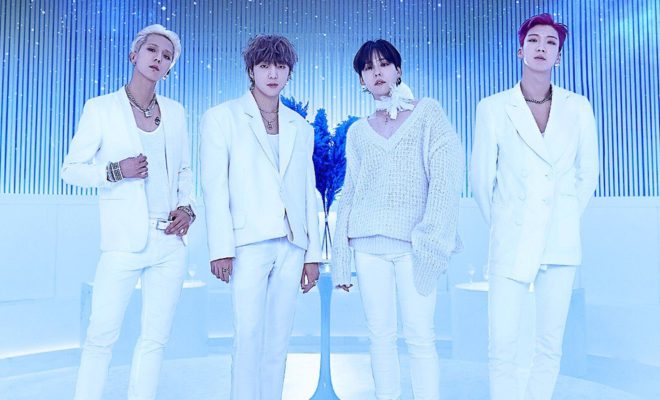 Baby, wait a second. People are liking the new song of WINNER a million times!

WINNER made its highly anticipated return on December 19, with its newest single “Millions” topping local and international charts.

“Millions” will be released in physical format — Blue Light and White Light versions — on December 24. Each version will contain a 112-page photobook, a lyrics postcard, one random photocard out of eight, a CD, and a double-sided poster.

Meanwhile, WINNER will hold its WINNER EVERYWHERE Tour Encore in Seoul at the KSPO Dome on January 5, 6 p.m. KST.

Jinwoo, Seunghoon, Mino, and Seungyoon will then embark on the North American leg of their world tour, beginning in Seattle on January 15.

Hellokpop, as an independent Korean entertainment news website (without influence from any agency or corporation), we need your support! If you have enjoyed our work, consider to support us with a one-time or recurring donation from as low as US$5 to keep our site going! Donate securely below via Stripe, Paypal, Apple Pay or Google Wallet.
FacebookTwitter
SubscribeGoogleWhatsappPinterestDiggRedditStumbleuponVkWeiboPocketTumblrMailMeneameOdnoklassniki
Related ItemsWinner
← Previous Story Hyuna And Hyojong Announce Plans For Future Performances
Next Story → Woo Do Hwan And Yang Se Jong To Headline jTBC’s Action Historical Drama “My Country”