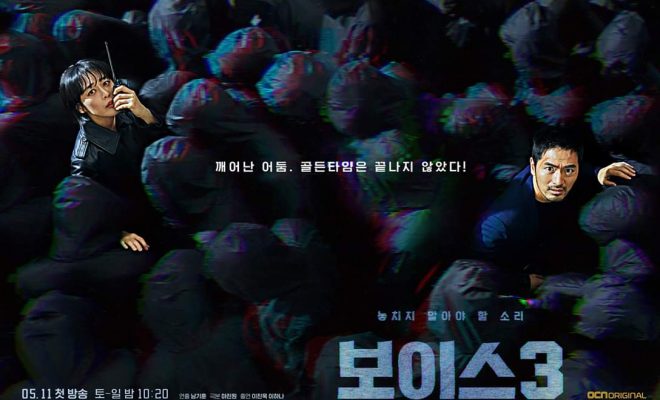 Within six minutes of its first episode, Voice 3 announces readiness to triple the thrill for this season.

Going all-out for its exposive opening week, Voice 3 sets the bar on the gripping direction of the serial killing chase it will head on. For its kickoff, the series notched impressive viewership numbers proving its loyal following. 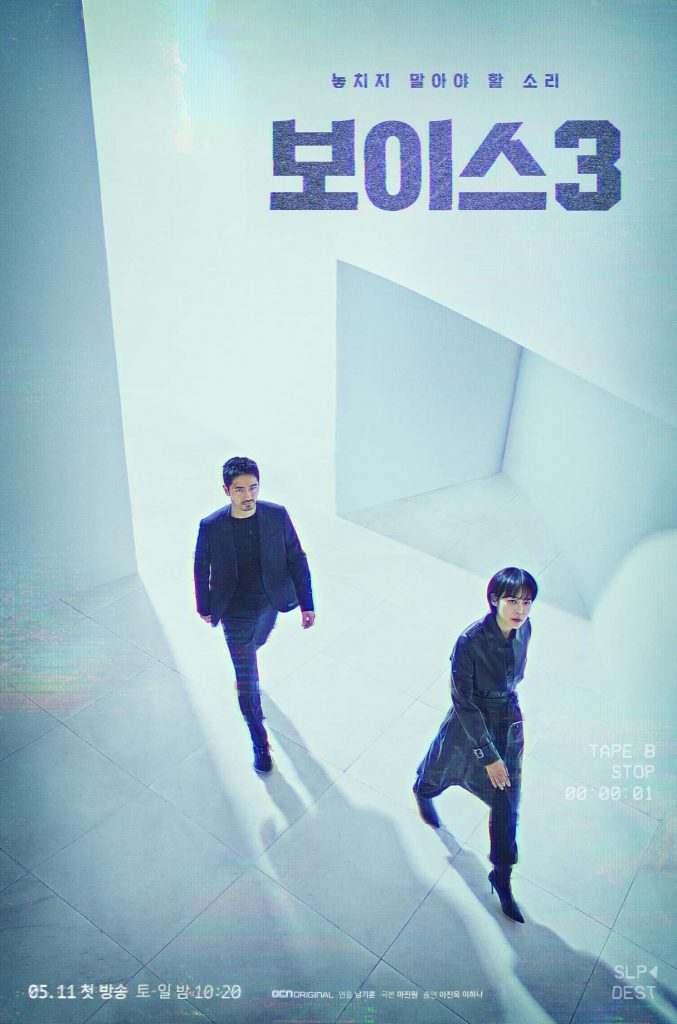 Picking up from the events of the second season, Voice 3 begins with Golden Time team searching for Team Leader Do in the last eight months.

Lee Jin Wook and Lee Ha Na reprise their roles and are up to connect the clues of Do’s haunting past. The monstrous villain makes an introduction with a gruesome murder of a painter that was pinned on Detective Do.

When Detective Do’s ID shows up in a crime scene in Japan, Kwon Joo and members of Golden Time (GT) team go to Japan to cooperate on the case.

Eventually, they reunite with Detective Do, who is still yet to reveal his whereabouts in the last 10 months. Giving cold treatment to his team members, Kwon Joo decides to call it quits with the man they wasted time and effort on. However, an urgent call from a Korean young woman binds the team together to save her from imminent danger. 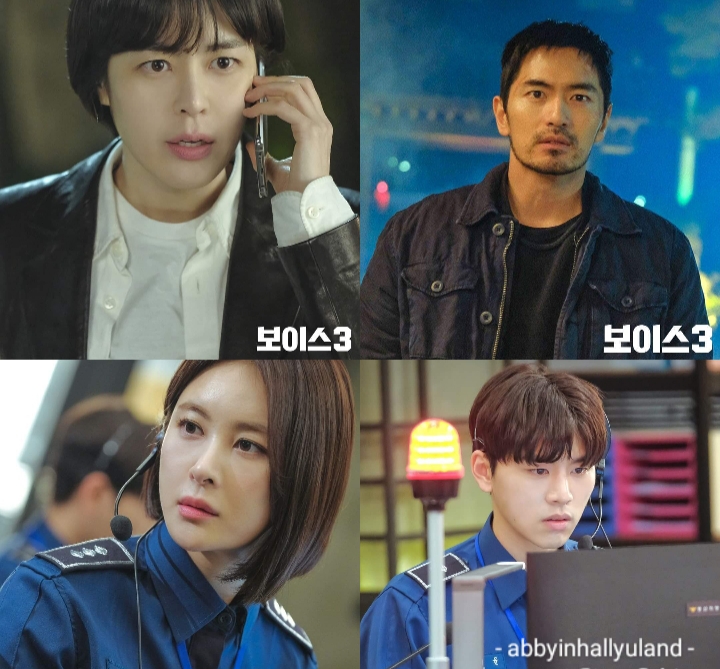 The victim, who is also GT’s tech guy expert’s cousin Se Young, travels to Japan with her friend because of a coupon they won for a guesthouse. It turns out that they were scammed, so they grab a cheap hostel ad from a travel app they were using. Little did they know that escaping the mean owner of the hostel who defrauded them, would lead them to a merciless monster.

But Se Young was able to call for help. Through the clues from Kwon Joo’s gifted ears and Detective Do’s keen deduction, they trace the right guesthouse and meet the calm and collected psychopath. Warding off the Japanese police team, Kwon Joo figures out the inconspicuous portal leading to a basement, where the guesthouse owner keeps his victims.

Escaping the police officers who apprehended him, the serial killer goes to a nearby forest. Detective Do pins him down and tries to get some information about someone he is looking for. In the brink of almost killing the culprit, Detective Do was calmed down without getting the answer he needed. 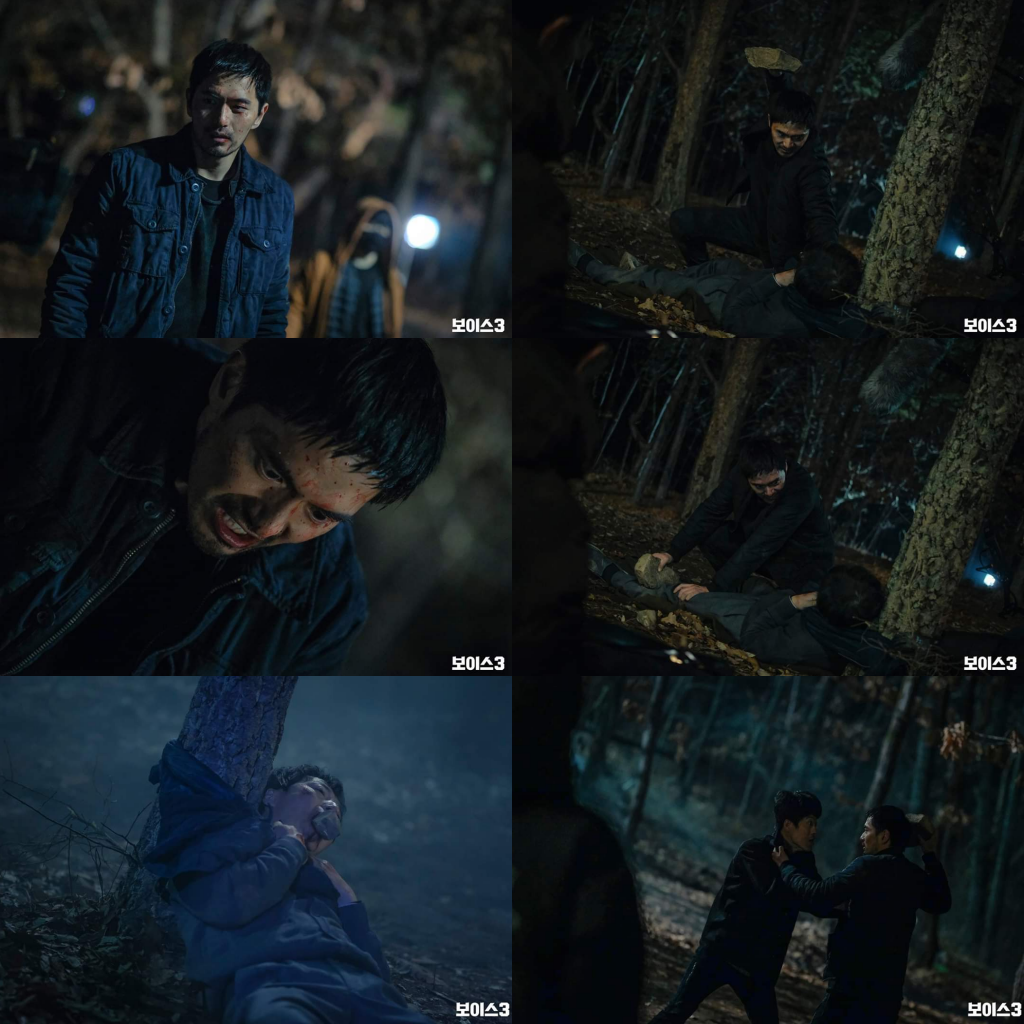 Taking over the culprit, the Japanese police resolves a case of abduction they were working on. Furthermore, Detective Do was also cleared on the murder of a renowned Japanese painter, since there was no trace of DNA in the crime scene.

Bargaining his way out of trouble for smuggling himself in Japan, Detective Do confessed to Kwon Joo what he has been up to since he went missing. He explains how he figured out that someone has been tracking their moves in the Bang Je Soo case. To uncover information, he sets forth to Japan illegally to probe on an online group that auctions hardcore snuff films, body parts and souvenirs of serial killers.

With a heavy crime to solve, Detective Do agrees to work with the same team for the “Auction Fabre” case. Simultaneously, the Japanese detective who is suspicious of Detective Do, visits the place where the latter is staying. There he discovers a creepy sight of investigation timelines and bloody pointed objects. Meanwhile, at an asylum, Do Ki (Ahn Sr Ha) – the surprise villain from last season, is taken by the same masked man who killed the Japanese painter. At a prison, Bang Je Soo mulls over the news of Do Kang Woo’s Japan secret investigation.

I have been with Voice franchise for three seasons because “it’s not just another crime story”.

Signaling the theme it will thread on, the premiere week of Voice 3  will feature a heinous and disgusting internet-based cartel. This coincides to the drama’s pre-released information that it will largely highlight cybercrimes.

In the closing minutes of Episode 2, Detective Do shows signs of his psychopath nature overpowering him. I hope they will find the cure to straighten him up fast. Additionally, Kwon Joo was also hinted of experiencing hearing problems, which came from the trauma of the explosion she witnessed right before her eyes. Kwon Yul is expected to join the cast roster of the series, while the masked villain is yet to reveal his real face. 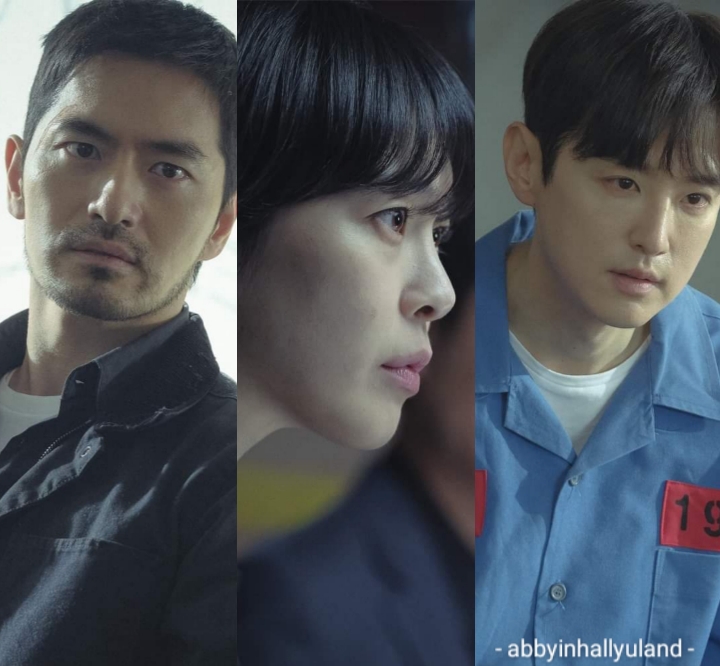 Voice 3 keeps up with its predecessors enthralling narrative. The attention to details that involve the characters sets to claim another full marks trajectory. If the story maintains its usual progress, the audience should look forward to a few chasing-criminals episodes that function as stand-alone side stories. Also, it could be connected to the central conflict that will be resolved in the end game.

Voice 3 airs on OCN on Saturday and Sunday.