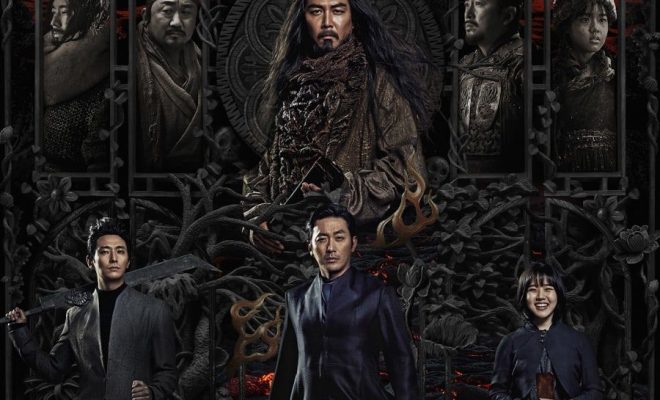 K-Movie Review: “Along With The Gods 2”, An Emotional Journey With A Tint of Comedy

Along With The Gods 2: The Last 49 Days is an improvement to what was not previously achieved by its predecessor. Read on. 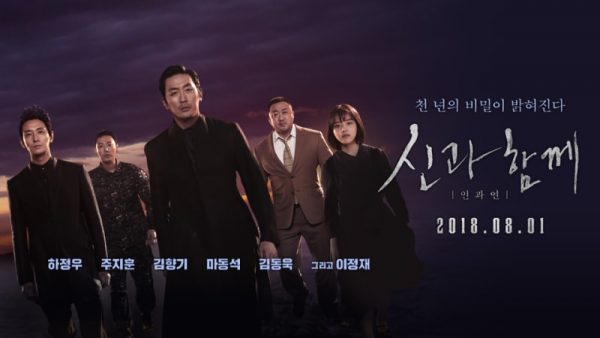 Along With The Gods 2 Cast. // Photo Credits: Lotte Pictures

Based on an award-winning web-comic, which surpassed over a billion views, Along With The Gods is South Korea’s first 2-part feature film. Dealing with 7 trials within 49 days in the afterlife, the film features an ensemble star studded cast and promises an epic scale fantasy genre, mixed with thrilling action and heartwarming drama.

Along With The Gods 2: The Two Worlds debuted in December 2017, while its Part 2, The Last 49 Days, was theatrically released in August 2018.

Along with the Gods 2 : The Last 49 Days follows the journey of three Afterlife Guardians and Su-hong as they journey through their 49th trial in order to gain their reincarnation. It showcases how the Guardians slowly recover their forgotten memories through the Household God in the living world.

Sweeping the attention of 10 million viewers in its second week of release, Along With The Gods 2 has definitely raised the bars for the movie industry. But this achievement does not come unidentified; different aspects of the movie proves itself deserving of the 10 million and counting views.

Here are the several highlights, although the list is exhaustive, of why we think so. 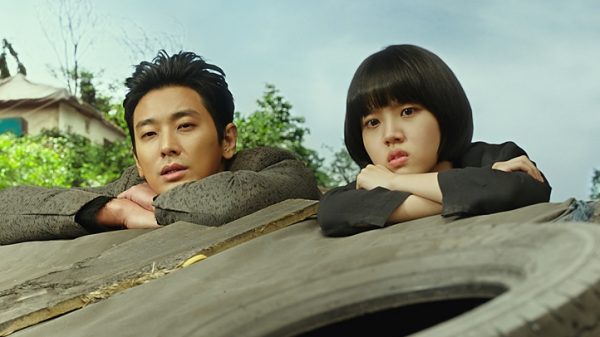 If its previous counterpart centers itself on the seven trials and judging the dead’s afterlife fate, Along With The Gods 2 seems to take a slight detour. The second installment focuses predominantly on the relationship between the grip reapers; within the context of the afterlife journey. Many aspects stayed from Along With The Gods: The Two Worlds, such as the seven trials, judges, reincarnation, and story plot. But the previously unrevealed relationship between the grim reapers and those alive makes the story an emotional one.

As paradoxical as it may sound, this second sequel serves as a prologue and epilogue to its first installment. 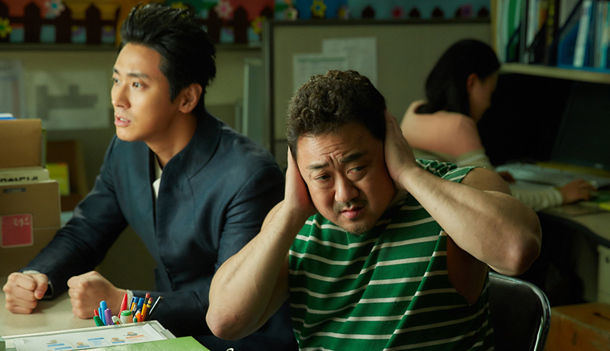 Comedic relief is a major, and most satisfying improvement when comparing both movie sequels. While having a rather deep and dark theme, pulling off occasional little jokes makes certain aspects of this movie memorable. The appearance of actor Ma Dong-seok sure helped boost the movie’s comedic effect. But the scriptwriters’ ability to keep the jokes relevant has played a huge role in it.

And it is within those tiny jokes that the storyline becomes more touching than it is intended to be. 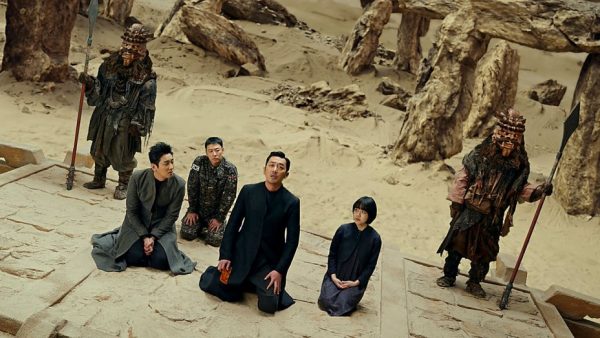 Having an amazing storyline is probably halfway in working towards an impeccable movie production. The other half goes to how well the visual production is executed. The movie’s first sequel proved the production team’s expertise in CGI and the aesthetics. And this one shows no different. However, a praiseworthy aspect of Along With The Gods 2 is its transitions; that’s being said, the ability of smooth transition visuals between the so-called 1000 years ago period and the current era.

If we have to define the two-hour movie into a sentence, it would probably be “an improvement to what was not previously achieved by its predecessor”. From the movie’s general outline to minute complexities, the production team has successfully showcased what learning through experience means. With the confirmation of its third and fourth sequel, a large extent of effort must now be exerted to meet the growing audience expectations. But with how much the improvements have been made whilst comparing its first and second parts, aiming higher seems viable at the current pace.

Special thanks to tvN Asia & tvN Movies for the preview screening invite of “Along With The Gods 2: The Last 49 Days” at Cinemaxx Semanggi in Indonesia

Hellokpop, as an independent Korean entertainment news website (without influence from any agency or corporation), we need your support! If you have enjoyed our work, consider to support us with a one-time or recurring donation from as low as US$5 to keep our site going! Donate securely below via Stripe, Paypal, Apple Pay or Google Wallet.
FacebookTwitter
SubscribeGoogleWhatsappPinterestDiggRedditStumbleuponVkWeiboPocketTumblrMailMeneameOdnoklassniki
Related Itemsalong with the godsAlong With The Gods 2
← Previous Story “Along With The Gods: The Last 49 Days” Joins South Korea’s Elite 10-Million-Movie Club
Next Story → Yoo Ji Tae & Lee Yo Won To Become Undercover Agents In Period Spy Drama “Different Dreams”