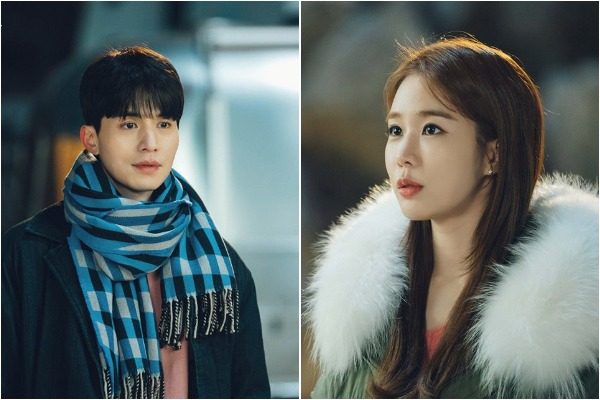 Key Moments In Episode 8 Of “Touch Your Heart”

Jung Rok finds himself competing against his male colleagues for Yoon Seo’s attention.

Love seems to be in the air, as Jung Rok and Yoon Seo further strengthen their relationship and two more pairs are hinting at possible romances as well. The weekend workshop knocks some sense into Jung Rok as he realizes he needs to step up his game where Yoon Seo is concerned. He finally understands what Se Won meant about men battling for her consideration. 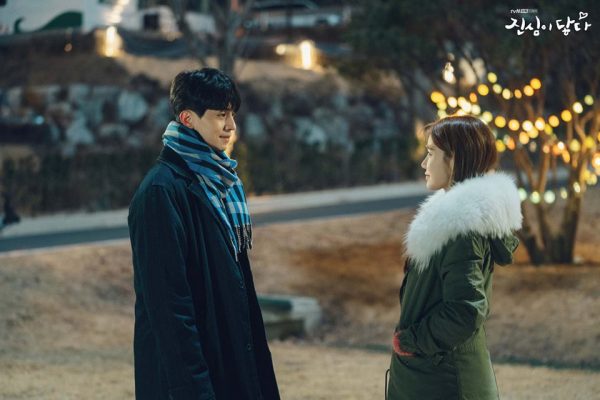 “I LEFT JEALOUSY AT HOME”

After their observatory date, Yoon Seo plans to have a more formal date with Jung Rok. Just as she confirms her booking online, he tells her that he is going to have a drink with Yeo Reum to clean up the air between them. Trying not to show her disappointment, she pretends she made the reservation for her and Dan Moon Hee. At the restaurant, she finds out from Moon Hee that Yeo Reum is Jung Rok’s first love, but they did not date as she likes Se Won, Jung Rok’s friend.

Yoon Seo calls Jung Rok to tell him that they need to talk. Outside Jung Rok’s place, she grumbles about him still seeing a woman he used to have feelings for and that no girlfriend would want that. Jung Rok tells her it was all in the past. As they argue, Se Won calls Jung Rok and invites Yoon Seo inside. Se Won is surprised to learn that Jung Rok is dating Yoon Seo and admonishes him for making her angry. Jung Rok lets him know the root cause of their argument. Se Won assures Yoon Seo that there are no lingering feelings as Jung Rok is solely focused on her now.

The next morning, Yoon Seo surprises Jung Rok as she waits for him and asks him to go to work together. She mentions that she has left her jealousy at home because it will only cause a rift in their relationship. Jung Rok holds her hand during the ride to the office.

During a meeting, Joon Kyu introduces two trainees who will be working with the lawyers of Always Law Firm. The CEO also invites the two to join them in their weekend workshop. Yoon Seo arrives late as she attended to a client’s call. The trainees are obviously in awe of Yoon Seo and are even more excited to work when Joon Kyu assigns them first to Jung Rok.

In Jung Rok’s office, the two fawn over her, much to Jung Rok’s chagrin. While giving a file to Jung Rok, Yoon Seo teases him and asks if he is jealous. Jung Rok replies that he is not and that he already told her jealousy is such a useless emotion. He adds that he also left his jealousy at home. Yoon Seo mutters to herself that it would have been nice if he is somehow jealous. 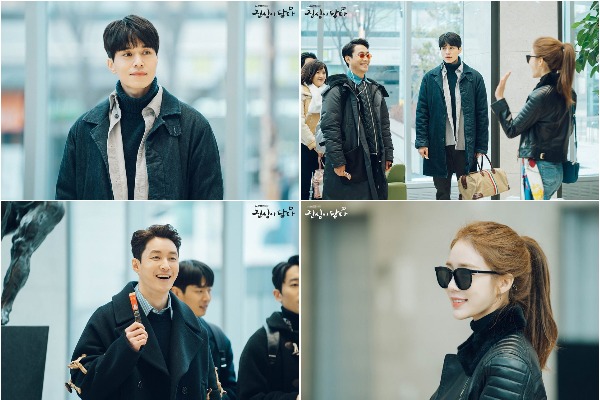 The team and the trainees go out on the planned workshop where most of the men are extra attentive towards Yoon Seo. They all find ways to catch Yoon Seo’s attention, leaving Jung Rok out. During the barbecue party, Yoon Seo is thrilled to learn that Joon Kyu gives out awards during workshops. She is even happier receiving hers.

Yoon Seo lends Joon Kyu her lucky mirror but unfortunately he drops it. Although she is sad to lose the mirror, she tells the law firm’s CEO that it is okay. Having trouble sleeping, she goes out and gets surprised to see Jung Rok outside as well. He tells her that he went out to search for her mirror knowing how important it is to her.

He even tells her that he feels sad for most of the day because he can’t seem to do anything for her. Jung Rok adds he wants to be the person who can make her laugh and admits he is being jealous this time. Yoon Seo finds him so adorable at that moment and asks if she could kiss him. She does and tells him that he should not ask her if he wants to kiss her. Jung Rok reaches out to her and they share a kiss.

Touch Your Heart episode 8 is the most adorable and sweetest episode to date. We were showered with a lot of heart-fluttering moments, not only with Jung Rok and Yoon Seo but with other couples as well. Se Won and Yeo Reum seem to be getting on good terms, while lawyers Choi and Dan are developing a romance of their own. Paralegal Lee, though very obvious, still tries to deny that he has his eyes on Secretary Yang. 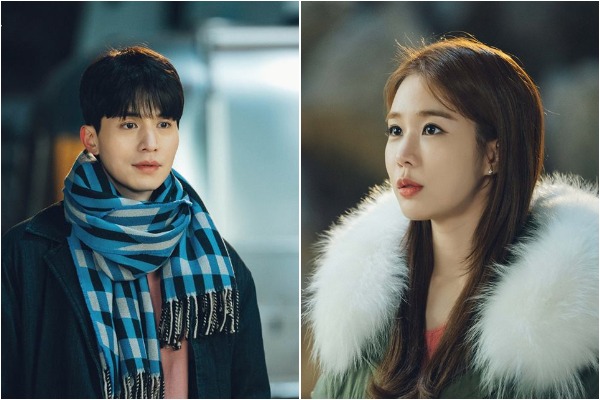 It’s such a delightful thing to see Jung Rok smiling at Yoon Seo’s cute, albeit embarrassing, antics. I also find Yoon Seo’s naivete adorable and just like Jung Rok, I was grinning from ear to ear watching her. This episode also showed yoon Seo’s deprivation. She may be living a glamorous existence but she is yet to experience the simple pleasures life has to offer. Her temporary stint in Always Law Firm is giving her the opportunity to enjoy it. Apart from having fun living an ordinary life, Yoon Seo is gaining friends as well, something she clearly lacks in the entertainment industry.

The first half of Touch Your Heart spoiled us with sweet and light moments, pushing the conflict to the background. As much as I love the simple and breezy atmosphere of the drama, I am yearning for something that would shake and eventually burst our couple’s happy bubble. I hope it is something that is not too complicated and over dramatic, just enough to spice things up. And based on the preview, the second act might just give viewers that.

Catch the exciting second half of Touch Your Heart on tvN and tvN Asia.