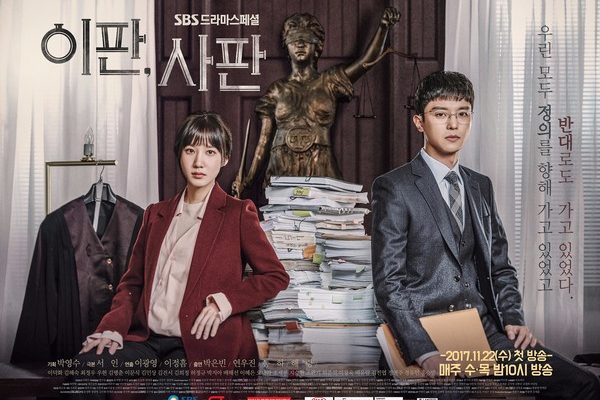 Judge vs Judge completes SBS all-year legal drama binge, but this time around we get the lives of courtroom judges in focus. 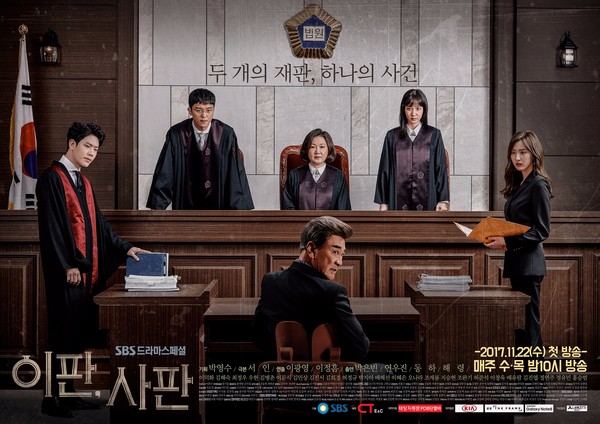 Judge vs Judge kicks off on fair numbers, and is expected to hike up the ratings, given how the opening salvo showcased characters and story trajectory that might pique your interest.

I still have reservations on the PD spearheading the project given the disappointment I got from Entertainer, but hey being a kdrama fan requires patience. Also, the lead trio are known to their character commitments. Given the nicely cooked opening week, I only look forward to not having to encounter bumps along the way.

Fresh from their well-received dramas this year, Yeon Woo Jin (Queen For Seven Days), Park Eun Bin (Age of Youth 2) and Dong Ha (Suspicious Partner) look all business in their roles for the premiere week of Judge vs Judge. 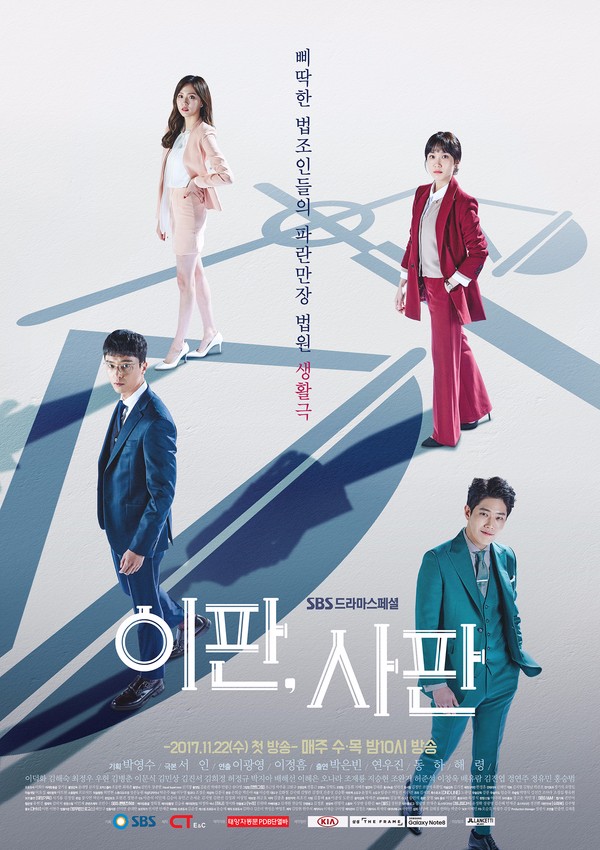 Troublemaker Judge Lee Jung Joo (Park Eun Bin) loses her temper in one of the cases their team is presiding, when the defendant argued how he was just teaching adult education to the children victims he molested. In another court unit, role model Judge Sa Ui Hyun (Yeon Woo Jin) weighs on a murder case of a defendant, who is a mother to a mentally challenged son.  The stern prosecutor in charge is Do Han Joon (Dong Ha), who is pushing successfully an unfavorable verdict against the defendant.  A quick recess is called to calm the ruckus caused by the defendant. Prosecutor Do stops by at his estranged friend office, noticing his lady love’s shoe and a gum stuck on Judge Sa’s hair.

Apparently before heading to work, Judge Lee’s bag is stolen while removing the gum she stepped on near the subway. She threw in her shoe at the thief but it hit Judge Sa who managed to corner the bag thief in an alley.  Judge Lee retrieves her bag through Prosecutor Do’s lead. They head to meet Judge Lee’s mentor, who is also Prosecutor Do’s mother for lunch to lighten up Judge Lee’s burden caused by her flare up which has already gone viral.  Judge Sa encounters a courtroom issue with the current case he is working on. The accused murderer declares her innocence by writing it with her blood on the court stand’s wooden pane. Her medical condition worsens, and is rushed to the hospital for treatment. 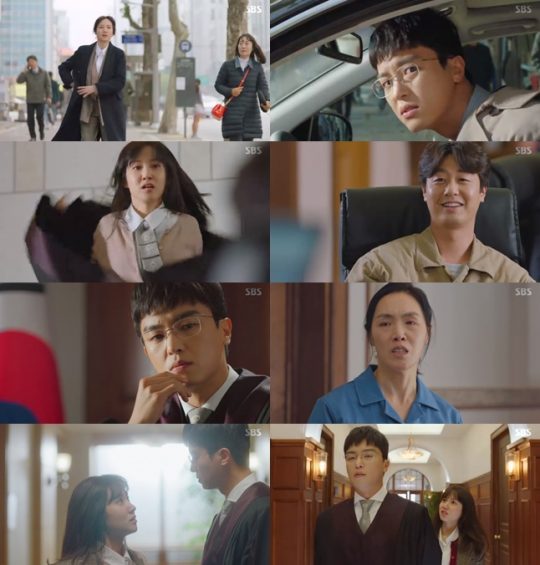 The chief leaders of the courthouse summon the junior judges involved in the recent troubles tainting their office’ reputation.  They decide to use Judge Lee’s outburst to redirect the public’s attention to the high-profile murder case that is in the brink of being scrutinized for misruling by the previous magistrate that handled it, who turns out to be Judge Sa’s father.

The hearing for the child rapist resumes and the defendant manage to grab a court staff.  He threatens to kill the woman and commands everyone to leave except Judge Lee, who relents to his condition. The offender orders Judge Lee to burn the case file, but she strongly refuses to his request.  He gives her a choice to destroy the evidence or undress her clothes, but she remains firm in protecting the evidence.  Prosecutor Sa who is experienced in negotiating hostage situation enters the room and hints the hostage to agree in taking off her robe.  Remembering her early encounter when they nearly wore his robe as one in his office.  She uses the rapist’ lighter and her robe to divert his attention to allow the police force in subduing the assailant.

Prosecutor Do is enraged to what happened to Judge Lee and sends a cold message to the offender when they were alone in the confession room.

Meanwhile, Judge Lee’s brother, who is jailed for rape and murder, assaults the child molester who is transported to the same prison as he is to avenge his sister. 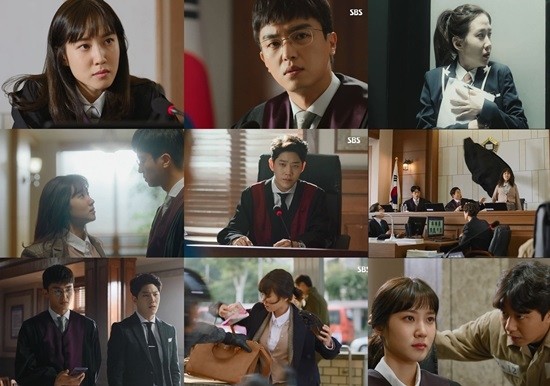 I still have a bit of trauma from Dong Ha’s convincing psycho portrayal in Suspicious Partner so I love how he transitions from a prosecutor of steely attitude to love-stricken good boy to his mother’s favorite student. The waning frames of the opening week drops an air of cryptic message directed to the male leads.  I am hoping his character will not sway to the dark side anymore. He deserves it at the very least.

We get a glimpse of the main conflict gist, which involves the main leads and their fictional families entangled in a muddled case from events of their past.

Judge vs Judge knows how to throw in the proper bait by presenting an enigmatic picture of the story and inciting questions at the same time.  On that note, it is safe to to include it on your watch list.

Judge vs Judge airs on Wednesdays and Thursdays via SBS.