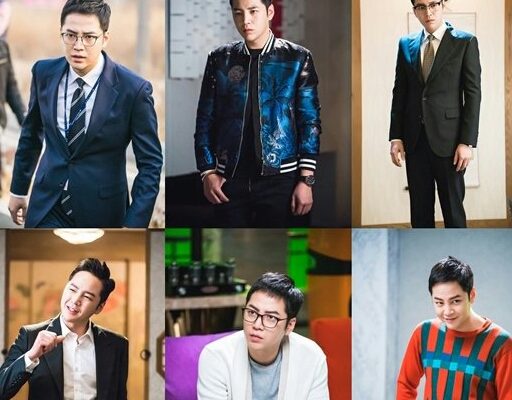 The outwitting game rolls onto the second week of Switch Change The World!

Switch Change The World topped ratings for mid-week dramas airing on the same-time slot for its second serving.

Switch Change The World moves at a speed of light, and the comic tones fused to its crime setting is so far engaging. Very. 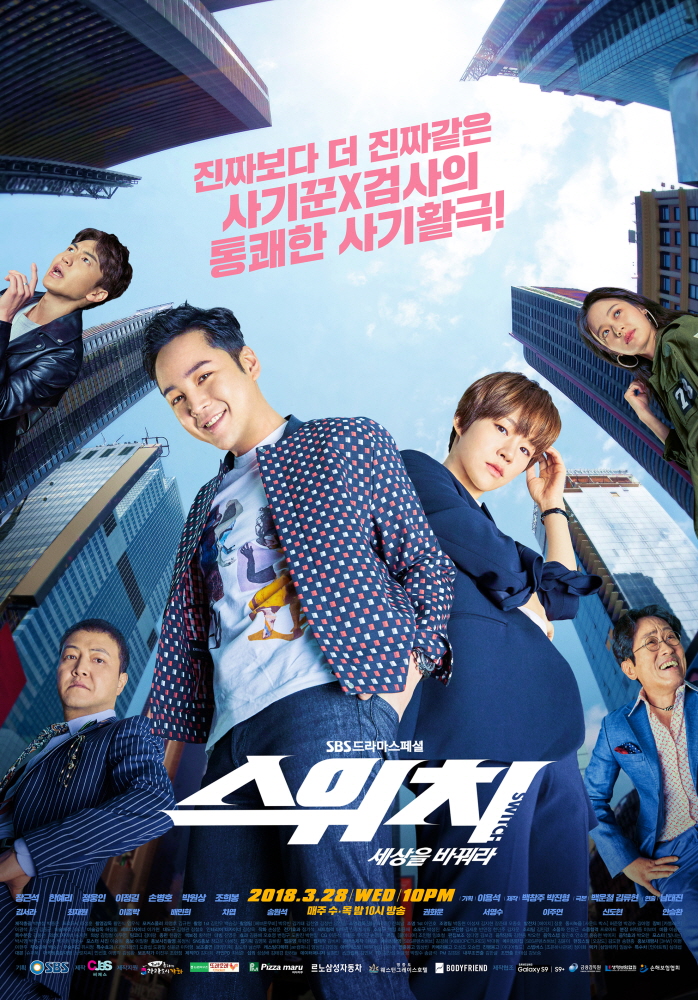 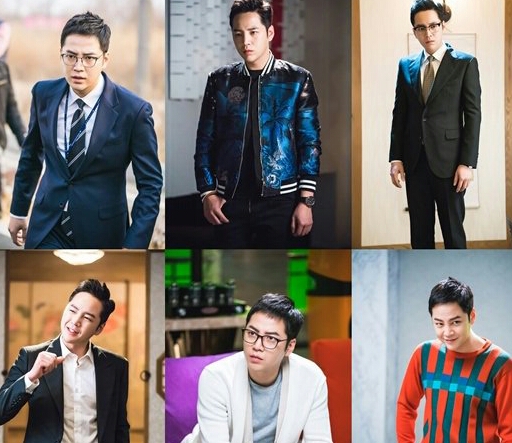 Sa Do Chan survives the trap laid by the kidnappers, who initially cast the bait to lure Prosecutor Baek Jun Soo. The latter has persistently kept on investigating the illegal activities of the story villains.

When Sa Do Chan threatens coming out clean if Oh Ha Ra refuses to reveal the details of the case he was forced to join, she discloses the truth about the drug-trafficking case which they are investigating. She also mentions a key character involved in the wicked trade, who is the same person that Sa Do Chan has been looking for in the last 20 years. 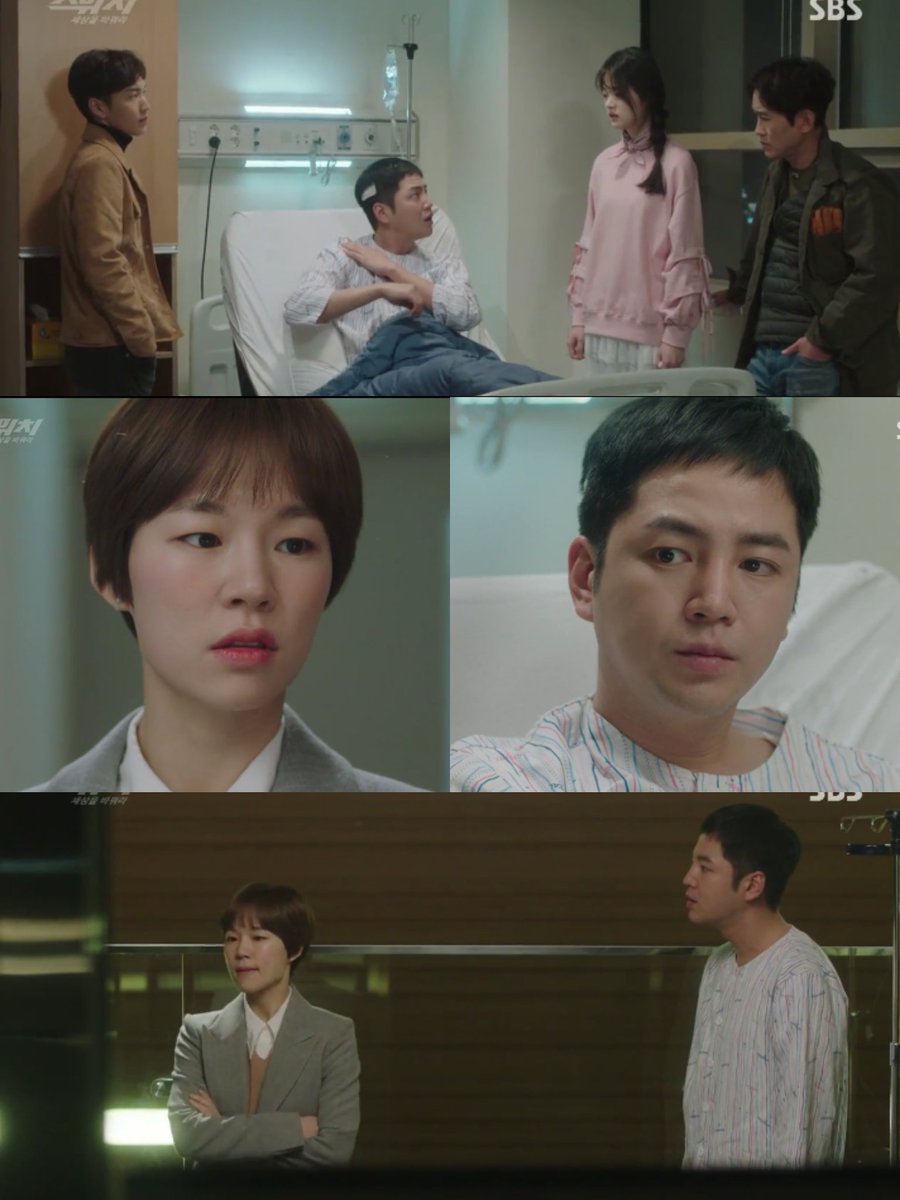 Sa Do Chan deduces the connection of the case to a goal that he has been working on almost all his life. He summons his team for their new mission, and goes back to the Prosecutor’s office to continue his pretension as Baek Jun Soo.

Detective’s instinct kicks in Chief Go as he tries to verify Sa Do Chan’s identity by getting his thumb mark. But the skilled con artist has figured it coming, and already prepared for it. The result is 99.9% match, resulting the detective apologize for his suspicion. Sa Do Chan gains a trusted man out of what happened, and so he asks for a favor to investigate on a case that happened 20 years ago, which was handled by gallery-owner-villain Geum Tae Woong.

The hidden villains in the Prosecutor’s office, who are alerted of a possible poser of Baek Jun Soo, investigates on the claim, and uses District Prosecutor’s birthday celebration to corner Sa Do Chan. An old friend of Baek Jun Soo is invited to narrate how his friend has a scar on his back from a fire that they survived years ago. The proponent of fake-Baek-Jun-Soo claim challenges Sa Do Chan to reveal the scar. He gladly obliges, and shows the burn scar on his back. 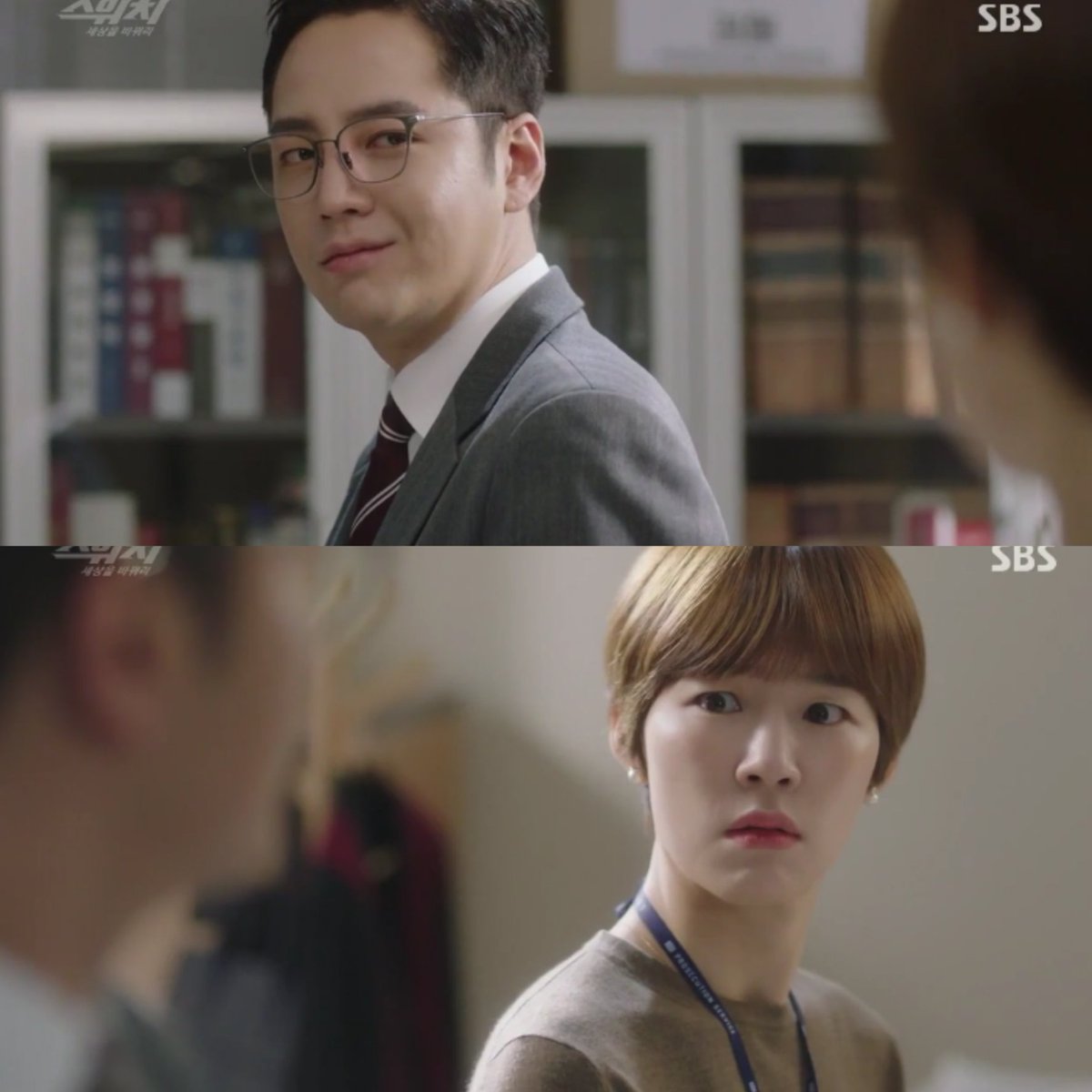 Baek Jun Soo is Back!

Ha Ra thinks that the scar is another trick pulled by Sa Do Chan, but stops when she realizes the gaze that she is familiar with. It turns out that Sa Do Chan moves Baek Jun Soo to a different facility as he senses imminent danger for him.

Baek Jun Soo wakes up during the transport, and Sa Do Chan feeds him of what has transpired when he is out of consciousness. Ha Ra throws herself onto her senior’s arms, who faints again because of the strain in putting the act in order to save his team from trouble. 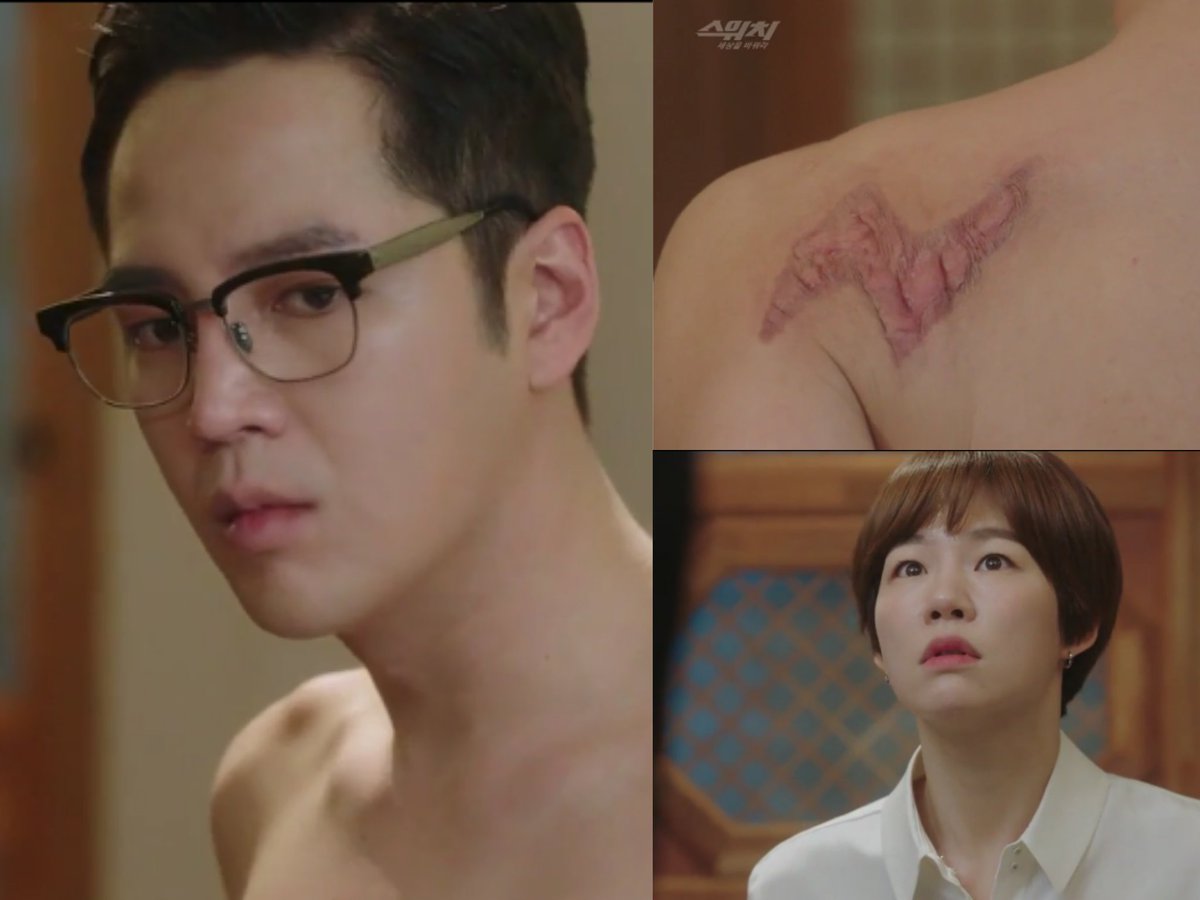 Jun Soo, being righteous to the core, castigates the team with their actions, but Ha Ra’s reasoning of bending rules for the greater good sways his conviction. He agrees to join the team to catch the illegal drug trafficking that is channeled through diplomats, who have the immunity on having their bags not to be inspected.

Sa Do Chan and his posse obtain intel for the investigation. The smart villains let them check on the diplomats’ pouches, not knowing that they already diverted strategy as predicted by Jun Soo. The team figures out the safe route used by the villains, but the stake is high since it will involve the country’s president.

Sa Do Chan pays a visit to Geum Tae Woong, and remembers him to be the police who came looking for his father when he was young. They calmly calculate each other’s strength by playing a board game.

Team Switch come up with a plan to stop the President’s entourage on the road so they can check the items that are included in his entourage. They search every nook and corner but to no avail. The last truck with wooden crates is the last to be inspected, but nothing is detected.

The president’s secretary is enraged by Ha Ra and Sa Do Chan’s impudence, but the latter recognizes the diplomat from their collated research. He goes back inside the truck to open one of the boxes. He finds a statue and drags it down to the ground, revealing the drug packet they are looking for. 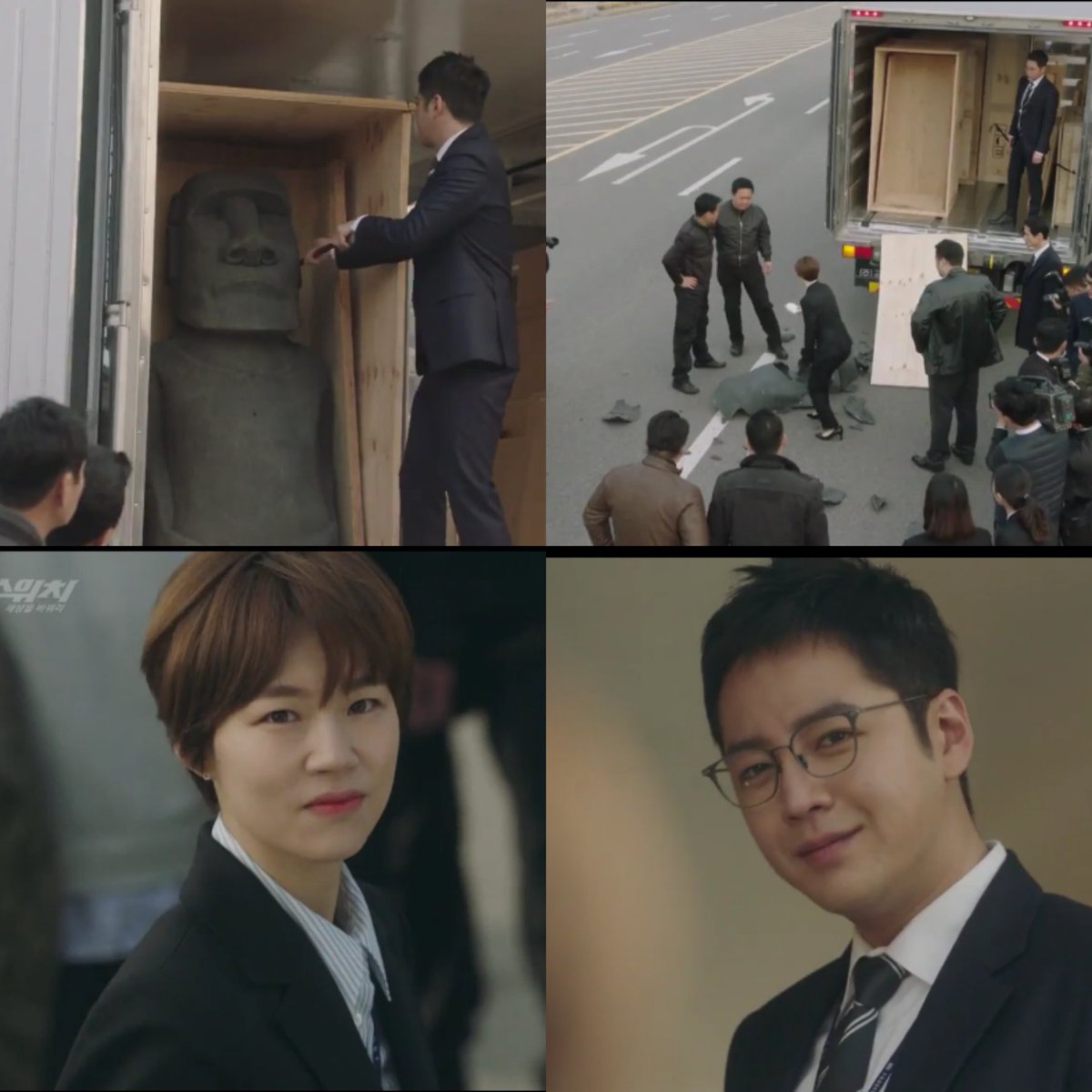 Check out our Twitter picture recap for Switch Change The World below.