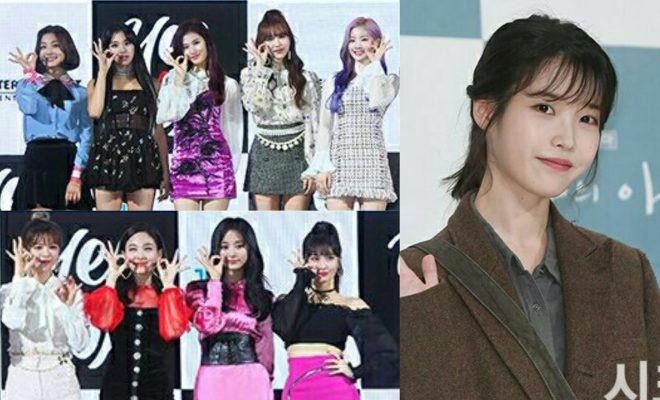 Korean fans will be having the bonus perk of seeing TWICE during IU’s solo concert!

TWICE has announced that they will be joining IU on stage at her solo concert in Seoul as special guests! 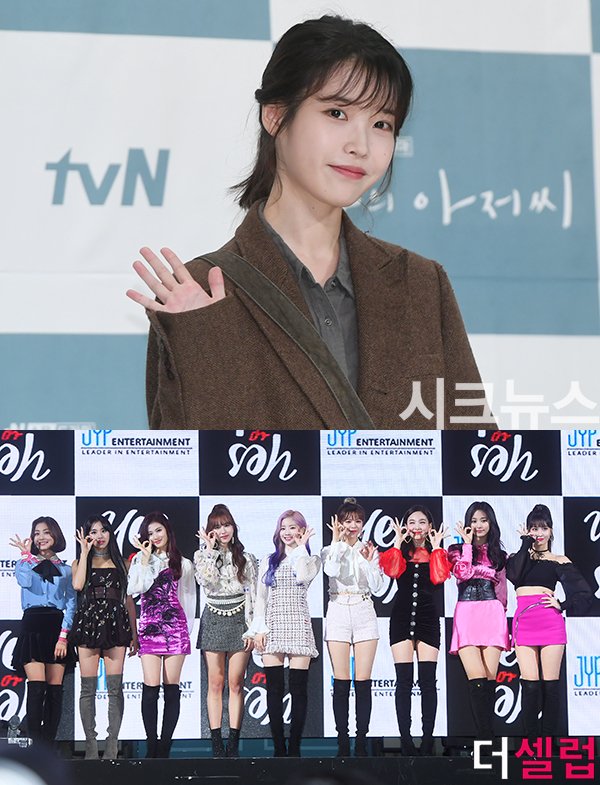 One thing’s for sure – we are loving the sunbae-hoobae relationship between IU and TWICE! Both had been showing warm affection towards each other – and in fact, TWICE has even announced that they will be joining IU on her concert as special guests!

The girl group is set to make a bonus appearance on IU’s concert in Seoul on November 17 and 18. Set to be held at the Olympic Gymnastics Arena, the girls will be joining IU on stage to face a full crowd on both days – as the back-to-back shows had already been marked sold out!

IU’s concert series is part of her celebration for her tenth anniversary, preceding the release of her single “Bbi Bbi” which also serves as commemoration for the same milestone.

Her concert tour started on October 28, and it has included shows in three cities in Korea and four cities in Asia – namely Hong Kong, Singapore, Bangkok, and Taipei.

The promotions for the female solo artist’s new single had overlapped with TWICE’s activities for their sixth mini album Yes or Yes. Because of this, they had been able to share a sunbae-hoobae relationship which had raised fans’ anticipation and curiosity about the performance they will deliver on the show.

Are you excited to see TWICE join IU on stage? Let us know by leaving a comment below, giving us a holler on Facebook, or tweeting us at @hellokpop!