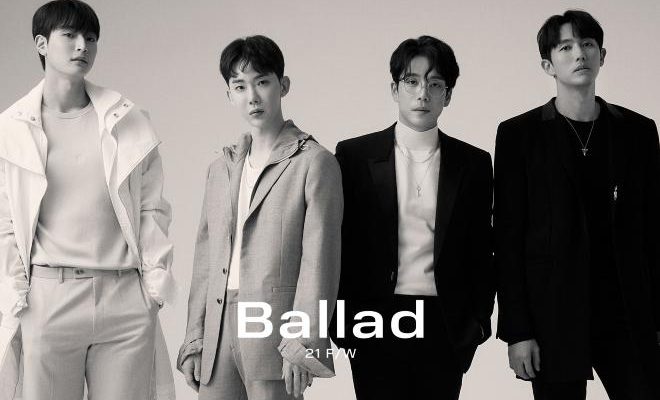 Gather around, global IAM! 2AM is finally returning as a full group!

2AM ends hiatus as the members announce their return as a full group. 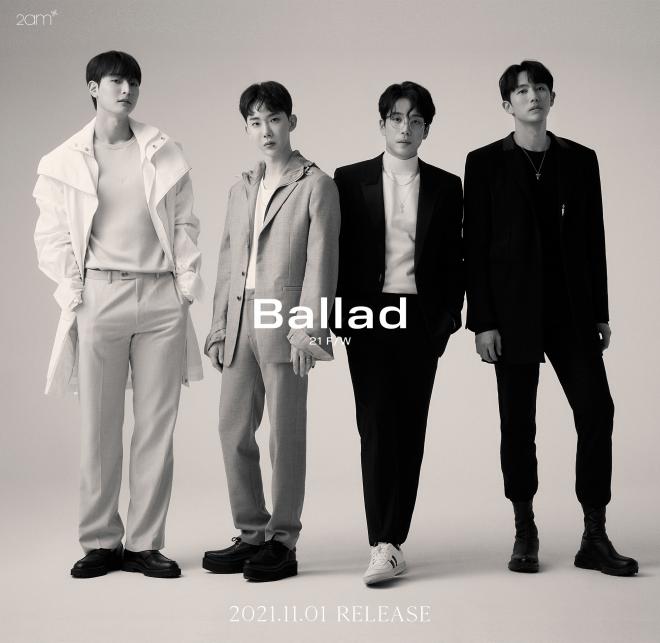 At midnight of October 12, the other half of JYP Entertainment’s One Day released a teaser image to announce the much-anticipated return. The golden ballad group surprised fans with the reveal of a new album entitled Ballad 21 F/W which will mark their comeback as a whole group after seven years.

The black-and-white teaser image immediately attracted huge attention from global fans. It contains a serious yet dandy charm from the four members even though they’re only standing side-by-side. 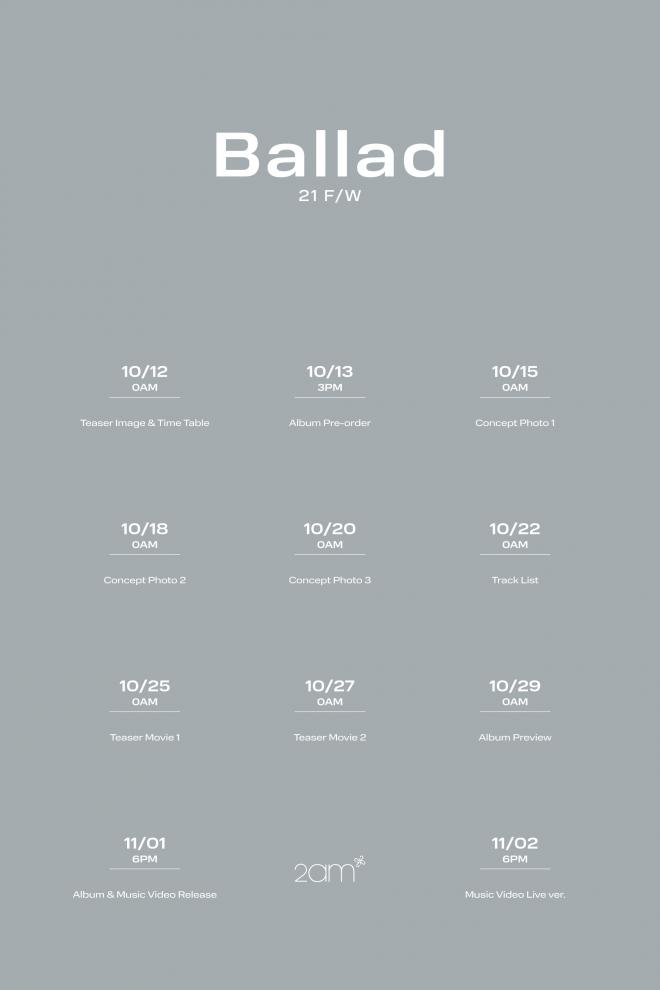 Along with the image teaser was a comeback scheduler that will guide fans to the days when 2AM will release several contents ahead of its imminent return to the music industry. In particular, 2AM will unveil three sets of concept photos on October 15, October 18, and October 20. The tracklist for the Ballad 21 F/W will be revealed on October 22, followed by two teaser movies on October 25 and October 27.

Moreover, this will be the first comeback of 2AM after seven years since the third full album Let’s Talk in October 2014. After the third album, in March 2015, Seulong and Jinwoon did not renew their contracts with JYP Entertainment. The two chose to sign to other companies.

On the other hand, Changmin’s contract expired in August 2015. And Jo Kwon parted ways with JYP Entertainment in September 2017. Despite this, JYP Entertainment assured that 2AM had not disbanded and hinted at the possibility of the group continuing promotion in the future.

Meanwhile, 2AM will release its new mini-album Ballad 21 F/W on November 1 at 6:00 PM KST. Several contents will be unveiled ahead of the comeback such as concept images, the tracklist, and music video teasers.