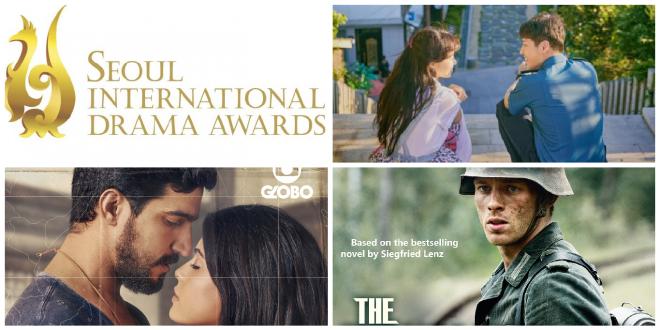 The Seoul International Drama Awards 2020 highest honor went to Orphans of a Nation from Brazil!

The Seoul International Drama Awards Organizing Committee (Chairman Sung-jae Park) announced the winners of SDA 2020 awards during the ceremony which was aired on MBC at 3 p.m. September 15.

Amongst the 212 dramas from 41 countries, 8 entries are nominated in each Program Category, including TV Movie, Mini-Series and Serial Drama, along with 4 from the Short-form category which was newly-established this year. 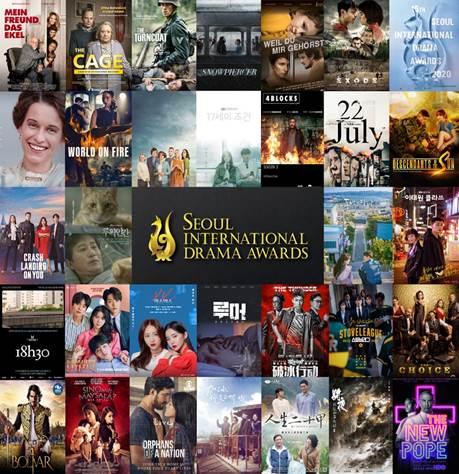 A 154-episode drama based on a novel in Brazil, combining various cultures, religions and ethnic backgrounds. The story is about a Syrian refugee heroine and a male main character from Lebanon, overcoming the challenges of their environment with family love and amid a violent whirlwind of fate, jealousy, obsession and escape.

The juries evaluated that the quality of the work was enhanced by a solid story composition that dealt with refugees and their plight, sophisticated visual aesthetics, and grand scale spanning continents.

The drama tells the story of a young German soldier and his love, agony and despair during the war in 1944. The Turncoat recorded 14% viewer ratings in Germany, and was evaluated as a drama with outstanding directing, story and music by SDA juries.

Showing the power of Korean drama, the story tells the growing pains of ordinary 17 year old young people. Contributing to its evaluation as a well-made drama are its long-take edits and delicate directing.

The drama drew upon the life of ordinary people during the Second World War through a realistic story and splendid picture.

Proving its quality of work and popularity, Itaewon Class presented a cathartic experience and moved viewers through the story of a poor, young man’s passionate revenge and success.

Bolivar is a drama based on the true story of Simon Bolivar, a revolutionist who liberated Latin America from Spanish colonial rule.

The series recounts the story of an unknown entertainer’s rise to stardom and romance. The drama’s support for ordinary people who faithfully live their lives was highly complimented.

Winning the newly established award this year,18h30 presents two main characters who are co-workers. They head to the bus stop together every evening at 6:30 p.m. The drama gathered the five-minute moments leading to the stop and realistically described changes in daily life and relationships.

This piece was highly evaluated for its challenging and detailed production and cinematography such as one scene, one cut.

Gong Hyo Jin of When the Camellia Blooms won the Best Actress Prize in the individual prize category. She was highly praised for her role and irreplaceable acting as Dongbaek, the character who is surrounded by prejudices but has a strong character.

Lim Sang Choon, the author of the aforementioned series was selected for the Best Screenwriter Prize. His humorous and sophisticated lines were praised for adding quality to the drama.

The Best Actor Prize was given to British actor Waleed Zuaiter, who led the story with his thoughtful acting skills in Baghdad Central. Adam Smith of World on Fire won the Best Director Prize, giving the series a double crown following the Golden Bird Prize in the Mini-Series category.

Jury’s Special Prize was given to The Cage from the Czech Republic. It narrates a psychological thriller about an elderly and young man who claimed to be her distant relative.

The other winner is South Korea’s XX which tells a refreshing revenge story about friendship and love among young people, starring actress Hani Ahn and Seung-Eon Hwang.

At the same time, the Outstanding Korean Drama OST Prize was awarded to Punch with “Like a Heroine in the Movie”, OST for When the Camellia Blooms. As a result, the drama scored five (5) prizes this year, following the Best Screenwriter, Best Actress in International Competition category.

Crash Landing on You, Hot Stove League and Extraordinary You, which were loved by drama fans from all over the world beyond Korea, received the Outstanding Korean Drama Prize.

Asian Star Prize was awarded to Ryusei Yokohama, a rising star in Japan, playing an important role in the Japanese drama Your Turn to Kill, which was one of the entries of SDA; and to Dingdong Dantes who played the lead role in the Philippines version of Descendants of the Sun.

The Most Popular Foreign Drama of the Year, which is an award for global dramas loved by TV viewers around the world, went to the U.S. drama Snowpiercer, a remake of director Joon-Ho Bong’s original film, and to the Philippine adaptation of Descendants of the Sun, based on the KBS drama, and The New Pope starring Jude Law and John Malkovich.

Congratulations to all the winners of the Seoul International Drama Awards 2020!