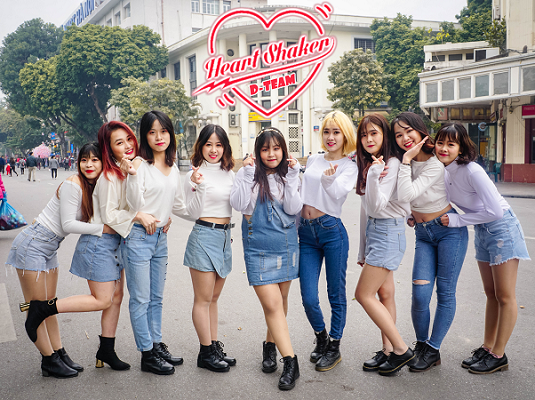 Another talented K-pop dance cover group from Hanoi, the capital city of Vietnam. 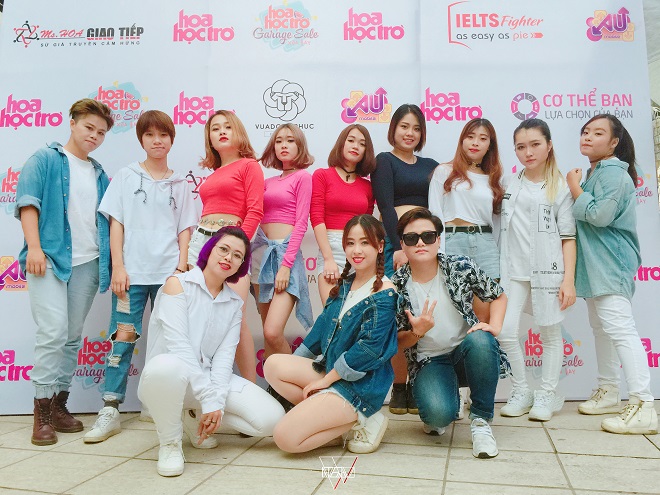 Vietnam, which recently hit global sports headlines for its miraculous football fairy tale in AFC U-23 Championship, goes beyond showing what this Asian country has no lack of – talents. Apart from football, the world better watch out for the next surprise that this 90 million strong country is incredibly capable of producing – dance dance dance.

Back in 2012, we covered St.319 (from Hanoi, Vietnam) when it was just founded. After six years, the small relatively unknown group is now no longer as what it used to be. Through challenges and hardships amidst opportunities, St.319 rose and overcame every hurdle to even set up its now-successful homegrown entertainment label!

Later on, we met up a dance cover group Hello-K through its Korean project manager. It was a project, supported by KOTRA (Korea Trading-investment Promotion Agency) and KOICA (Korea International Cooperation Agency), with its roots set in Hanoi too. The group’s popularity was rising within the K-culture lovers in the country back then. However, at time of writing, it seemed that this group already ceased its activities, which might be due to the cessation of the project.

The most recent group we met, again in Hanoi, is called B-Wild. As the name speaks by itself, it’s wild, in a positive vibe of uncontrolled and unrestrained passion. We had a good interview with the members, and today, they are still wildly active as they have always been!

We are happy to introduce and present another eye-opening K-pop dance cover group coming from Vietnam – DTEam. This group differs greatly from the others as it was born out of the members’ pure dedicated love to one of the top K-pop groups today, DBSK.

We let DTEam introduce itself henceforth:

1. How did DTEam first started?
Founding members of DTEam are friends who come from different high schools and universities in Hanoi: two members come from Tran Phu high school, and three of them study in Hanoi University, Phuong Dong University and Hanoi University of Business and Technology. We danced together in dance team of TVXQ! FCVN since 2010. After one year, we decided to form a new group by ourselves. Then on September 2011, DTEam was officially born.

2. What does DTEam stand for?
D means DBSK: DBSK is the first and most important K-pop group that we love and admire. We raised our love with dancing as well as Korea culture through DBSK performances and activities they attend.

T means THANKS: We want to say “thanks” to DBSK for what they done. They are well-known example of perseverance, endless effort and admirable talents, so that we are always proud to be their fan. Besides, DBSK is the bridge for us to become close friends and have so much unforgettable memories together.

E means ENTHUSIASTIC: We use this word for the love with DBSK and the love for dancing, too. On the stage, we want the audiences to “see” our enthusiasm in every move. To sum up, DTEam is our youth, our love, and our family.

3. What is the existing strength of DTEam?
At this moment, DTEam has 20 members, all of them are girls. Some of us are now working for companies, but most of the members still study in high schools and universities. Besides, we have a dedicated supportive team, which takes care of us in every activity.

4. There are many K-pop dance cover groups in Vietnam but what is so different about DTEam?
To think about it clearly, DTEam has so many differences with other K-pop dance cover groups in Vietnam. First of all, during the first 4 years, DTEam just covered DBSK’s dances. Although we decided to cover other Kpop groups since 2016, DBSK still takes an very important role in our projects.

DTEam is the only group who bring DBSK music to every contest for K-pop fans to prove that DBSK is still alive, they’re not flop.

Secondly, we are one of the rare groups who can make their own showcase. In 2015, DTEam held successfully a showcase named “THANKS TO…” in Ly Nam De Theater with a capacity of 500 seats. Impressive, brilliant, emotional, and “recall most beautiful memories about DBSK” – that’s what fans said after watching our showcase.
In Vietnam, only few groups can participate in KTO or KCC programs as guest artists. Not only we attend their charity programs, DTEam is also proud to be the invited artist for their events, especially “Korea Days in Hanoi 2017” program hold by KTO, KCC and Hanoi People’s Committee to celebrate 25th anniversary of the Korea – Vietnam diplomatic relations. DTEam performed two days on the same stage with famous Korean idol bands such as EXID, SNUPER, JUMP, FANTASTICK, and DJ Schedule 1. 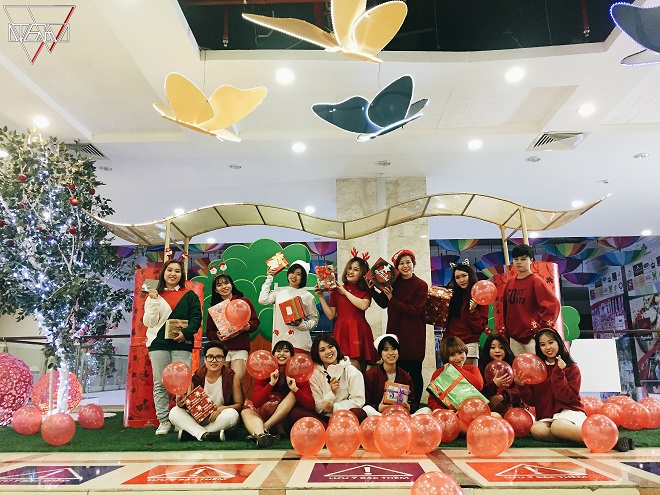 5. Apart from dancing, what other areas do you focus at?
Facial expressions’ ability is an exercise that we focus on, because as Angie Gallis (a Judge for Co. Dance/ Starlight Productions) said: “A memorable dancer has clean technique, original style and natural facial expressions that get the audience excited and drawn into the performance.”

In addition, DTEam also trains soft skills such as leadership, team work, communication skill for members. Each project will be managed by one person – that will help our members improve their skills to solve problems.

6. Is/Are there any K-pop groups/idols that DTEam is particularly inclined to their image and style?
It’s DBSK, definitely!

7. According to the group’s perspective, what matters most to a dancer? Why?
You may be a good dancer, maybe not. Your style is Hip Hop? Jazz? Tap Dance or Break Dance? – it’s not a matter. The real way to judge any dancer is their performance, or to be exactly: their expressions on the stage. There is a huge difference between people who are doing the steps and people who are performing. Technique can show how hard you’ve practice, but emotions will be show in every movement: the joy you feel over new found love, the determination we have in the face of great sorrow or adversity, the passionate fire of our youth and the peacefulness of out softer. 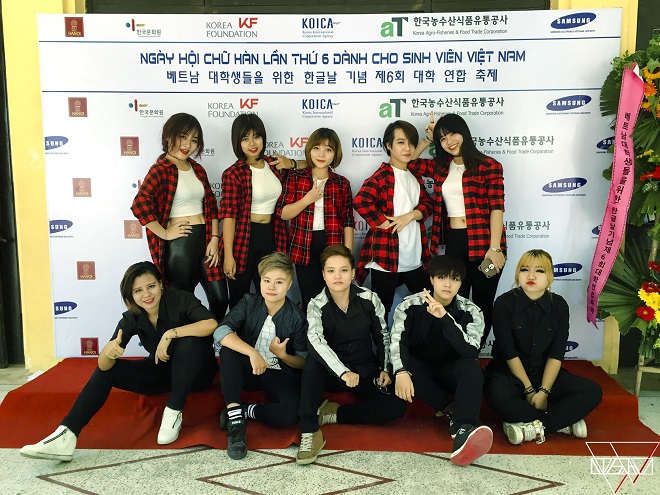 8. What do you think of the entertainment industry in Vietnam? I.e. V-Pop. Do you think it can be as popular as K-pop?
Vietnamese music industry is starting to slowly develop itself. It has potential but I’m not sure if it can capture the global market the same way K-pop is getting right now. It’s a difficult question to answer who are the best V-pop artists. We can just introduce some of the most popular local artists:

9. What are the future plans for DTEam?
DTEam has three members who are teaching in Sweet Art Dance Center now. In the future, we will collaborate with other dance centers to open more K-pop cover class as well as take part in more K-pop dance cover contests.
In addition, we are planning to organize the 2nd showcase at the end of this year, to celebrate 15th anniversary of DBSK and 7th years of DTEam. We will update all our projects on Facebook page and YouTube channel, so please like and subscribe to know more information. 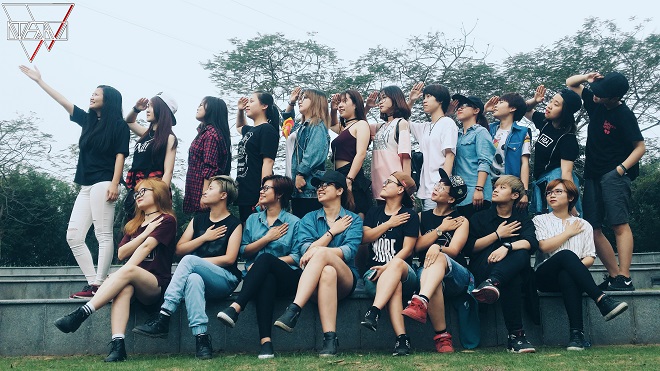 10. Do you have any special message to share to our readers?
We will try our best to improve our performances. Let’s see it! Hope all of you always happy and ready for everything in your life! ^^