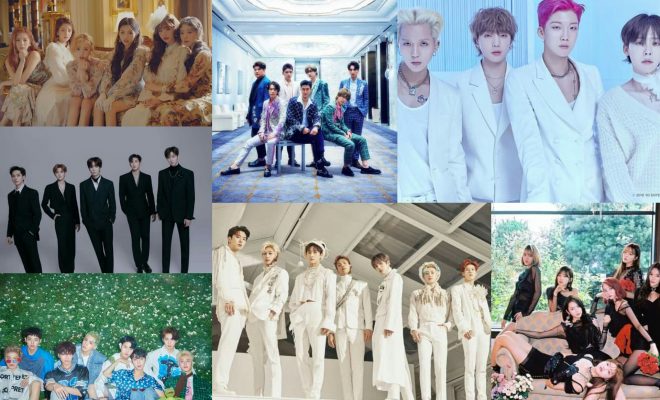 HallyuPopFest 2019 Artist Profiles: The Complete List Of K-Pop Stars That Will Take Over Singapore Stage

HallyuPopFest 2019 will be making the month of May bloom with a fresh and star-studded lineup of K-Pop artist performances!

HallyuPopFest 2019 will be taking K-Pop fans in Singapore to a haven full of wonderful stages from the industry’s current hottest K-Pop artists!

Set to take place on May 25 and 26, the highly-anticipated all-day music festival will make sure to provide tons of memories to fans by bringing over a great number of shining K-Pop stars to the sunny island’s stage.

Check out the star-studded list of artists taking over the Singapore stage for this year’s HallyuPopFest: 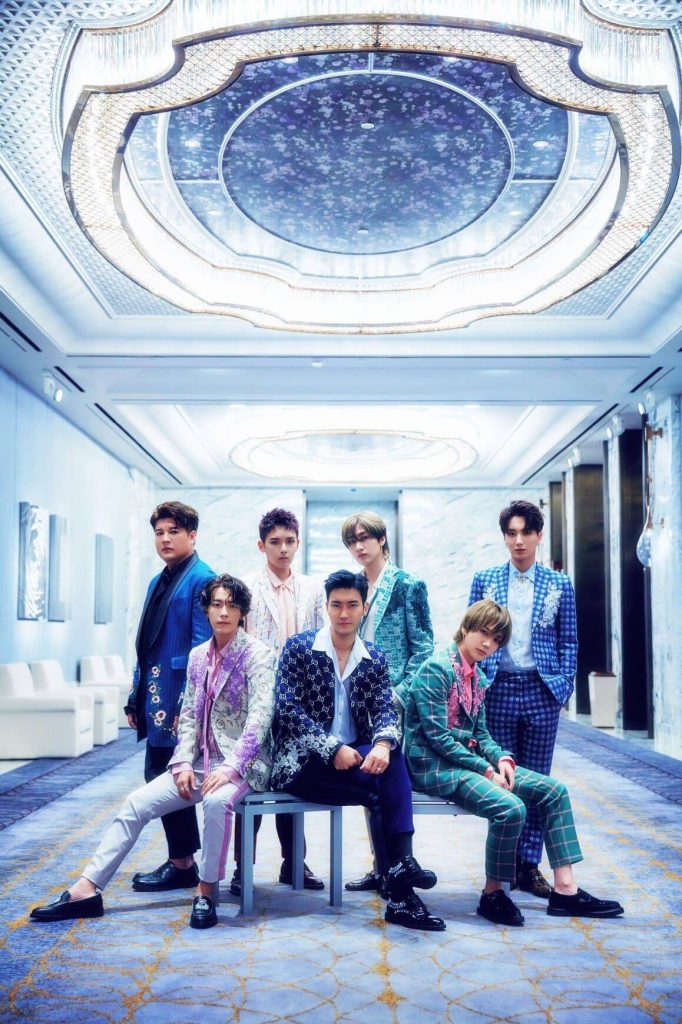 Super Junior made their debut in 2005 under SM Entertainment – and from the moment they released their single “Twins (Knock Out)” up to now, the group remains to be one of the top artists in the K-Pop industry. The group gained international recognition after their best-selling single “Sorry, Sorry” had everyone dancing to its addicting choreography, making it remain in music charts for 36 straight weeks in 2009.

Over their almost 14 years of being on the music scene, Super Junior also caught people’s attention for their fashion sense and had gathered various awards and titles for their dance choreography and popularity. Recently, their latest single “One More Time” debuted at the fifth spot on the World Digital Song Sales chart.

READ: HallyuPopFest 2019: Artist Lineup Announcement Kicks Off And Its A Super Feeling Because Of Super Junior 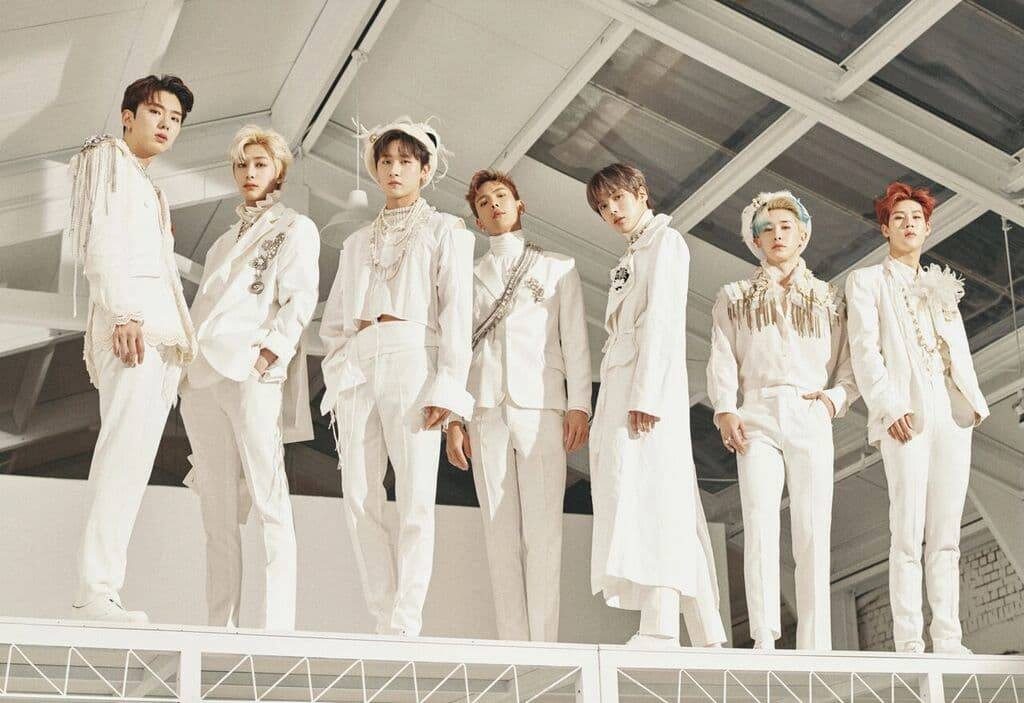 Monsta X shot out to fame worldwide thanks to their perfect combination of strong vocals, impressive choreography, hype rap line, and astounding visuals. The seven-member boy group from Starship Entertainment was formed through the survival program NO MERCY and debuted on May 14, 2015 with their first mini-album Trespass.

The group’s popularity all around the world continues to drop jaws, especially with the success of their first solo concert MONSTA X The First Live “X-Clan Origins”, which was sold out in just five minutes. They had also recently wowed their fans yet again with their “Alligator” comeback, and will embark soon on another world tour. 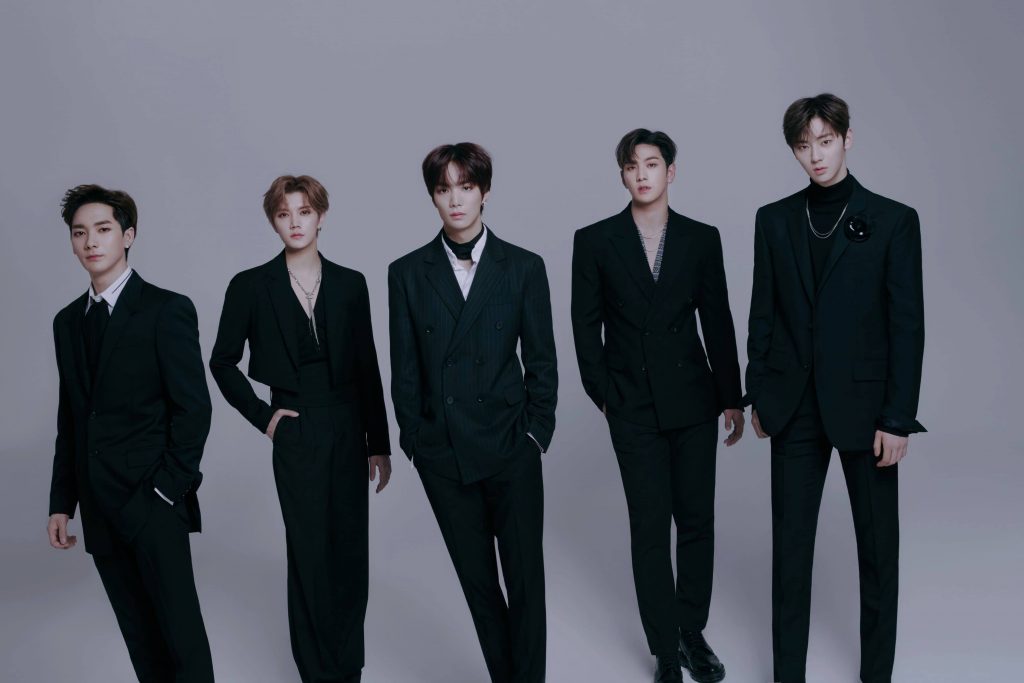 NU’EST, which means New Establish Style Tempo, was formed by Pledis Entertainment who first introduced them with the single “Face” on March 15, 2012. Since then, the group had released various dynamic tracks such as “Hello” and “Love Paint (Every Afternoon)” which earned them a lot of love from their fans.

Recently, NU’EST had released the track “A Song For You” from their upcoming new album. They are expected to make a comeback in April as a five-member group again after such a long time, and it will be made extra special by the fact that it will also celebrate their seventh-year anniversary.

READ: HallyuPopFest 2019: NU’EST Nicks A Date With Singapore Fans In May 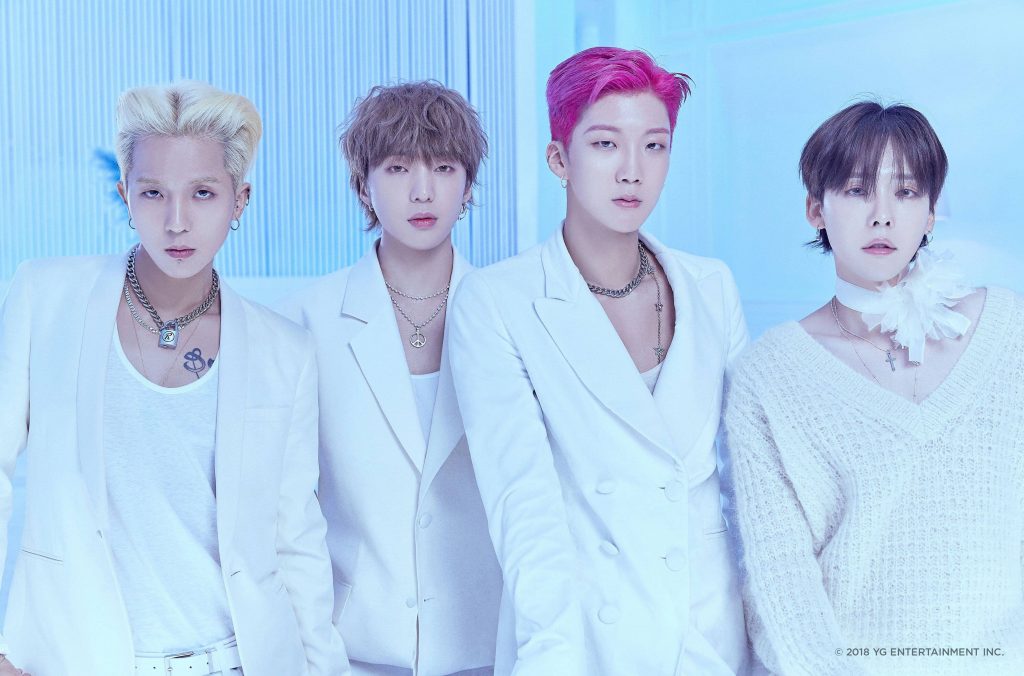 WINNER “really, really” made their mark on the music scene after competing and winning as Team A on their agency YG Entertainment’s survival show WIN: Who is Next. The quartet made their debut in 2014 and, as their name suggests, proceeded to take home multiple Best New Artist awards.

The group currently enjoys international recognition gained from the success of their utterly-catchy tracks such as “REALLY REALLY” and “EVERYDAY”. 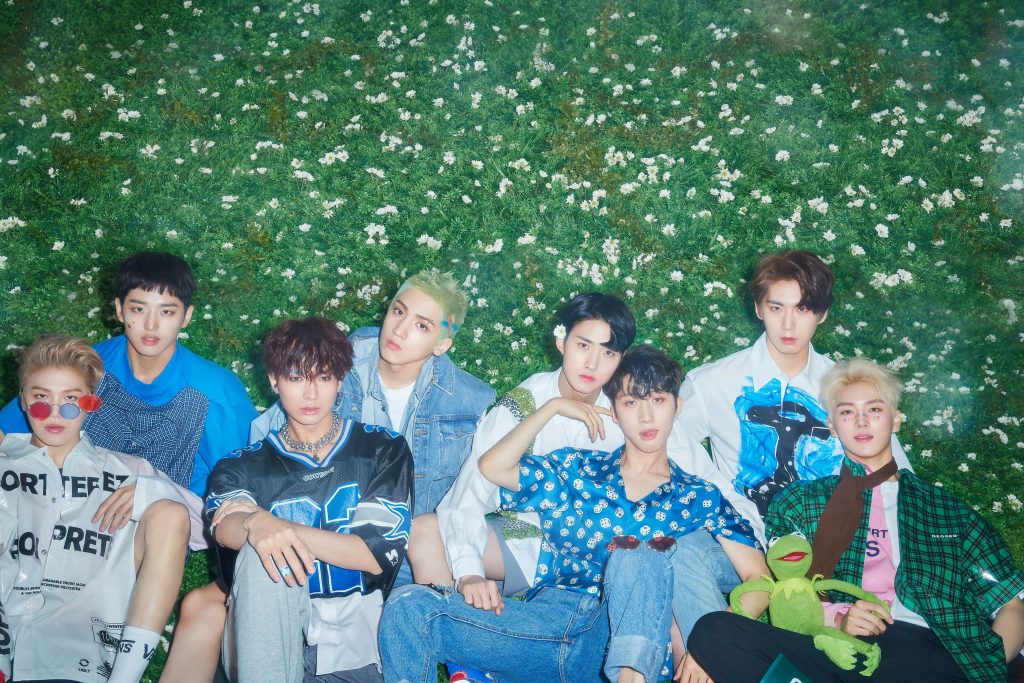 PENTAGON currently shines as one of Cube Entertainment’s top boy groups after being formed in 2016. They were introduced through the survival show Pentagon Maker and debuted with a self-titled mini-album afterward. Thanks to its catchy beat, the lead single “Shine” from their sixth mini-album Positive, which was released on April 2, placed second on the “20 Best K-Pop Songs of 2018” list by Billboard.

READ: HallyuPopFest 2019: All Thumbs Up as PENTAGON Joins Artist Lineup 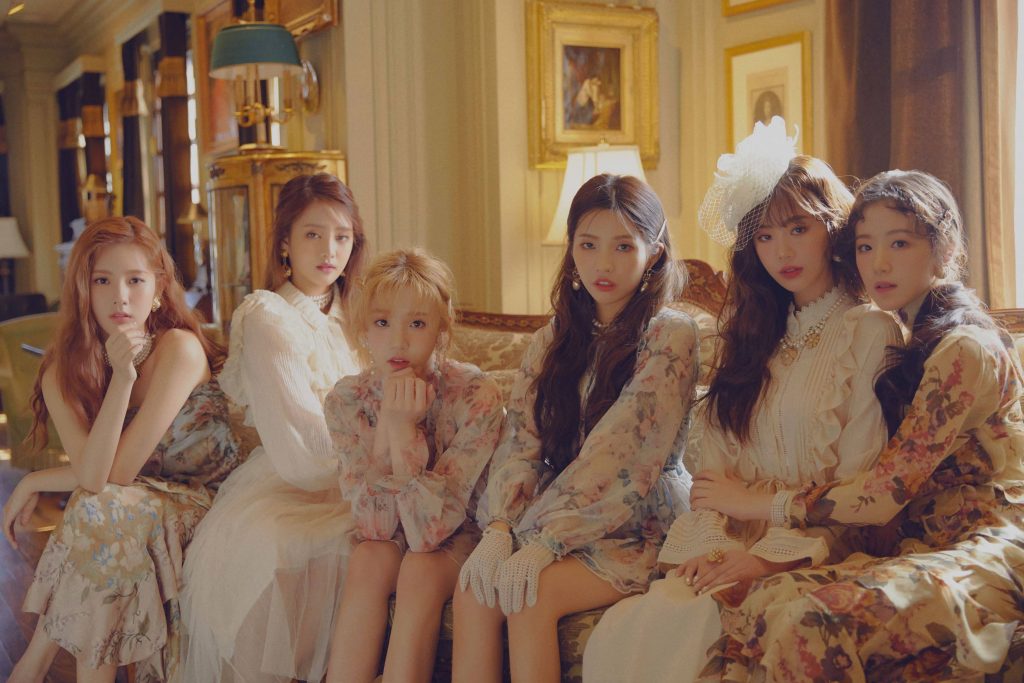 Short for Girl-idle, the girl group (G)I-DLE also hails from Cube Entertainment and was formed in 2018. They were recognized as one of the top rookies in the year they made their debut with the single “Latata”, whose music video exceeded 5.9 million views within the first week of its release.

Additionally, they were able to take home multiple awards during their debut year, such as the highly-coveted Rookie Artist of the Year title at the 33rd Golden Disc Awards. 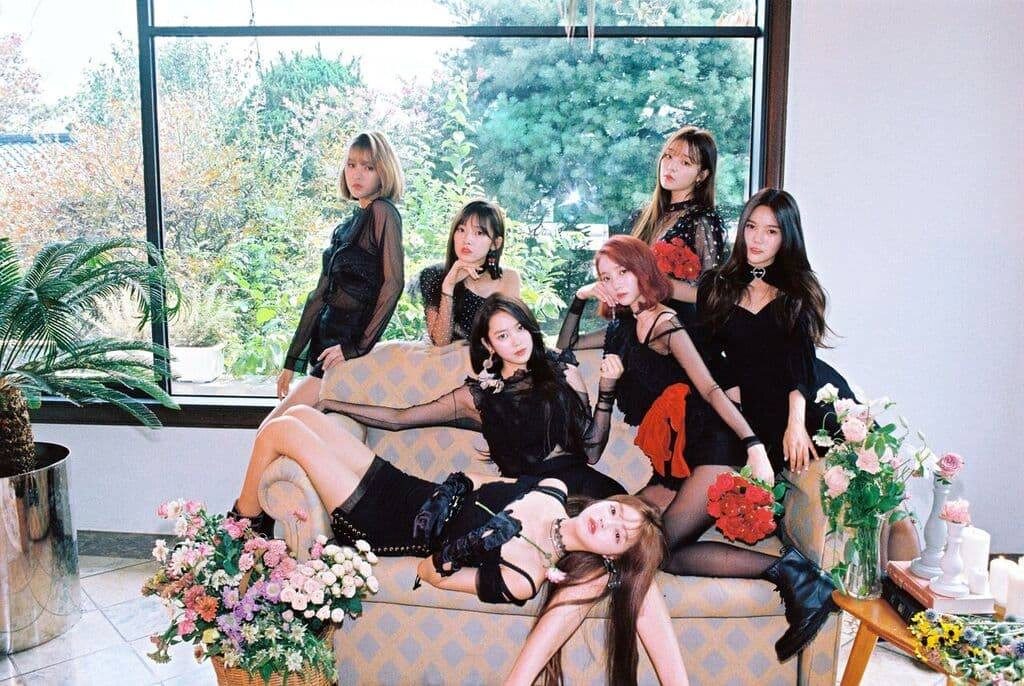 OH MY GIRL made their debut in 2015 as a seven-member girl group with a self-titled mini album. They took home their first music shoe win with the song “Secret Garden” and were given the honor of taking home the Bonsang Award at the 2018 Korea Popular Music Awards. Recently, they had staged their debut in Japan, where they were able to top Oricon’s Daily Album Chart with their album.

READ: HallyuPopFest 2019: OH MY GIRL To Pepper Cuteness In Singapore 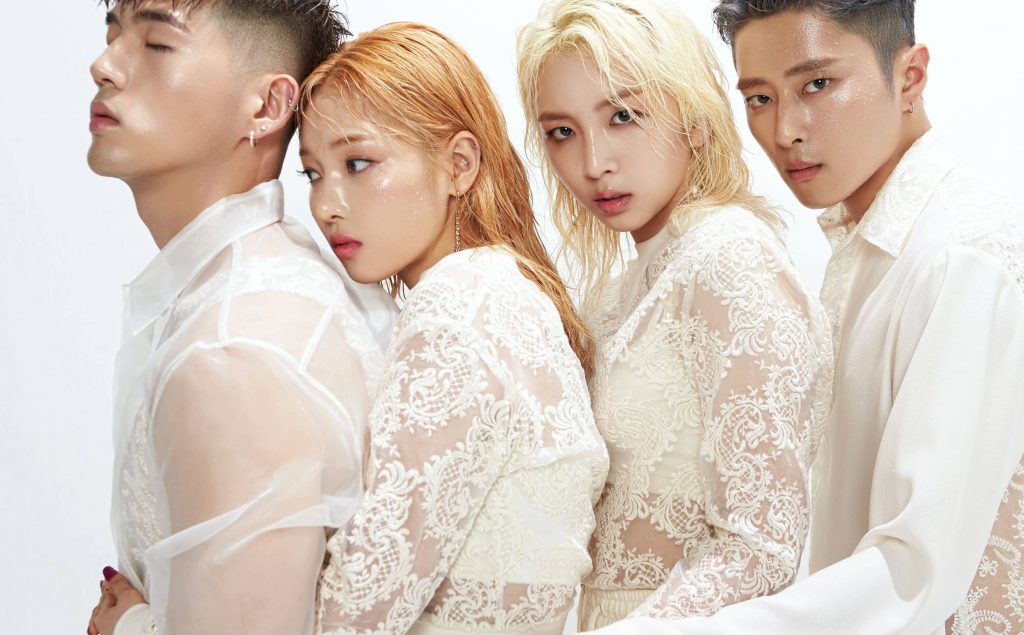 Known for its unique feature of being a four-member mixed gender group, K.A.R.D officially debuted on July 19, 2017 with the mini-album Hola Hola under DSP Media. However, they had released three singles prior to their debut – where their third and final project single “Rumor” managed to score the top spot in thirteen countries om iTunes’ K-Pop charts.

With their outstanding musicality, K.A.R.D also took home the New Wave Award for Music at the Asia Artist Awards.

READ: HallyuPopFest 2019: KARD Rides The Wind To Party With Fans In Singapore 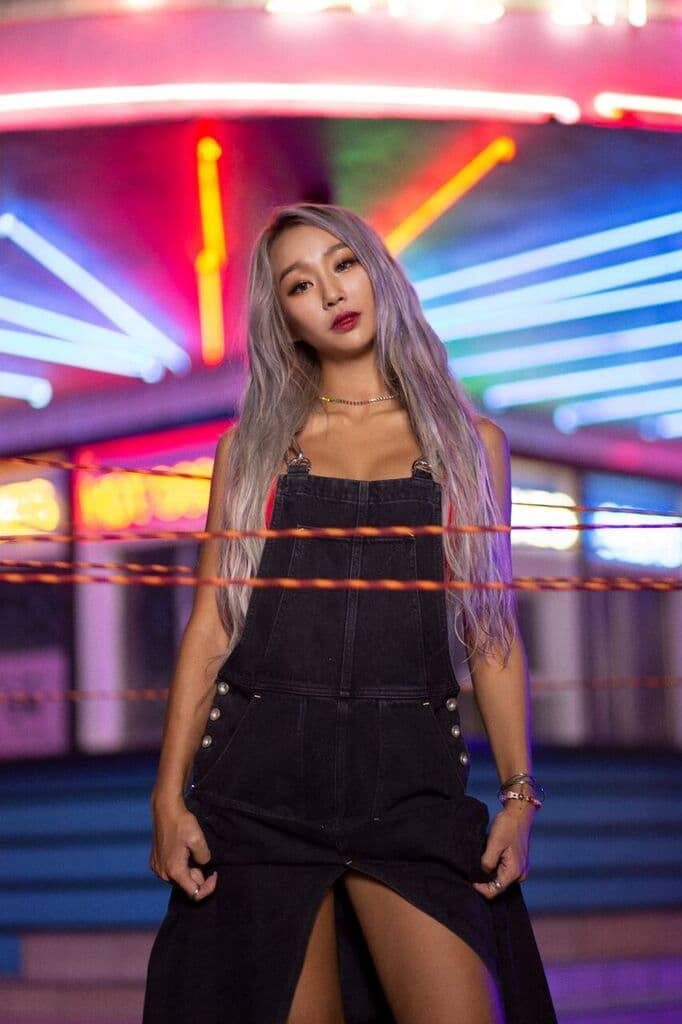 The South Korean singer Hyolyn is best known for her powerful vocals and energetic dances, especially with her hit songs like “Daily”. Her solo single album See Sea had earned her the Highest Solo Entry to Date on the World Digital Song Sales as recorded on Billboard.

Now having her career under the management of her own, self-started production company Brid3, Hyolyn hopes to produce music that will bridge the communication between her and her fans.

READ: HallyuPopFest 2019: Hyolyn Puts Singapore Baes On Her To Do List In May 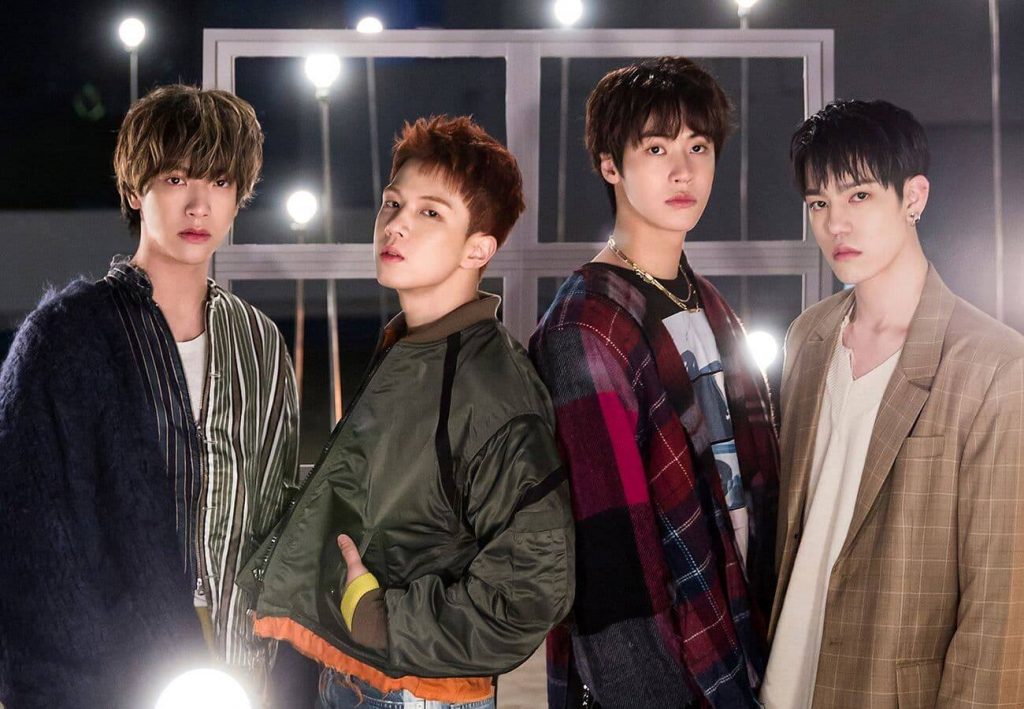 The rap-rock band N.FLYING, which means New Flying, was formed by FNC Entertainment and features four incredibly talented members. They had first introduced themselves to Singapore in 2014, where they served as the opening act for their senior labelmates.

The band made their comeback on January 2 this year with the song “Rooftop” – which shot the group to the sky as it topped music charts and earned them their first music show win.

READ: HallyuPopFest 2019: N.Flying To Soar High In Singapore This May 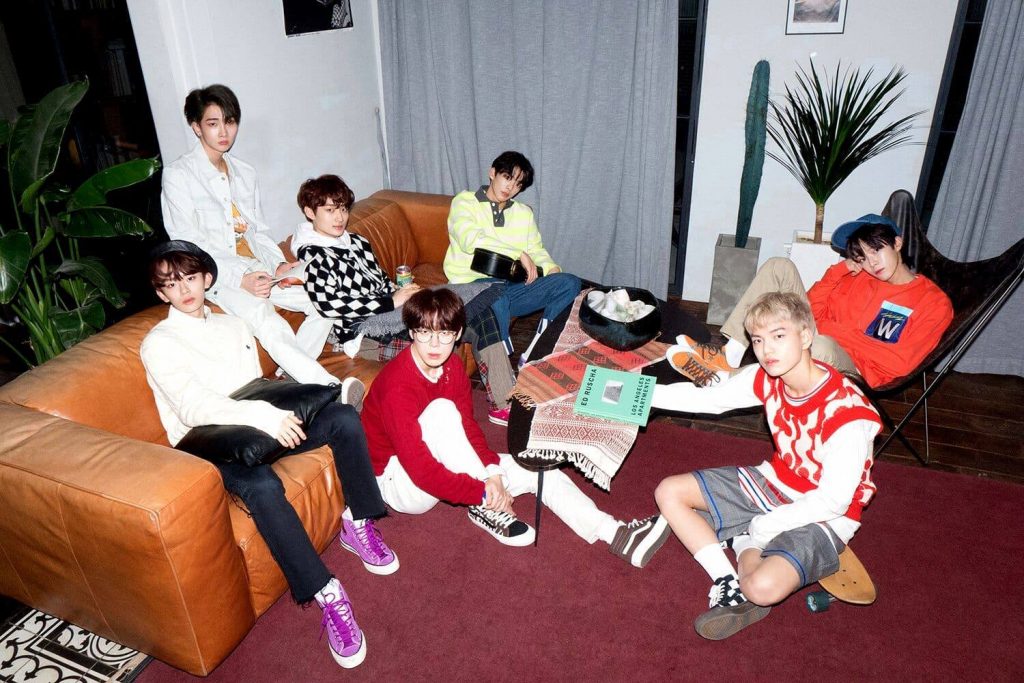 The seven-member boy group VERIVERY is handled by Jellyfish Entertainment, who introduced them through their own reality show named NOW VERIVERY prior to their debut. 9 January 2019 then marked their official debut date, thanks to the release of their first mini-album VERI-US. 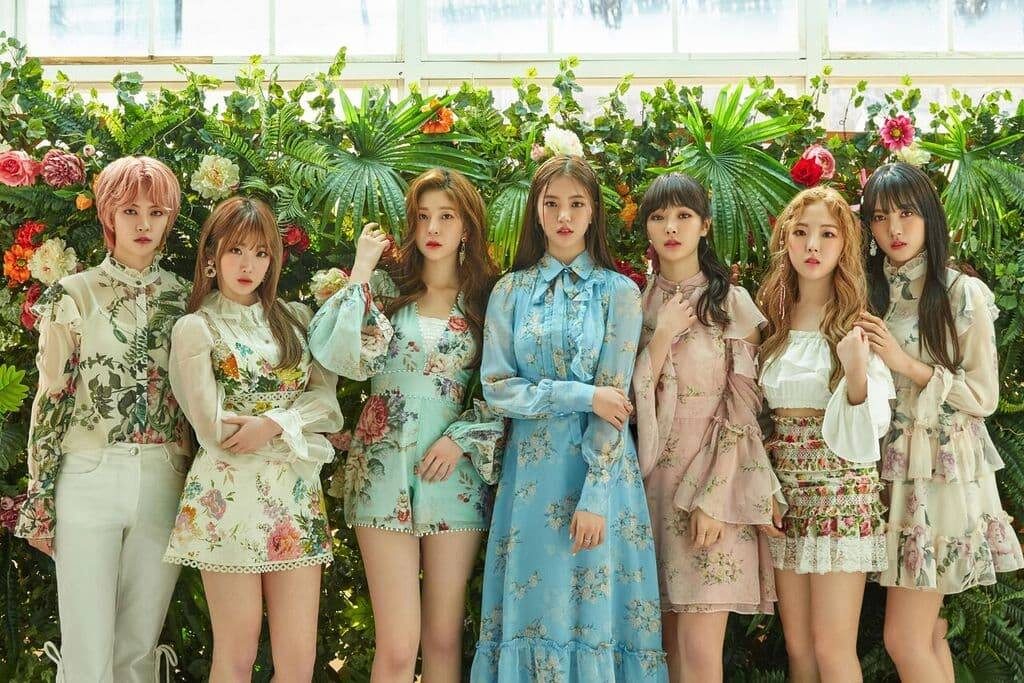 The Kiwi Pop, Kiwi Media Group girl group’s name GWSN is actually short for “Gongwon Sonyeo”. The group is known for both their multiple busking events all over South Korea and their incredible dance covers of popular songs posted on their YouTube account.

GWSN debuted on September 5, 2018 with the single “Puzzle Moon” and had recently made a comeback with their second mini-album The Park in The Night Part 2. 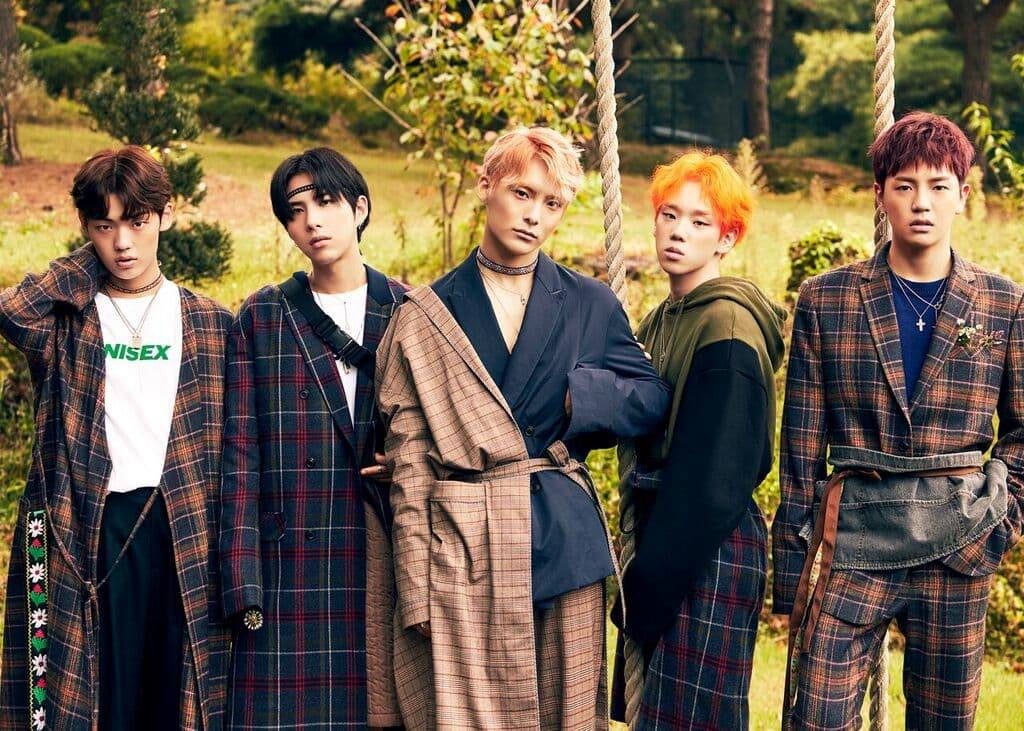 The five-member group A.C.E made their debut on May 23, 2017 under the agency Beat Interactive. An acronym for Adventure Calling Emotions, A.C.E had been well-known for its members’ dance covers and busking activities, which earned them recognition from the international community.

The group’s first dance cover video, which they performed on the streets of Hongdae, currently has 4.5 million views on YouTube, showing how far they have gone with their career. They last stood on the sunny island of Singapore for the StarHub Night of Stars to receive the well-deserved Best Newcomer Award. 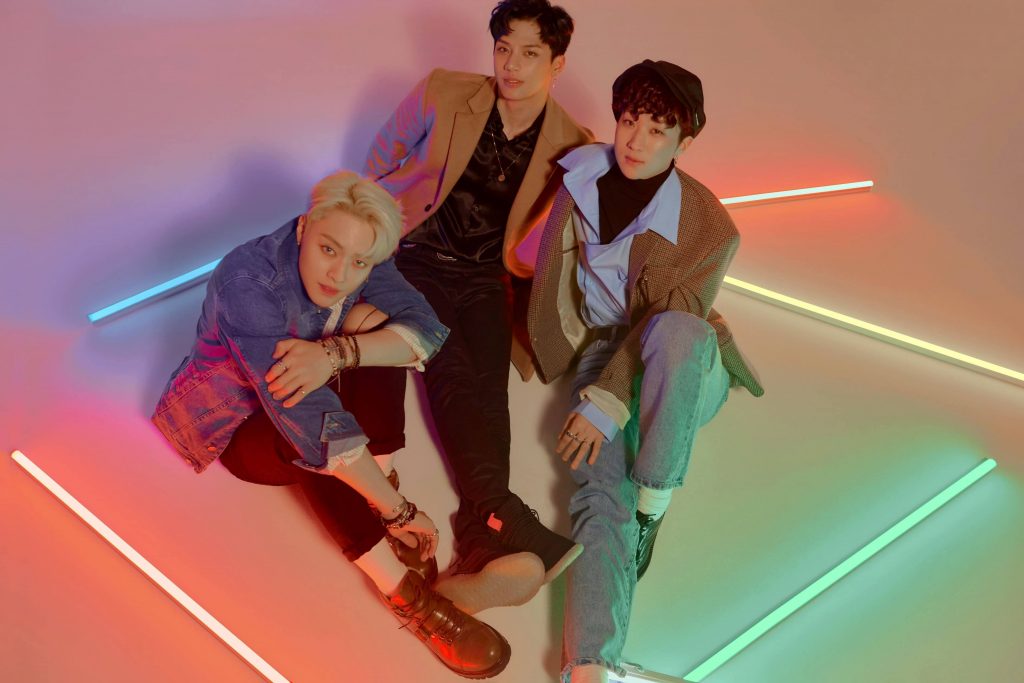 The talented three-member group TREI, also means TRiNiTiOPUS, comes from the agency Banana Culture which produced the ever-iconic girl group EXID. TREI originally started as a duo on August 28, 2017 as a part of a survival reality show where they were able to showcase their performance skills.

The group’s third member, Kim Juntae, later joined the group and completed the trio lineup we know as of now, leading to their official debut on February 19, 2019 with the mini-album BORN.

READ: HallyuPopFest 2019: TREI To Take Over The Singapore Stage In May 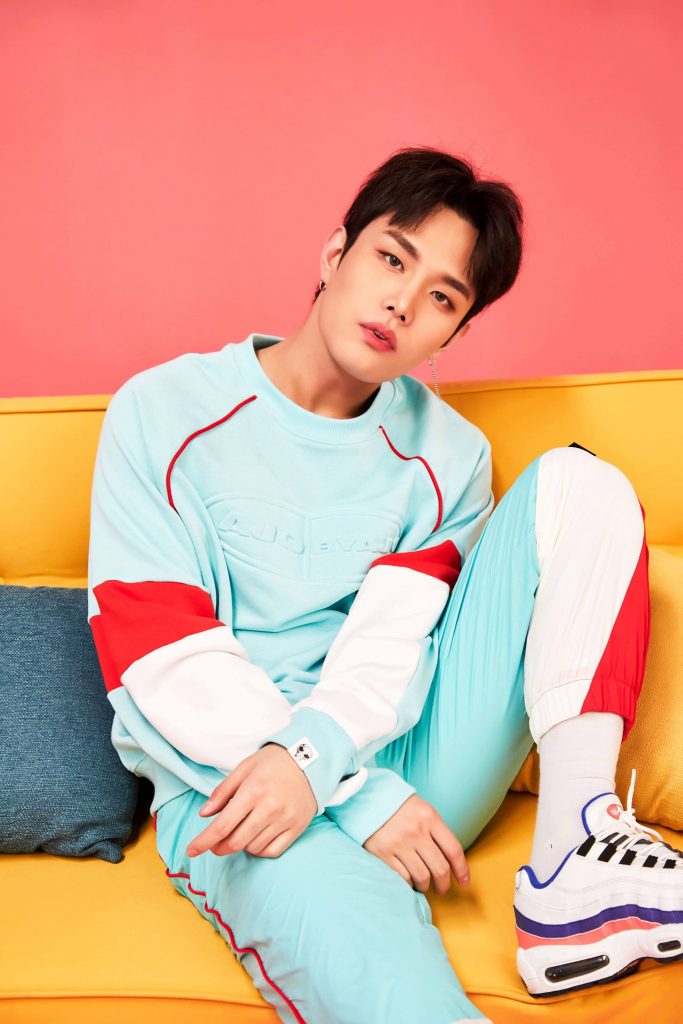 The rapper Kanto made his debut under Brand New Music in 2013 with the single “What You Want”. He might be familiar to some too; either as a part of the hip-hop group Troy or as a former contestant on Show Me The Money. He also appeared on the idol reboot show The Unit, where he received five boots – equivalent to a Super Boot – during its evaluation round and allowed him to become a part of the show.

Hellokpop, as an independent K-pop news site (without influence from any agency or corporation), we need your support! If you have enjoyed our work, consider to support us with a one-time or recurring donation from as low as US$5 to keep our site going! Donate securely below via Stripe, Paypal, Apple Pay or Google Wallet.
FacebookTwitter
SubscribeGoogleWhatsappPinterestDiggRedditStumbleuponVkWeiboPocketTumblrMailMeneameOdnoklassniki
Related Items(G)I-DLEA.C.EGWSNhallyupopfesthallyupopfest 2019HyolynKantoKARDmonsta xN FlyingNU'ESToh my girlPentagonSuper JuniorTREIVERIVERYWinner
← Previous Story HallyuPopFest 2019: Your Guide To Ticketing Details, Artist Roster & Activity Lineup
Next Story → K-News Weekly Headlines: Kang Daniel’s Contract Issue, Seungri Scandal, K-idols’ Interviews, Event Exclusives & More!