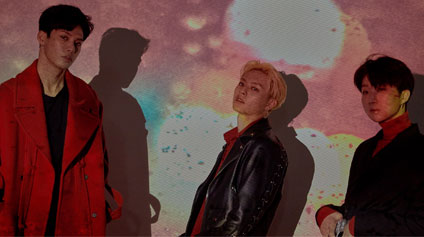 HallyuPopFest 2019: TREI To Take Over The Singapore Stage In May

TREI is ready to make the Singapore crowd gravitate to their charms as they join the HallyuPopFest 2019 lineup!

HallyuPopFest is proud to announce our eleventh artiste, TREI!! ?#AreYouReady to catch @TREI_official’s first performance in Singapore at HallyuPopFest this May?

The trio recently debuted with the song “Gravity”, which is a part of their first mini-album titled Born released on February 19, 2019. They have written their names down in the history of their agency, Banana Culture Entertainment, as the first male idol group the label has debuted.

TREI, composed of members Lee Jae Jun, Chae Chang Hyun, and Kim Jun Tae, have captured the attention of K-Pop fans with their smooth vocals and groovy rap. Additionally, they have gained attraction before they even debuted as they share the same agency as the iconic girl group EXID.

Members Lee Jae Jun and Chae Chang Hyun may also already be familiar faces for some, as the two had previously appeared on MIXNINE. The two had also released a unit album titled Up in August 2017 as a duo before participating in the talent survival show.

Jun Tae, who later on completed TREI’s three-member lineup, participated in the track “NIKE”, a pre-released song from the group dropped in May 2018.

It will be the trio’s first time in Singapore, and fans should get ready to hype up their stages which will surely ooze with the fresh and youthful vibe that the group offers.

READ: HallyuPopFest 2019: Get More Up-close With Your K-Pop Bias For Just $68 With “HallyuPass”