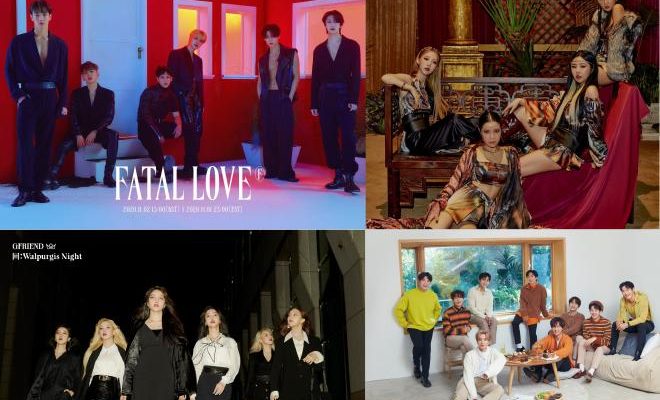 The new month of November is going to bring us a grand line-up of K-pop comebacks!

With a new month, comes new comebacks! November is about to be taken over with a blast by a whole bunch of marvelous K-pop artists. We will be generously gifted with top-notch music and performances from rookies, phenoms and icons.

The incredibly talented Monsta X is making a spectacular return with its third full-length album FATAL LOVE on November 2. The boys have been  spiking up fans with their sharp and stunning teasers, only to make their jaw drop at the moment of their comeback. Truly, a “fatal” start of the month.

AB6IX is calling out to fans with its new dashing look and sound that will pull listeners in. The group is presenting its third extended play with an addictive title track that will make you want to listen to over and over again. Get ready to SALUTE as the four boys take on the stage!

The queens of impeccable music talent will be joining the high rank comeback of the month with its tenth mini-album. TRAVEL is going to take us on an exquisite journey through the members’ shining vocals and rap.

The hip hop duo is ready to drop a new song that will feature rapper 𝐁𝐞𝐰𝐡𝐘. The three are a team in the latest Show Me The Money Season 9 , making the collaboration for the track “Soon” a must look out for.

The rookies of Secret Number made a grand impact with their debut and are about to make another one with their upcoming single.  “Got That Boom” is about to sweep you onto the dance floor with its groovy rhythm!

The sweet vocals of BOL4 will be gracing us this fall in the singer’s latest single album FILMLET. Preparing a total of three tracks, with the last one being exclusive to the CD copy only, the artist will be creating a delightful atmosphere through her music.

Make way for Park Jihoon who will be enthralling with his first full-length album Message. With sweet vocals, soft looks on the teasers and an intense music video preview, the singer is successfully leading fans towards an intriguing album.

The group debuted in August 2020 and is already here with a third single album. THE FIRST STEP: CHAPTER THREE will be unveiling a new sound and will showcase the charm of the 12-members.

The legends of Super Junior will be celebrating their 15th anniversary since the group’s debut this month, marking a very impressive entertainment span so far. To commemorate the milestone, the artists will be releasing a special song called “The Melody” near the start of the month.

Outstanding rapper Ravi will be returning with a new single album, featuring 10CM. The soft sound of the previews is hinting at a track which will carry the autumn feel through the lovely vocals of the artists.

The band JANNABI is ready to unleash some fall tunes in the new album JANNABI’s Small Pieces 1. It will be packed with autumn sensibility and will bring nostalgic memories through its sound.

The enchanting GFRIEND is ending its “回” series with a full-length album titled 回: Walpurgis Night. The packed track list will include some of the group’s previous songs,, such as “Apple”, “Cross Roads” and “Labyrinth”. It will further excite with its unit songs featuring “Secret Diary” by Yerin and SinB, “Better Me” by Sowon and Umji, “Night Drive” by Eunha and Yuju.

Ha Sung Woon is about to present his fourth mini-album MIRAGE. Through his sweet vocals, the singer plans on delivering a dreamy and mysterious sound, and touch the hearts of many with his fascinating music.

Taemin is ready to close the chapter on his third album through the release of its final part Never Gonna Dance Again: Act 2. The idol will be showcasing yet another transformation, following his previous two releases. More powerful music is expected to be included in this album.

Kim Junsu will make a Pit A Pat with his second mini-album this November. His unrivaled voice and powerful choreography will be bringing a smile to music lovers everywhere.

The rookies E’LAST are preparing for their first comeback with the second mini-album AWAKE. The idols’ fairy tale charm is about to shine once again in this five-track set list. Unfortunately, E;LAST will be making a comeback as seven, due to member Wonjun’s schedules.

Singer, lyricist, composer and arranger Lee Juck is preparing to gift music lovers with a full album this autumn. Trace is garnering interest and the solid vocal abilities of the artist are expected to bring a delight to the ears.

BTOB 4U is a unit composed of Seo Eunkwang, Lee Minhyuk, Lee Changsub, and Peniel, who are already gaining explosive response. They will be showcasing a new music color compared to their original group’s with the first mini-album INSIDE.

The lovely girls of MOMOLAND ask if you’re “Ready or Not” for their comeback. Their new song is drawing attention through the participation of singer and producer PSY, and is expected to be released on November 17. 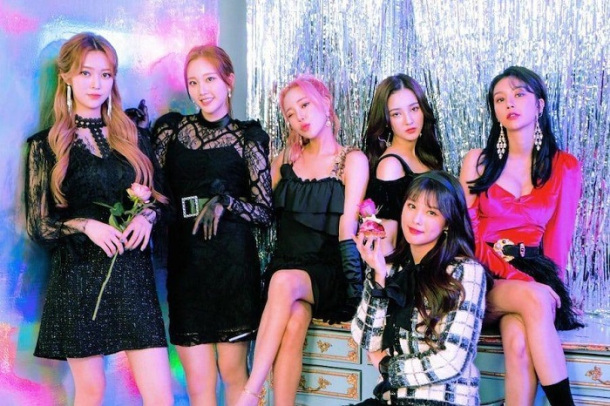 Another surprise return is planned from Henry Lau. The performer hinted at it through various images uploaded on his official social platforms, raising excitement among fans.

The chart-topping group BTS is about to drop yet another hit around the middle of the month. For BE, the members were actively involved in the overall album production, including song composition, album concept and design, and music video creations.

After dropping the mind-blowing single “+H₩A+” at the end of October, CL unveiled her plan for a comeback at the end of November with her first full album ALPHA. While waiting, fans can look out for the music video teaser for another captivating track called “5 STAR”, which will be revealed on November 6.

November 4 – SECRET NUMBER returns with single “Got That Boom”

November 16 – BTOB 4U returns with album INSIDE.

November 17 – MOMOLAND returns with “Ready or Not”

November 20 – BTS returns with album BE