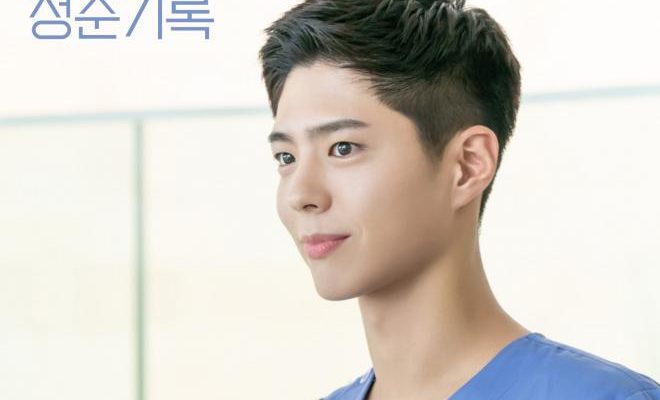 Hye Jun’s career is now taking off, and his popularity has skyrocketed. However, Jeong Ha is still being on a roughshod due to her bully co-worker.

Record of Youth episode 8 depicts the success and fame we are all waiting to happen for Hye Jun. After going through so much hard work, his efforts are now beginning to pay off.

Enjoying each other’s company, Hye Jun and Jeong Ha listen to music while sitting on a bench. Jeong Ha mentions that she’s hungry, and they decided to eat doughnuts, the product Hae Hyo is promoting.

While eating, they exchanged cheesy and romantic lines. Hye Jun then talked about changing his hair color for his drama. Taking her role as an ever-supportive partner, Jeong Ha offers to do it for him. 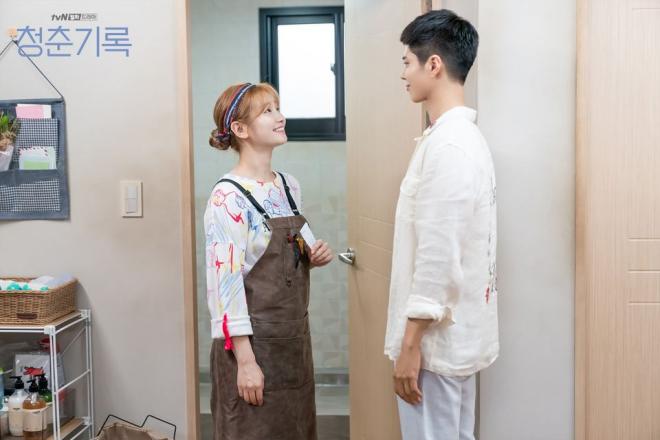 As always, Yi Young and Ae Suk silently fight through their inner monologues. One time, Yi Young asks Ae Suk about Hye Jun’s new drama, however, she hasn’t heard about it.

Continuing their talk, Yi Young reminds Ae Suk about the cook she asked last time. Then she told her that she has found one, and that is Jin Woo’s mother. Knowing that their sons are bestfriends, Yi Young says at the the back of her mind, if they are having some parent meeting or what.

Though they smile at each other, in their heads, they always scoff each other when one of them feels inferior.

On her way to work, Jeong Ha receives a call from her dad. Looking fancy in his high-end car, his dad on the phone seems rich now. He reveals his wife got plastic surgery, and she asserted how lucky she is to have a husband like him. Then, his dad says that he misses her.

When she reaches the salon, her co-workers start talking behind her back. To begin with, Jeong Ha ignores their hateful stares, however, Jin Joo chooses to stir up some trouble and follows her.

In an oppressing manner, Jin Joo asks when will she quit, and Jeong Ha replied why is she doing that to her. She revealed that she just hate her and Jeong Ha strongly fights back and calls her pitiful. Provoked with Jeong Ha’s remark, Jin Joo raises her arm to slap her, but Jeong Ha stops her. Meanwhile, in the corner, someone is secretly filming their dispute. 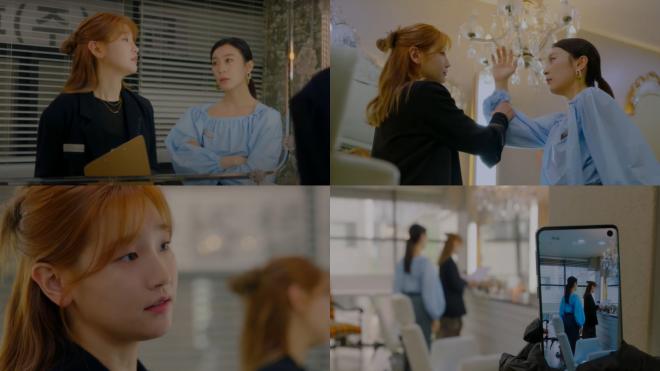 Sa Hye Jun on the tv screen with his drama Gateway, finally!

From home, Ae Suk and grandpa are watching the drama with joy as the episode ends. He cries while realizing Hye Jun’s success. However, Yeong Nam comes home and breaks the jolly moment.

Although his father strongly disapproves his chosen path, everyone else seems impressed with his acting. Even Hae Hyo’s mother, Yi Young, who isn’t fond with Hye Jun is fascinated with him.

As Hye Jun and Min Jae leave the shooting site, a fan calls him for an autograph. Not long after, that one fan turns into a huge crowd asking for his autograph and a photo with him.

Meanwhile, Tae Su meets with a company representative about the renewal of Do Ha’s modeling contract. However, the staff strictly wants a new face for their brand. Looking disgusted and defeated, Tae Su runs into Min Jae. Asking what she’s doing there, Min Jae reveals that she is in contact with a new company for Hye Jun’s commercial.

At the salon, Jeong Ha meets with a client who wants smoky makeup. She convinces her to try another style that will also fit her face. But when she finishes the makeup, the client goes hysterical and criticizes her for doing a terrible job.

While the director calms the angry client, Jeong Ha silently cries. As Hye Jun attempts to comfort her, Soo Bin stops him and tells him that knowing that her boyfriend witness that scene will make her even sad.

Jeong Ha apologizes to the director, but she jokingly said that she shall put the client on the blacklist. She suggests that she should grab for some sweets.

At the coffee shop, Jeong Ha spots the client with Jin Joo. Completely confronting her evil co-worker, Jeong Ha pours two cups of cold water to her without even minding the people watching. 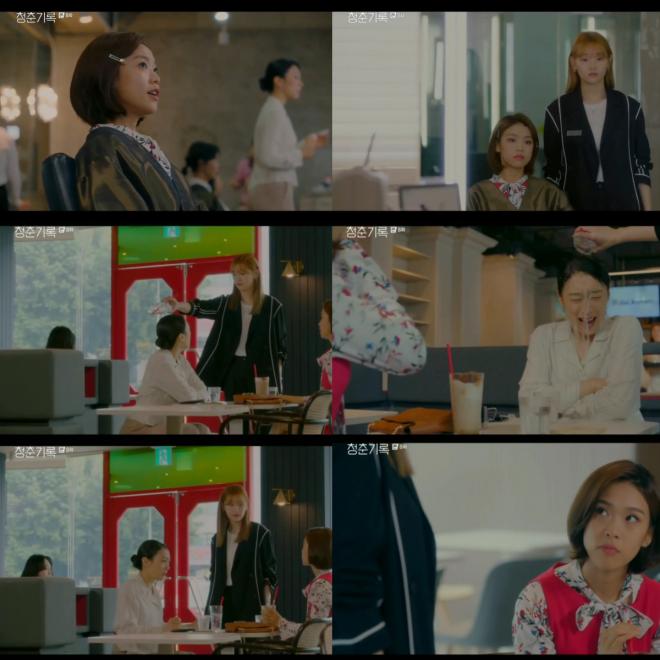 Dance in the rain

Arriving at a Catholic site, the couple had another impromptu date and take some time to pray. Hye Jun noticed that Jeong Ha looks troubled. Then he apologizes for not responding to her text last night.

Before she even respond, it starts raining again. As they shelter in the car, Jeong Ha mentions that she hated the rain in the past, but now that she has some good memories with the rain, she doesn’t even remember why.

While getting drenched under the soft rain, they dancing blithely like they own the world. Then, the scene shifts to Jeong Ha reading the book given by Hye Jun.

It emphasizes an excerpt from the book saying, “The old man told the children to wait inside until it was no longer raining.”

Hye Jun’s voice on the background recalls, “Do you remember the first day we met? We were in the rain from the very beginning. Grown-ups have to go outside even in the rain. When I’m with you, even the rain is enjoyable.”

Something unsettling was already hinted in the last minutes of the episode. That was when Lee Tae Su mentioned Charlie Jung to the reporter and when Jeong Ha fought back to her bully co-worker, while someone is filming their disagreement from afar.

In the next chapters, we will see if the evil plan of Tae Su will work or if Hye Jun’s success would continue. I can sense that a storm is coming in Record of Youth, both in love and career. Especially since the past lover has entered the picture and the spiteful ex-agent that is plotting something to tarnish Hye Jun’s image.

While the series is passing the halfway mark, we can expect that more problems will emerge, considering that Hye Jun has finally tasted the success. While it is true that more people will wish for Hye Jun’s failure, we also know for a fact that he won’t easily back down to pursue his dreams.