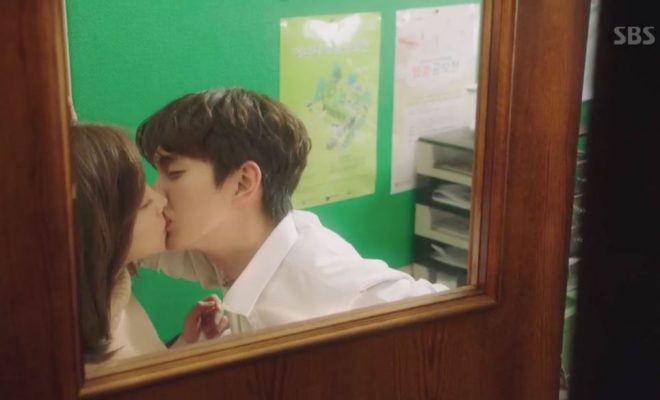 This episode of My Strange Hero is all parts of romance and tragic. Bok Soo and Soo Jeong progress steadily as a couple. 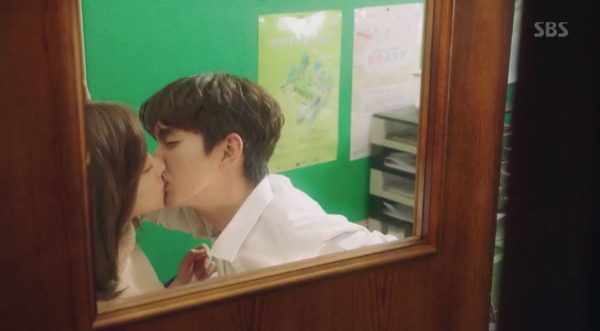 The anti-hero Se Ho continues to spiral out of control. He keeps making rash decisions based on his insecurity and greed. For My Strange Hero, it’s a glimpse of a corruption that happens all too frequently in schools.

Seung Woo catches them in the act

Seung Woo stands at the doorway, catches them hugging. He walks out and is amazed at how bold they are. Bok Soo runs after Seung Woo and tries to talk to him. He doesn’t know where to start. Seung Woo correctly guesses that Bok Soo wants to keep his mouth shut. Desperate, he buys snacks for Seung Woo, and tells him he’s liked her for nine years. He ends by asking if he can keep it a secret. Seung Woo only answers that he should behave.

The Aftermath of the Debate Contest

Because of what he did, the Ivy class gives Teacher Park the cold shoulder & refuses to follow him. Chae Min then picks a fight with Young Min which Se Ho witnesses. He incorrectly guesses that Bok Soo started it since the latter was standing between the two boys. He calls for the School Violence Protection Committee.

Soo Jeong confirms with the students that Chae Min threw the first punch. VP Song gets contradictory statements from both classes. However, the school puts the blame on Young Min. According to VP Song, the Ivy class students’ statements held more ground because they are more reliable.

The students take matters into their own hands and broadcast the video of the fight. Chae Min clearly threw the first punch – so Young Min confronts him and gives him the choice. He tells him to stop harassing the Wildflower class and to return the award he bought with his dirty money. The entire Ivy Class turns against Chae Min, and is upset with him for what he did. The award is returned back to the Wildflower debate team.

The Discoveries of the Your Request team

Bok Soo and the rest of the Your Request team find deposit statements and awards already prepared for contests which have not yet been held. They discuss how to handle the situation and decide to gather more evidence. Teacher Park walks in and sees all the evidence. Enraged and embarrassed, he writes to the Education office and submits a complaint for corruption in the school. 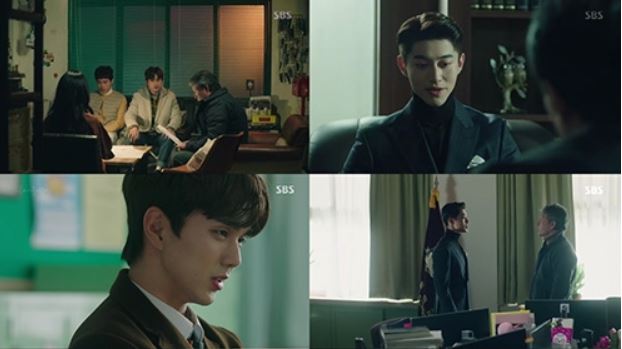 Because of Teacher Park’s complaint, the auditor arrives unexpectedly, sending the Principal into a panic. Teacher Park admits he wrote in the complaint. As Se Ho tries unsuccessfully to smooth things over, his mother arrives and immediately resolves the matter using her connections. The auditor leaves and ignores Teacher Park’s protests. He tells the teacher that the evidence was too weak.

Se Ho and his mother have a heated argument. She tells him that he should just leave, but he refuses, saying it’s his school now, and that she should wait until he’s done with it. His mother praises him and tells him he’s finally starting to act like her son, but he says with disgust that she doesn’t deserve to call him her son. She answers coolly that Se Ho would have never managed to accomplish anything without her. She causes his name plate to crash on the floor to prove her point.

The Battle for School President

Se Ho has a flashback of winning as school president against Bok Soo. He learns from his mother that she manipulated the results because he actually lost to Bok Soo. She looks at him with disappointment and wonders how can he be her son. With sadness in his eyes, he says that if she can’t love him, then who will love him? Even Se Ho hates himself because his mom treats him like garbage.

Creepily, Se Ho watches from outside as Bok Soo happily eats dinner with his family. He declares how much he hates Bok Soo. He recalls being in the hospital and his mom forces him to admit that Bok Soo pushed him. Later he overhears Teacher Park defend Bok Soo as he talks to Se Ho’s mom. 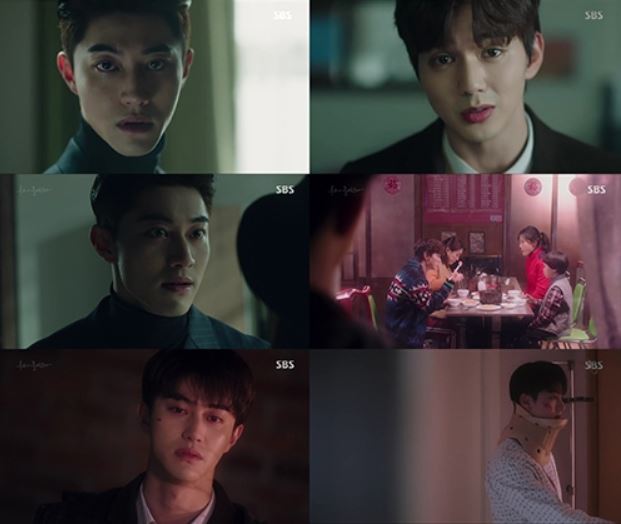 A Bad Day for the Wildflower Class and Teacher Park

Principal Kim delivers the news to the Wildflower class that they will be transferred to other schools. Despite their protests, he tells them that it is final. Bok Soo gets upset and goes looking for Se Ho.

Meanwhile, Se Ho is delivering a letter of resignation to Teacher Park. He tells that he disappointed him as his teacher, and Se Ho is living proof that Teacher Park has failed as a teacher. As the school chairman, he tells Teacher Park that he’s fired. Bok Soo bursts into the room and rips the resignation letter. He tells Se Ho that the school doesn’t belong to him.

I didn’t expect this episode of My Strange Hero. Se Ho broke my heart and made me want to hit him in the head at the same time. Not having a mother who loves him for who he is, destroyed his self-esteem. The pressure he puts  on himself to live up to the impossible standards of his mother is affecting all his decisions. He is feeling like trash because of rejection from all sides. There’s no way for him but to implode.

In the meantime, the couple also makes a great team in championing the students in their causes. I feel like Bok Soo would also make a great teacher because of his kind heart, which he tries to hide unsuccessfully. It’s just that he can’t stand to see injustice and hurries to step up whenever needed. With Soo Jeong by his side, Bok Soo is empowered to carry out his plans. And what’s surprising is that he’s not the dumb kid everyone thinks he is. Bok Soo is actually pretty intelligent. He’s also great at mobilizing the people around him and call them to action. In short, he’s a great leader.

My Strange Hero is an eye-opener. It makes me realize that I need to look at my surroundings, while I examine myself and wonder if I’m as brave as Bok Soo.