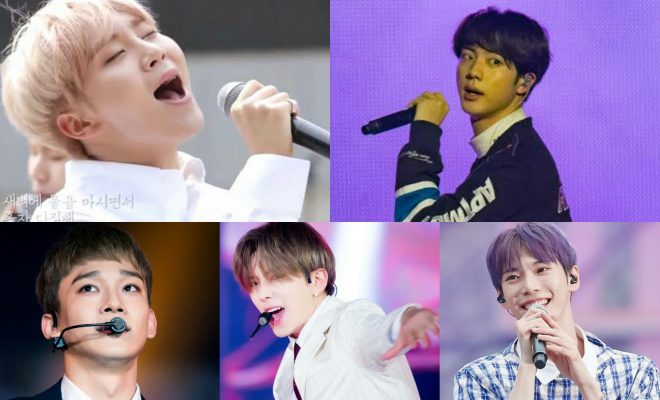 Forever iconic – these male K-Pop idols and their jaw-dropping high notes take the spotlight in this edition of Idol List.

Two, three, or four octaves higher definitely do not matter for these talented vocalists. Proving from time to time that they can always be entrusted with even the most vein-popping notes, these male idols’ vocal prowess and abilities are things that always leave fans gawking over and over again.

For this edition of Idol List, we bring you eight male K-Pop and their iconic high notes which made our jaws drop with amazement. Check out our picks below: 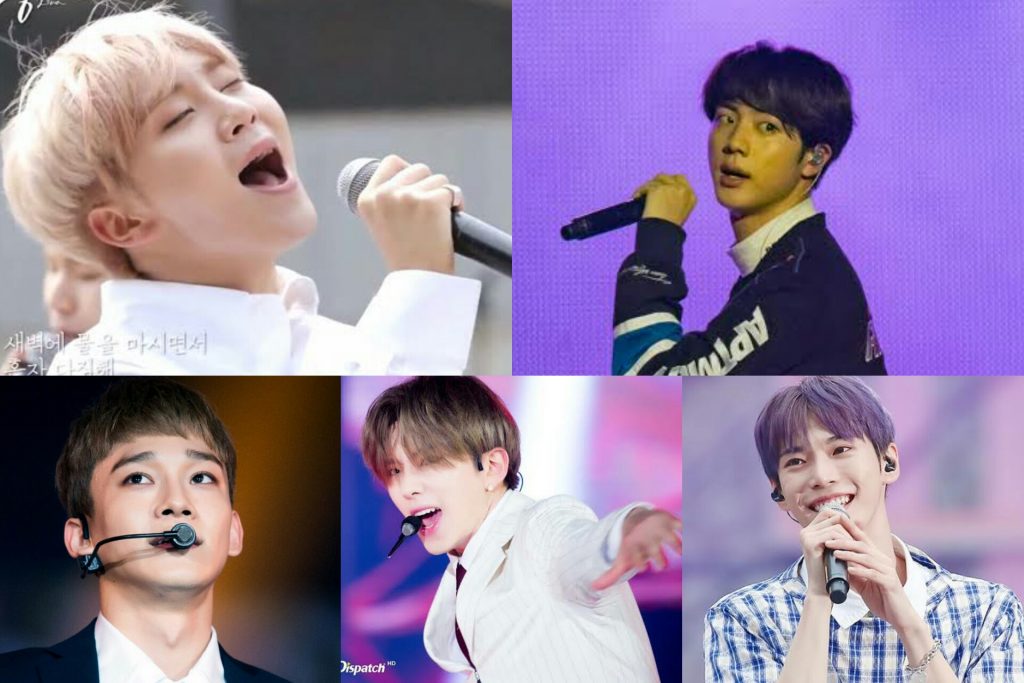 Who can ever forget Kihyun’s ever-iconic “gakkai wa” in “DRAMARAMA”? Proving his well-deserved status as MONSTA X’s main vocalist, the singer gave us shivers as he overlapped his jaw-dropping high note with Jooheon and I.M’s fiery raps – encapsulating the group’s musical color in that very bit so easily.

For another proof of Kihyun’s amazing vocals, you might also want to give “Lost in the Dream” a listen. Prepare to gawk at his high note again though – and don’t say you haven’t been warned.

Staying true to one of the song’s lines, Mr. Worldwide Handsome Kim Seokjin definitely gave fans the best of him in one of his probably most iconic high note showcases with “Magic Shop”. His part definitely added one more reason for fans to get enchanted and captivated by the song, and gave it a stronger presence. As firm believers of Vocal King Seokjin, we also recommend giving one of their Japanese releases titled “Let Go” for another confirmation.

3. SEVENTEEN’s Seungkwan in “Pretty U”

Let’s be honest, Carats – each and every one of us had attempted Boo Seungkwan’s high note in “Pretty U”. And though most of us must have failed because of how much octaves higher it goes, the SEVENTEEN vocalist is always consistent with his top-grade performance of what might be considered as the song’s ultimate killing part.

Chen definitely took his place as our only star and moonlight with his high note in “Forever”. Always proving his vocal abilities, he has become a name that the K-Pop industry trusts when it comes to hitting even the highest of notes known to man. His jaw-dropping part in EXO’s “Forever” was, in fact, one of the song’s top highlights – and honestly, is an EXO song an EXO song if it doesn’t have Chen amazing everyone with his vocals?

NCT’s Doyoung proves over and over again that he is the ultimate boss of belting out high notes. With such high-caliber vocals, the NCT member shows that a true singer can display his prowess no matter what type of music – may it be a ballad like the usual or something as fast-paced and upbeat tempo-containing like “Boss” – one performs.

Kim Jae Hwan is definitely a name we trust in the K-Pop industry when it comes to belting out high notes. Even from his Produce 101 Season 2 trainee days, the singer had impressed fans, with his ease in carrying out adlibs that go a couple of octaves higher.

Among the memorable displays of his talent was “Never”, which was also re-released as a Wanna One song after the show. In fact, former groupmate Daehwi even shared in the past that he thinks Jae Hwan’s high note in “Never” was what got them a lot of votes.

Life is indeed beautiful – and so is each and every one of Inseong’s high notes! He also hugely impressed fans with his ability to carry out his high note while dancing, showing that he is indeed a singer of a different kind.

As the member in the group most trusted to hit those leveled-up octaves, Inseong has also gotten his fair share of other jaw-dropping high-note moments. In fact, we also recommend giving SF9’s latest comeback title track “RPM” a listen for another delightful high note from the singer.

When it comes to high notes, Stray Kids‘ Woojin is definitely one of the people to go to! Among our top picks of his vocal prowess display is his performance in the very solemn and moving “Mixtape #2”. Besides the song being one of the bests itself, the build-up to Woojin’s high note also added to the hair-raising, goosebump-inducing feel of listening to the singer belt out his part. He did “fly” beautifully with his soaring high note, didn’t he?

A close favorite is “District 9” that also features not just Woojin’s, but Bang Chan’s high notes as well – while doing a 360-degree jump in the air!

Got suggestions for the next edition of Idol List’s categories and artists? Leave a comment below, give us a holler on Facebook, or tweet us at @hellokpop!