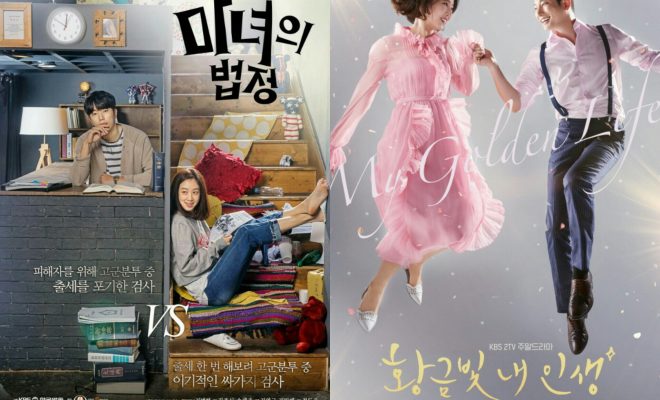 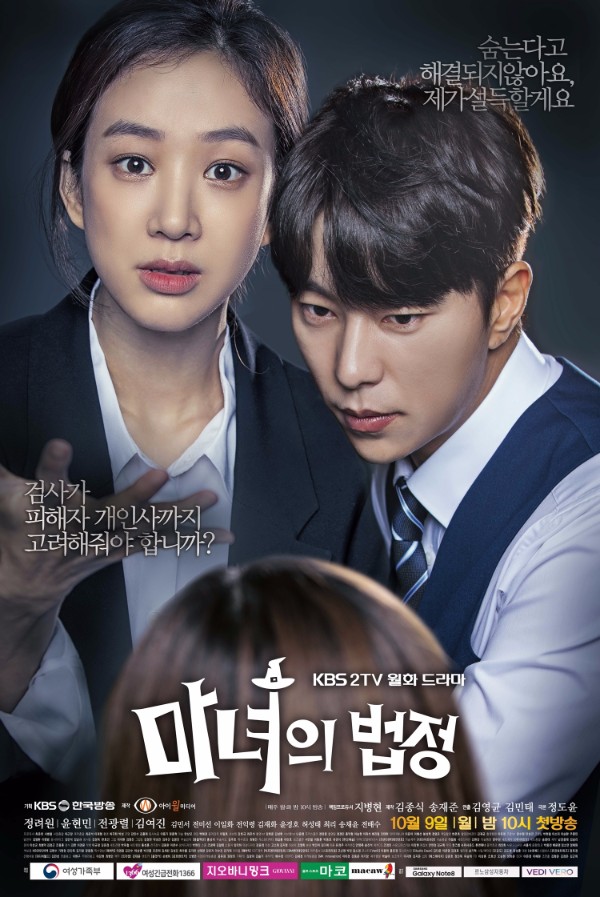 For our latest Korean drama recap, it looks like Temperature of Love needs to throw in some twist as the drag on the plot reflects the plummeting ratings, favoring legal drama Witch’s Court.

After the jaw-dropping revelations, While You Were Sleeping must increase the thrill of the cryptic-connected-dreams plot which it has been working on since the insurance fraud investigative Mad Dog is giving a good fight to the midweek battle. 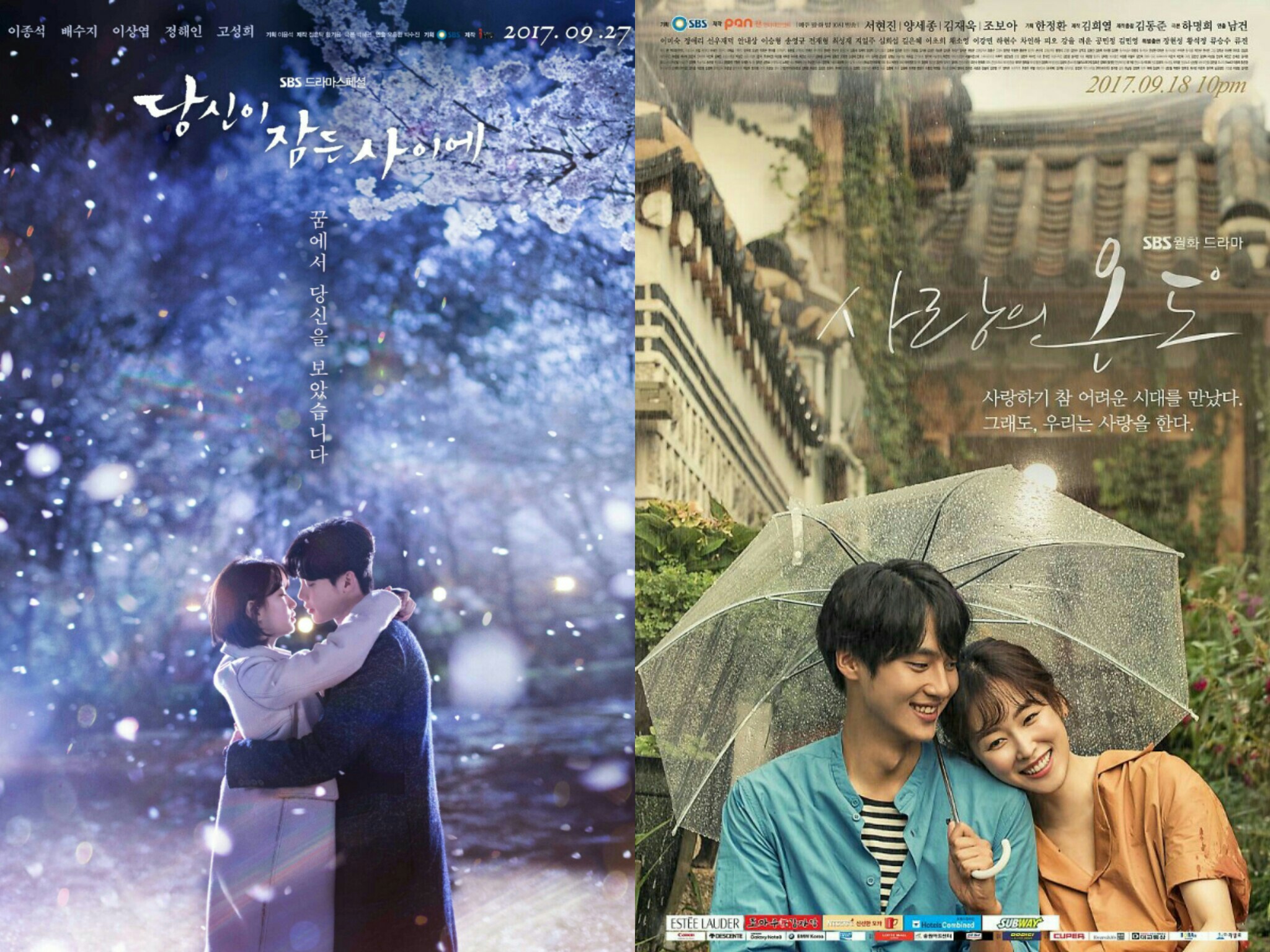 KBS’s frontline dramas are showing a balanced run, with Witch’s court snatching the Monday-Tuesday slot after hitting 9.1 and 12.3 nationwide ratings on its second week.

My Golden Life is poised to cement the network’s weekend family drama reign at a whopping 29.7% and 35% audience share topping all dramas airing these days.

Friday-Saturday time-slip-rom-com Go Back Couple retains the decent rating from its predecessor by showing an engaging throwback love story set in 1999. 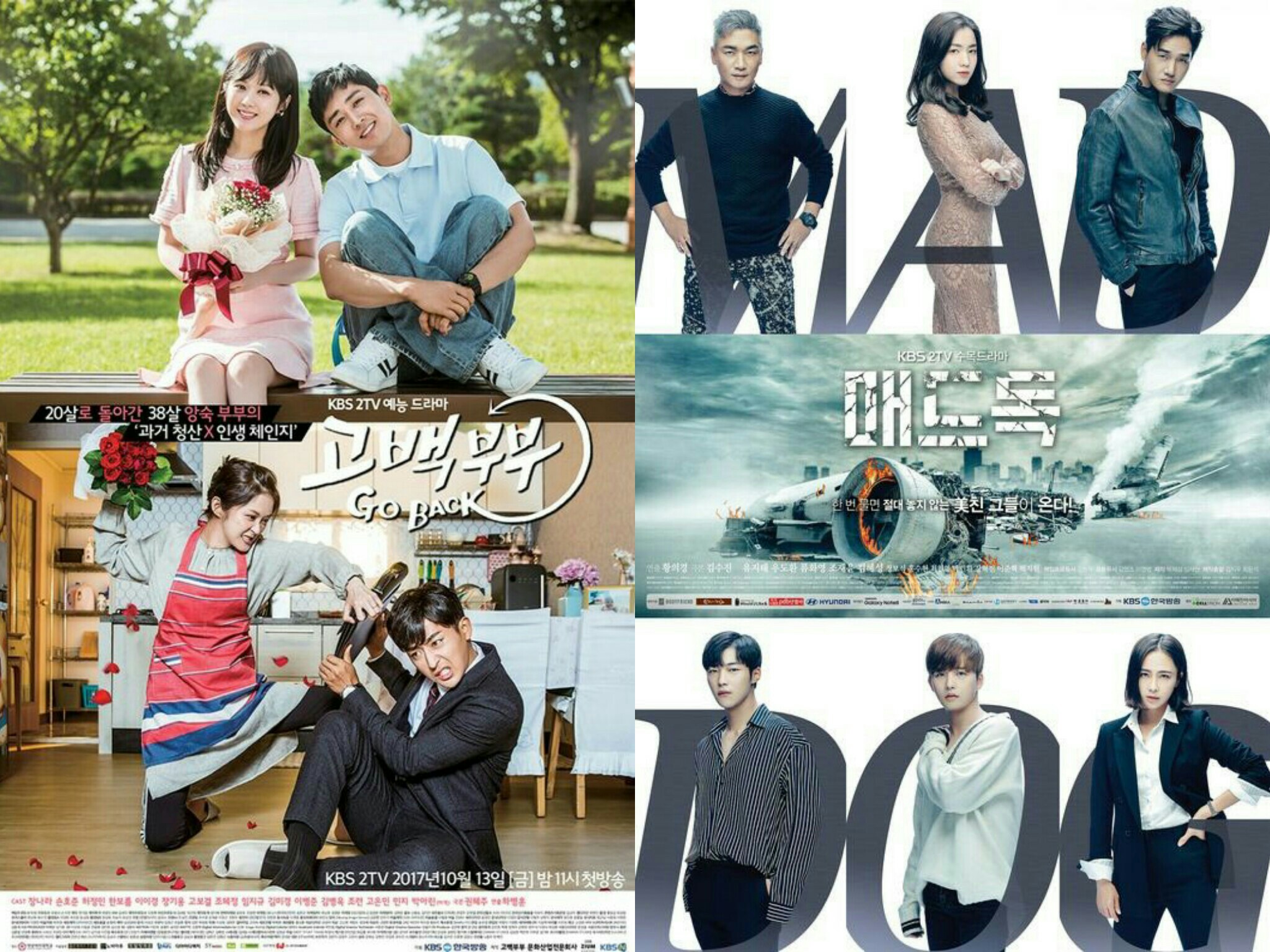 TVN’s Because This Is My First Life slowly and surely carves its way to the viewers’ hearts due to its unique cohabitation rom-com and endearing love couple.

Same goes for OCN’s grim reaper’s tale Black, which is maneuvering interesting bends worthy to look forward to in the future chapters. 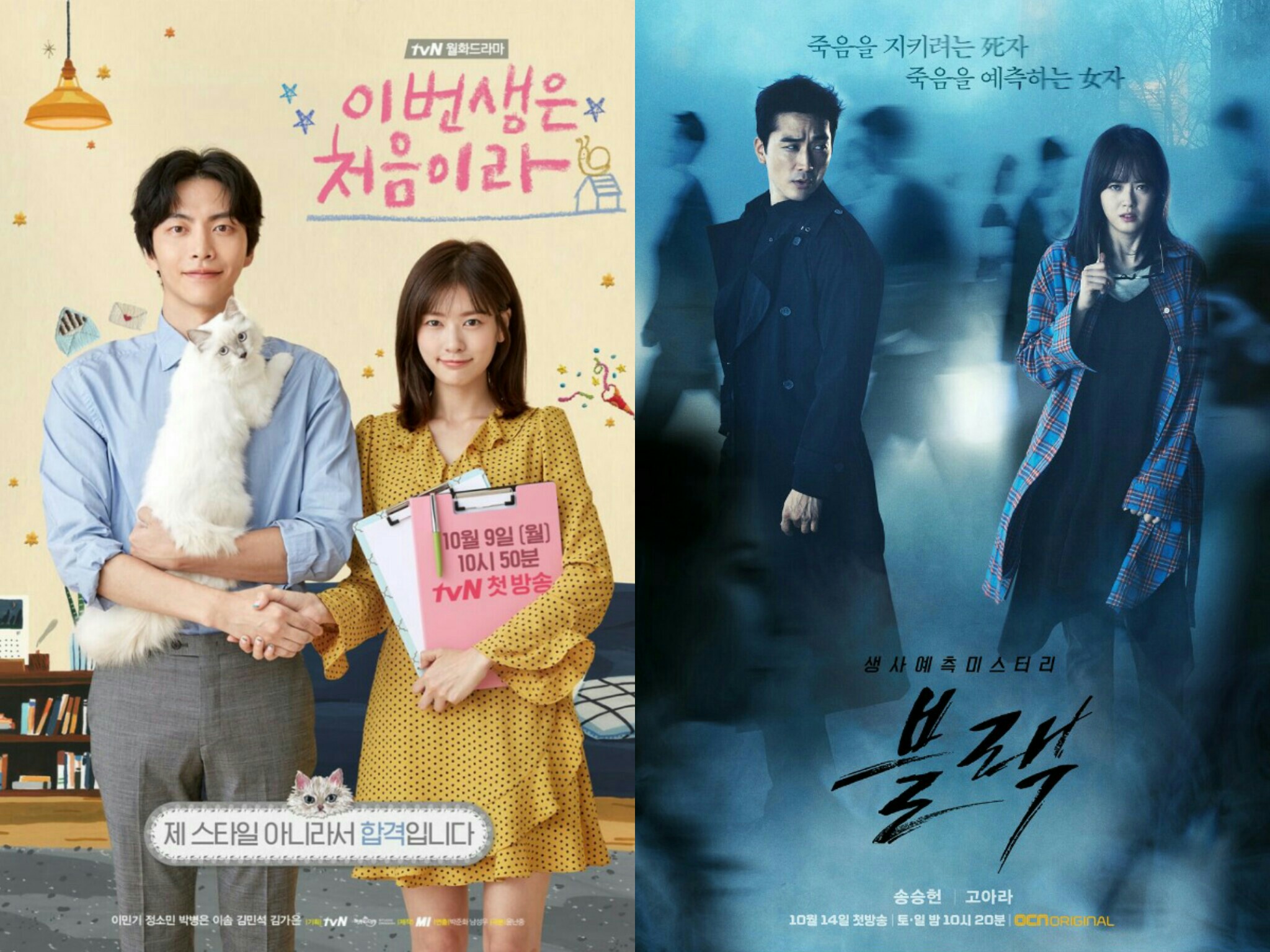 It is still too early to mark which dramas live up to its opening week promise, and which stories to let go.  The plethora of love themes to choose from the roster ranges from heartfelt to heart-fluttering, so pick whatever suits your preferences.

We will be back on which dramas to skip so stay tuned to the next Korean Drama Recap & Forecast update!