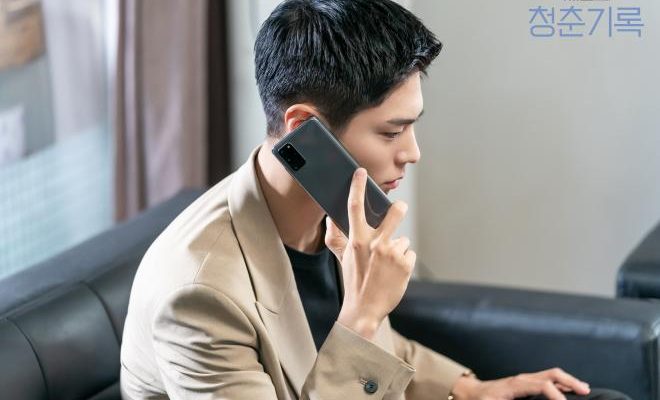 Things are not going right for Hye Jun in episode 11 of Record of Youth.

After the last chapter’s suspenseful ending about Charlie Jung’s death, the news causes extreme shockwaves to the public. With his continuous streak of dramas, films and awards, the rumors and accusations are threatening his newly-found success. While he believes in the power of good and the people who supports him, there are others trying their best to bring Hye Jun down.

Statement to the Police

Completely shocked with what he just heard, Hye Jun is still unable to comprehend the news of Charlie Jung’s death. After calming down a bit, he quickly heads to the police station to give statement.

At the station, he discovers that the designer possibly died due to suicide. While the police records his statement, he mentions to the cop that they should read the message that Charlie Jung left him, after he refused to answer his call that time.

Min Jae immediately calls him after hearing the shocking news. Worried about a reporter might see him, she quickly fetched him at the station. At the parking basement, the two talk about him going to the police — that it might stir rumors about him and Charlie Jung.

As Min Jae fetches Hye Jun from the station, a journalist happens to see him leaving the area. We can feel from here that this reporter will take advantage of what she saw. In the parking area, the two talk about how grave the situation he is currently in.

Instead, Hye Jun insists attending Charlie Jung’s funeral and asks her if he can pay his respect. However, Min Jae tries to explain how this could cause him further rumors. She just want a clear reputation for her client, now that Hye Jun gets an opportunity to work in a Hollywood film.

And, he doesn’t take her lightly but instead tells her that a person’s death is more important than talking about his career in times like these. In frustration, Min Jae starts crying. While she is worrying at the situation, Hye Jun seems to have no understanding of how big his problem is. 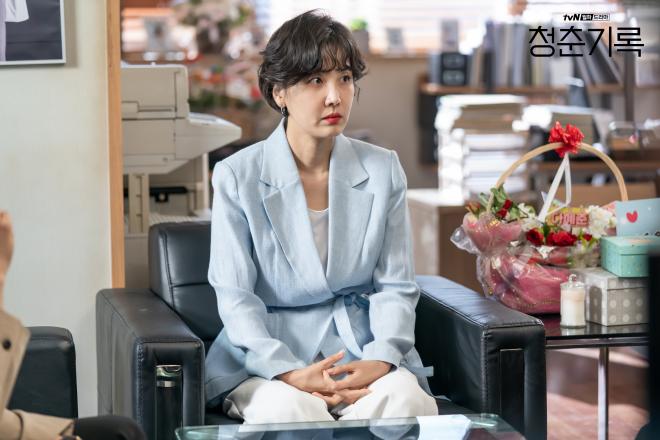 Like what we expected, Reporter Kim immediately meets with Lee Tae Su. Curious about her agenda, he asks the reason of her unexpected appearance. Right away, Kim asks about Charlie Jung and Hye Jun’s real score.

While Tae Su asks about what exactly she wants to hear, obviously, he’ll make it more dramatic and fallacious, Kim replied she wants an exciting story.

Rumors are quickly spreading like wildfire. Speculation scandals about him dating Charlie Jung and that he’s been sponsored during his modelling days have resurfaced. Famous YouTubers, and even television shows are all talking about him while the internet is in complete chaos.

Meanwhile, the family decided to conduct another meeting, the agenda — how his fame is stressing the members of the family, though Gyeong Jun’s the only one complaining.

He reveals that the managers from his workplace are pressuring him for favors after knowing that he’s Hye Jun’s brother. Gyeong Jun spills that the bank he’s working at, wants him to recruit as an advertisement model.

Now that he’s earning a lot, he tells Hye Jun to purchase a high-end house. But Hye Jun laid out his plans — to pay off family’s debt, buy their current house, and build his own room. Mom and Dad get emotional at their son’s generosity.

Meeting with an American director

Amidst all the chaos and rumors, it seems like we he isn’t completely hopeless. He had the chance to meet with a Hollywood director, in hopes of being cast in his movie. While we see his fluency in English, Hye Jun smoothly converses with the director, and thankfully, he gets the role!

While the Won family is talking about Hye Jun and rumors about him, Yi Young and Hae Hyo see Jin Woo calling Hae Na’s phone. He answers the call, then he put in on speaker mode. To their surprise, Jin Woo starts mentioning marriage and them being together. They are definitely caught red-handed!

Returning from the restroom, Hae Na panics while Yi Young is trying to compose herself, and remind not to lay hands on her children, then leaves the room. Meanwhile, Hae Hyo screams in madness that he’s going to kill Jin Woo.

While Min Jae tries to deal with haters and bad comments about him, she turns to Jeong Ha and asks if revealing their relationship might help him clear the accusations about him being gay. In return, Jeong Ha expresses that she’s willing to do everything for Hye Jun. But she is strongly opposed to the idea.

Things are getting massive and more exciting now with three loose stories left the viewers hanging. One, Jia introduces herself to Reporter Kim as Hye Jun’s ex-girlfriend, who claims that she has stories to tell and known Hye Jun so well.

Meanwhile, Hae Hyo meets Hye Jun and Min Jae. From the looks of it, Hae Hyo is now on the opposing side, and it seems like he’s planned all this. He admits meeting Jia earlier that day. Lastly, Jeong Ha is about to confess the truth about her relationship on her YouTube channel live broadcast. 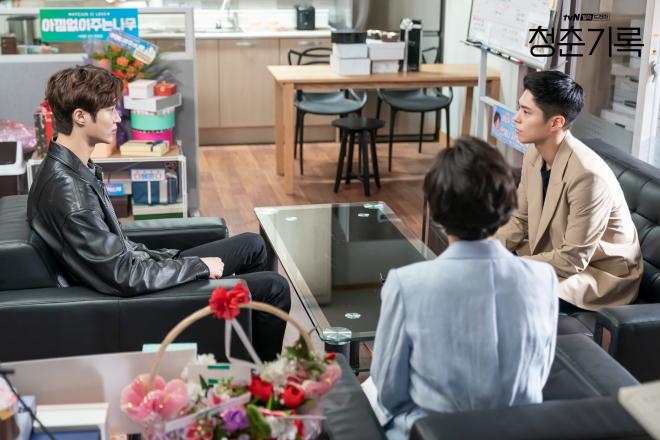 Overall, Record Of Youth episode 11 put the spotlight on the life of a famous celebrity when rumors starts jeopardizing his/her career. The main catch is how that person handles certain accusation and remains faithful in his principles.

What I like about this episode is how Hye Jun stays unbothered with the rumors accused of him, because basically, he knows he’s on the right path and its not true.

Meanwhile, I can say that some of the main characters aren’t experiencing radical development. From its get go, that lacking factor is understandable. But now that there are only five remaining episodes, I think we should be witnessing it by now. However, it seems the writer’s sole focus does not direct to its character but rather the overall lesson it aims to convey.

While the slice of life element is relatively familiar, the romance too is prosaic. But on top of that, there are some scenes and characters that will make your watching journey worthwhile.

I love how the writer portrays Min Jae and her delightful character. Though at first I had my doubts with her, “what if she changed”, “or get brainwashed by Tae Su”, and more. But she proves that she’s unlike any manager, and that she respects, trusts and supports Hye Jun.

Also, I can sense that a bigger bomb will drop anytime soon, and I’m mentally preparing myself, because it will either hurt Hye Jun’s career, his friendship with Hae Hyo and relationship with Jeong Ha.

What I’m anticipating the most are the repercussions of their actions — Jia, the reporter, and Tae Su. But with all the perils inflicted to Hye Jun, like him, I believe that in the end, good always prevails.