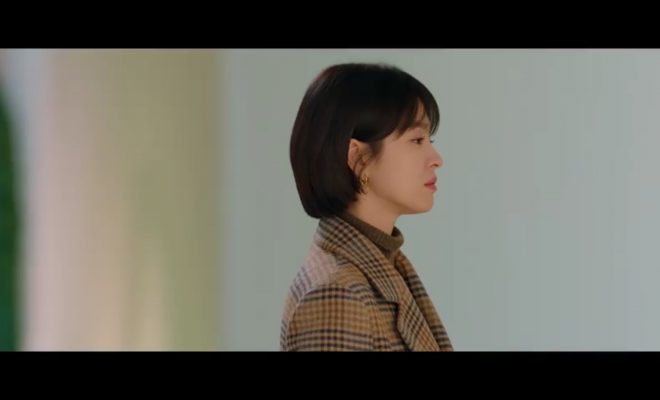 Painting an emotionally beautiful chapter, episode 14 of Encounter might put viewers on silent tears because of its stunning poignant confrontations.

Looking back on Song Hye Kyo’s roles in melodramas, in a way, this particular episode of Encounter will make her loyal fans validate why she has secured a niche in the genre. 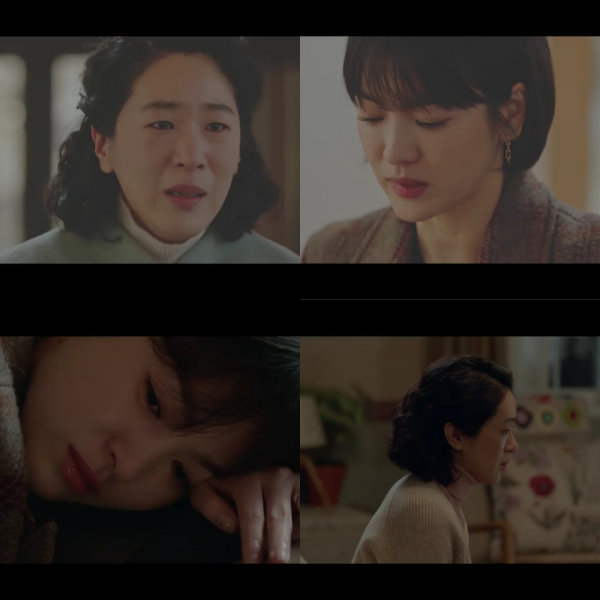 (All Screencaptures from tvN)

Viewers have all suffered and who knows even in the cusp of creating a drive for a movement to eliminate meddlesome-mothers, who want to decide what happiness is for their children after that episode 13 “please break up with my son” moment in Encounter.

So the honest talks that ensued after seem heading to the direction of resolving the love couple’s last standing road block. 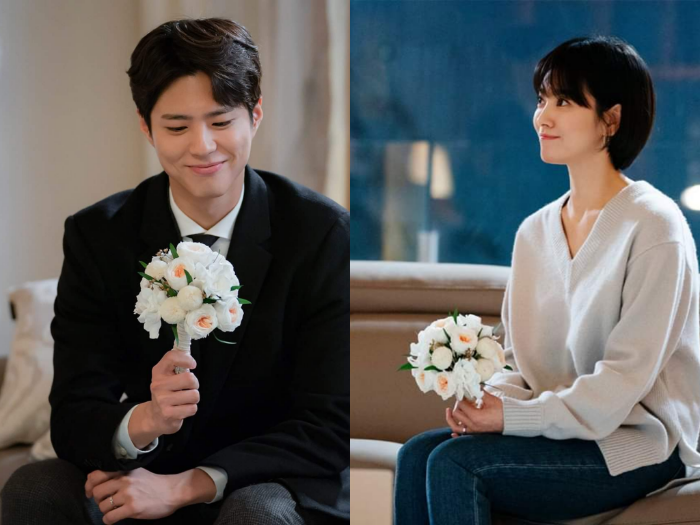 A strong fence for your daughter

In contrast to the disheartening talk between Soo Hyun and Jin Hyuk’s mother, Congressman Cha meets the man loved by his daughter to give his full blessing to him. 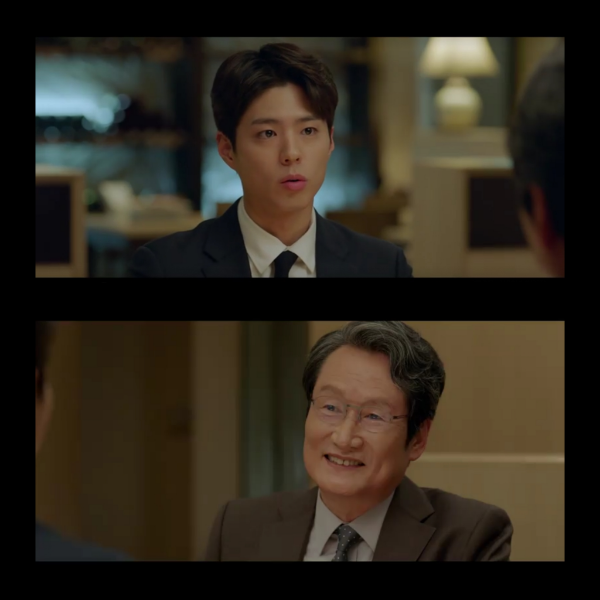 “There’s a limit to how much we can dream together.”

On a weekend’s night, Mi Jin meets Soo Hyun at a cart bar to wallow in soju, and discusses her woes about her relationship with Jin Hyuk.

Refusing to reveal Jin Hyuk’s mother’s request, Soo Hyun shares her inhibitions if she suits her boyfriend’s family. Being a true friend to Soo Hyun, Mi Jin faintly scolds Soo Hyun for worrying about things when all that matters is the two of them being happy in love.

Reminding Soo Hyun how her man is not the type to be worried of things that they can work on together as a couple, Soo Hyun faintly utters how she is the only one bothered about it.

In a breaking voice, Mi Jin stares at her best friend, and tells her that it is also her first time to have her first love. Tears welled from Soo Hyun’s eyes matching the crying face of Mi Jin.

Soo Hyun burst into tears while desperately uttering how she does not want to break up with Jin Hyuk. Comforting her friend, she encourages her to be selfish, and goes for her one great love.

But Soo Hyun is resigned to the idea of how her complicated world just like what Jin Hyuk’s mother reiterated will only make the man she loves with all her heart suffers. Not knowing how to get past the agonizing emotions that drown her, Mi Jin reminds her that she can only be by her side, watching all the storms that will happen in her life. But Jin Hyuk will be a different story, since he will be there to embrace her, carry her, and be with her till the end. 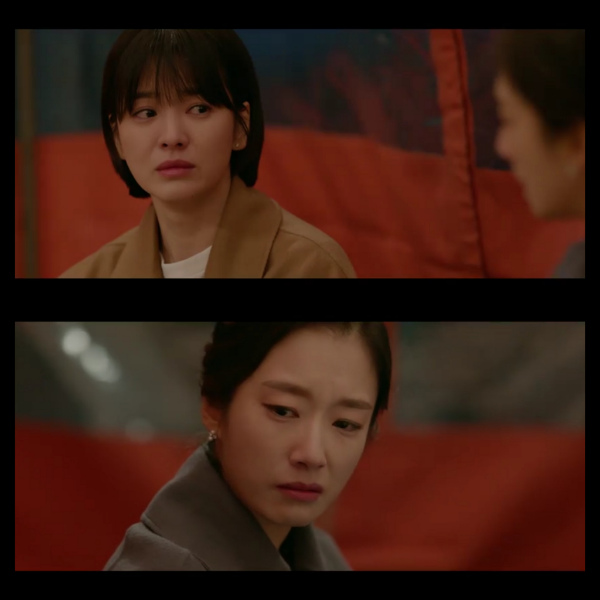 Jin Hyuk drives Soo Hyun to the countryside to get some fresh air, and visits a gallery. A painting particularly catches Soo Hyun’s eyes, which gives the feel of a vague picture of a woman awash in suffocation.

Praising the neat design of employee’s welfare at Donghwa hotel, Jin Hyuk excitedly shares his vacation plans. He blabs about wanting to go for a vacation with her, but she remains listening.

Arriving at her empty place, Soo Hyun reaches for her bed to stare blankly at a glass window.

“She’s more than someone just passing by.”

Finally getting a time to have a heart-to-heart talk with his mother, Jin Hyuk opens up about his mom’s thoughts on their relationship. Jin Hyuk’s mother honestly reveals how she is anxious of the different worlds they live in.

Looking at his mom’s eyes, Jin Hyuk tells her how he does not know love will hit him hard with Soo Hyun; when everything that led her to him is fated encounter between them. He tells his mother that he wishes for her to like the woman she loves, since she is a good person who has also made him a better person. 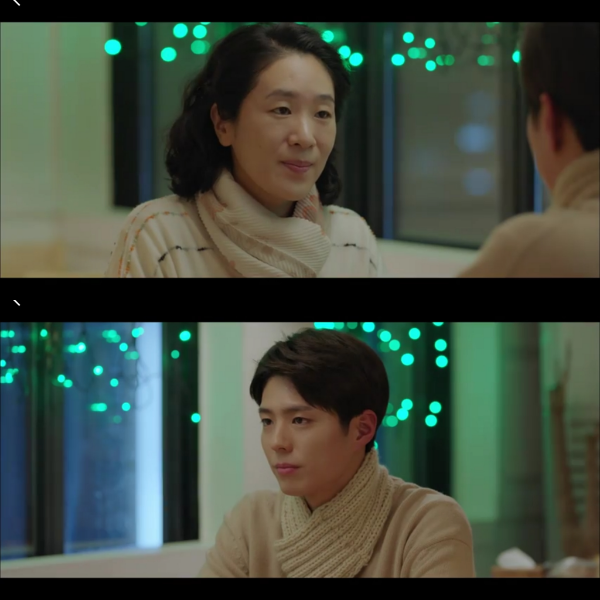 “I’ve never been this happy before in my life.”

Soo Hyun finds herself meeting Ms. Lee for a tea time. Pouring out her thoughts about her relationship with Jin Hyuk after meeting his mother, Soo Hyun vulnerably shares her fears on giving up on the person who has become her world.

The next day, news breaks out about Congressman Cha’s merging with a political party, and stepping down of his initial presidency plans.

After work, on their way home, Jin Hyuk receives a call and rushes to Jin Myung’s aid, who engaged in a fight at a reunion meeting with his school friends. Badmouthing his hyung on his relationship with Soo Hyun, Jin Myung ends up in a police station because of the fight with his school mate.

Blaming herself for the reason of the fight, memories of what Jin Hyuk mother’s fears erupt in Soo Hyun’s thoughts. Meanwhile, the brothers rest in the neighborhood playground to talk about what happened.

Jin Hyuk praises his brother for doing a great job in protecting their family’s name. He tells Jin Myung to keep it as a secret from their parents. 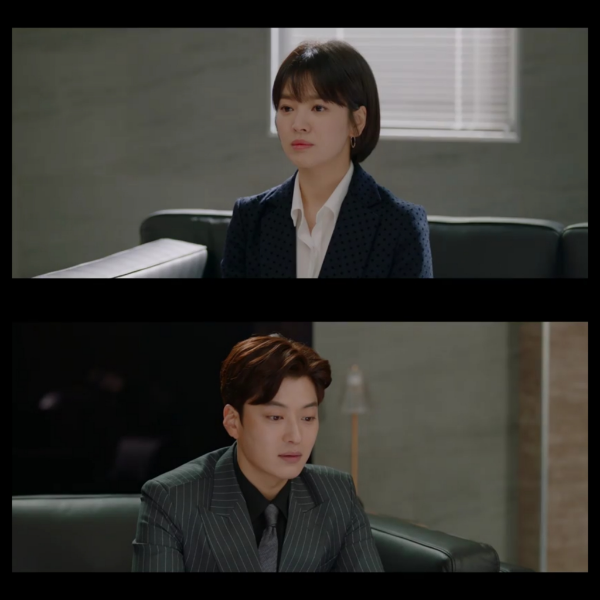 “I now know how to say goodbye.”

Soo Hyun gets a surprise visit from the woman used by Woo Suk to severe his marriage with her back then, which led to their divorce.

Finally learning Woo Suk’s sacrifice, Soo Hyun thanks him for protecting her in his own way, however, that cannot change anything anymore.

Finishing a gift he prepares for his girlfriend, Jin Hyuk calls Soo Hyun, and requests for a date the next day. Obliging to Jin Hyuk’s dream date, the two go out to eat at a crowded place, before moving to a book store to kill time.

While paying for the book Jin Hyuk bought for Soo Hyun, Jin Hyuk smiles. In his thoughts, he promises to go wherever Soo Hyun will be.

Soo Hyun, on the other side, stares back with tears, wanting to escape her eyes, as she silently says goodbye to him in her thoughts. 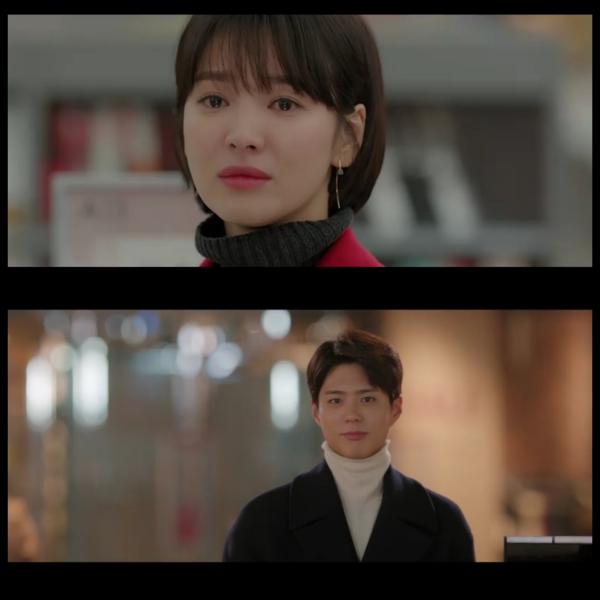 Something unsettling was already hinted in the last 10 minutes of this episode that I literally dreaded to see the dying minutes.

Just how am I emotionally affected by Jin Hyuk and Soo Hyun’s love story? My thoughts are running wild out of worry for them that I barely sleep. Yet my thoughts remain active in the past few days.

I am at a desperate point where I can be okay if Soo Hyun suddenly gets an amnesia so she can go out of her masochistic nature and relents to the idea of letting someone protect her. 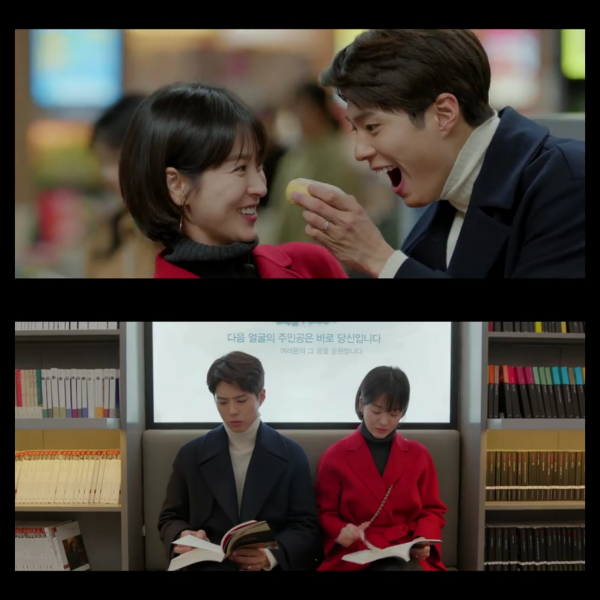 There are a lot to process on how the finale episodes will conclude the story. This week is beautiful and painful. Encounter began on a magical note. That’s why if you are a faithful follower, you want to question why it had to thread on the reality biting pain that ensued after the refreshing romance which happened between the main leads.

Passing the halfway mark of the narrative, we know it would be hard. For that reason, we can only hope for that agonizing last stretch to be worth it.

Will Jin Hyuk have one last trust-me convincing moment to change Soo Hyun’s mind? Will we ever get to see a neat conflict resolution between Soo Hyun and Taegyeong?