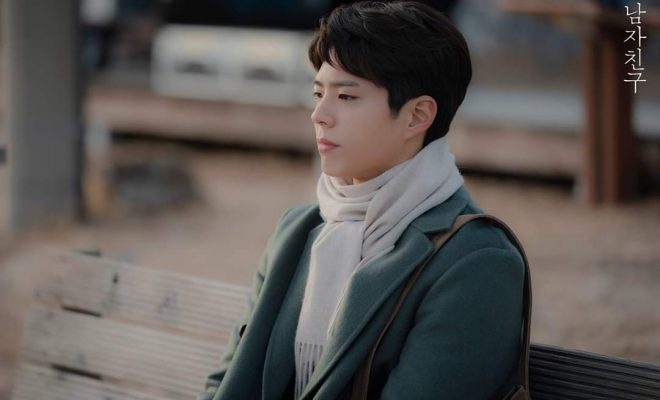 Making up for the week that viewers missed its airing, Encounter continues with romantic doses to shower its fanatics.

All about emotions – episode 9 of Encounter shows Park Bo Gum and Song Hye Kyo in poignant scenes for their characters.

Apparently, love struggles to cushion the woes set in the story leading to a pendulum of emotional ride for the main couple of the narrative. 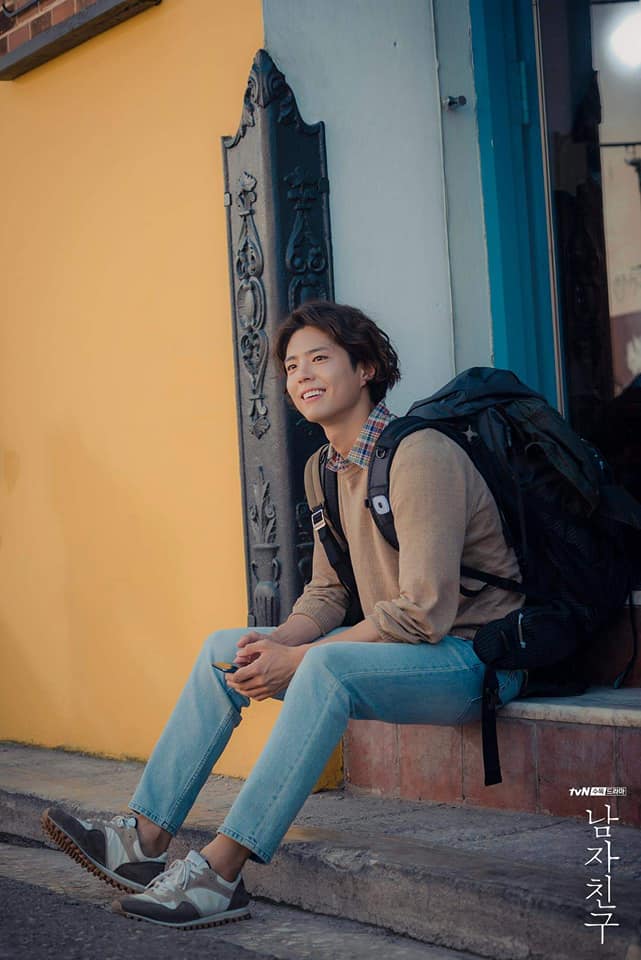 Through the help of Mr. Nam, Jin Hyuk arrives on time to attend the party he arranged before his transfer to Sokcho. After spotting the woman he adores, he drags him and shares a sweet kiss as soon as the new year clocks in. Unaware that Woo Suk witnessed that moment, the two happily grab some food and go for a late night movie date.

After the party, Mi Jin agrees to grab some drinks with Dae Chan and Jin Myung. Accidentally blabbing about the real reason of Jin Hyuk’s transfer, his worried brother tried to call him to no avail since he is on a date with Soo Hyun.

Mi Jin wakes up to a hangover mess, and strangely follows Dae Chan for a sauna bath and hangover fix. Dating photos of Jin Hyuk and Soo Hyun hit the online grapevine so she rushes to take action.

Agreeing to meet her father for a lunch, the two discuss about the looming war Soo Hyun has waged against the almighty Taegyeong group. She mulls over her father’s thoughts of how Jin Hyuk will suffer given that he is not used to their cruel world.

Meanwhile, Woo Suk also meets with Soo Hyun to propose another start with her. But the latter is firm on her love for Jin Hyuk, and how he means to her. 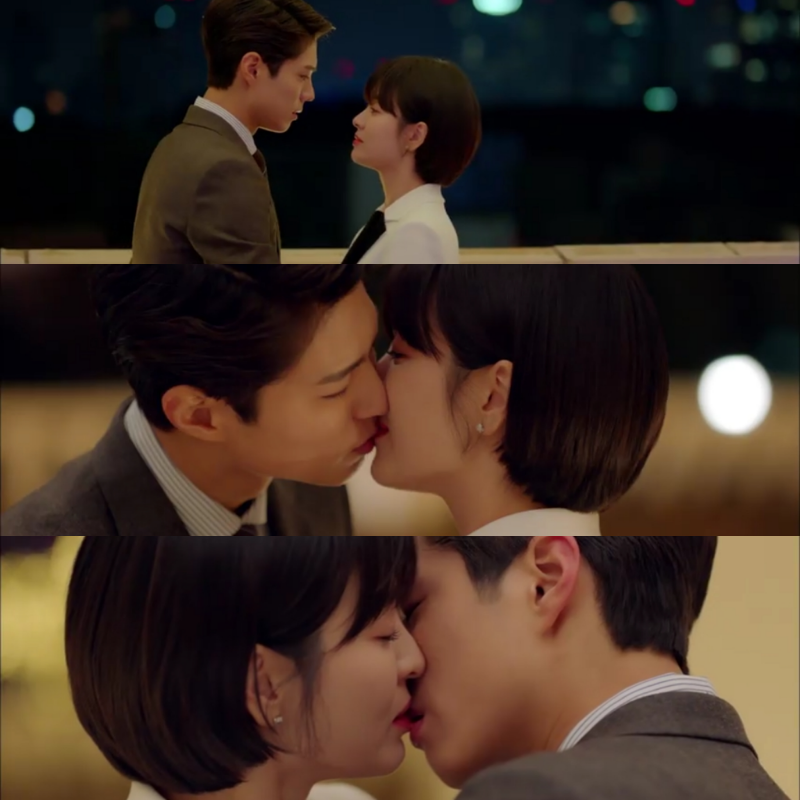 A blow to Jin Hyuk’s conviction

Working on the first day of the year, Jin Hyuk diligently attends to the hotel’s guests. When a young girl lost her teddy bear, Jin Hyuk looks for it in a pile of dirty sheets for about two hours.

Happily assisting the guests, he is excused from his post when Soo Hyun’s mother arrives. There is no wad of cash thrown at Jin Hyuk face, but as expected, she warns him to stay away from her daughter.

Hye In is formally introduced to Soo Hyun by Manager Kim. Learning her close friendship with Jin Hyuk, Soo Hyun asks about her boyfriend’s feelings. Instead of answering the question, Hye In begs Soo Hyun to stop the relationship and shares how Jin Hyuk means to protect her by going to Sokcho.

Alone in her place, Soo Hyun broods over her situation with Jin Hyuk.

Also on a pensive mood, Jin Hyuk receives messages from his old classmates, who mindlessly posted online details about him.

Soo Hyun’s phone call cuts his reverie, and he puts an extra effort to brighten up his worried mood. Unable to find the best possible way to protect the man who means a lot to her, Soo Hyun proposes for them to think things over.

Selfless Jin Hyuk claims he is at fault for being so ordinary making Soo Hyun choke to tears, as she says how scared she is for him to get hurt. Jin Hyuk suggests a quiet time for both of them by not calling each other until one of them decides to break the agreement.

Fighting off their emotions, the two divert their attention into activities, which just remind them of each other. Soo Hyun gives in feeling how much she misses Jin Hyuk, and drives to where he is.

Spotting him on a sea side en route Sokcho, she pulls over, and heads to where he is. Jin Hyuk initially lies that he is with the hotel staff, unaware that Soo Hyun is there behind him.

Realizing that his girlfriend is there, he rushes to where she is – for an I-miss-you-so-much embrace. 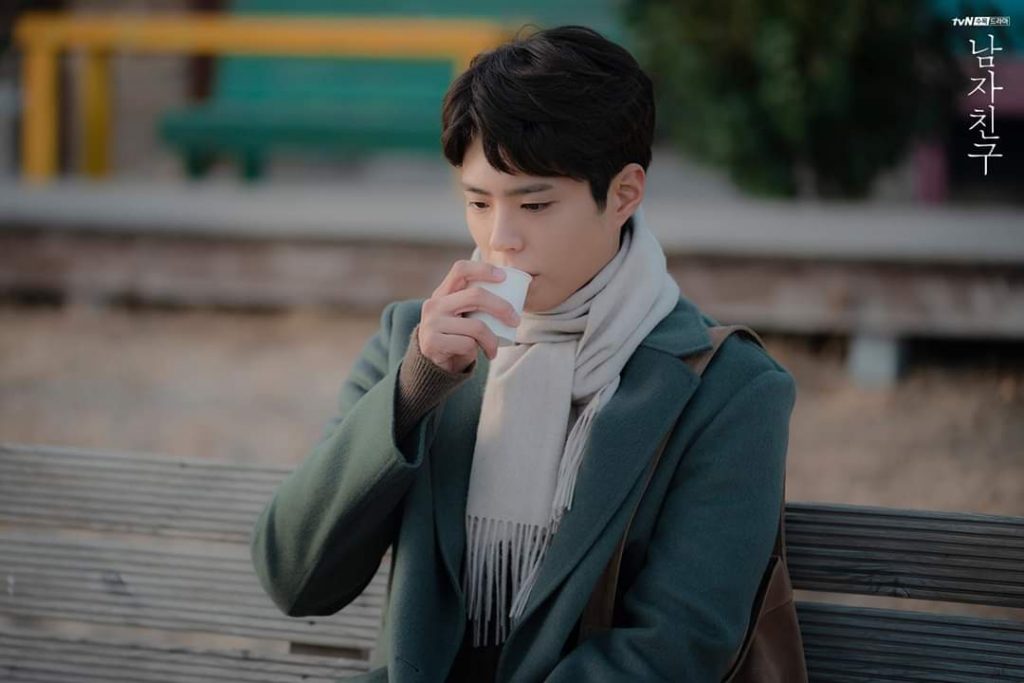 The second stretch of Encounter is expected to cover how the love story will be sustained by the characters involved.

Woo Suk’s helpless plea to start again with Soo Hyun scared me for a moment. We finally get the picture of how much Soo Hyun suffered because of her ex-husband’s mother. Although we know that Woo Suk made a sacrifice to let Soo Hyun go with a divorce ploy, the sentiments lean on Soo Hyun, who must have wanted Woo Suk’s bravery at the time she needed it.

That same courage is what pushed Soo Hyun to acknowledge Jin Hyuk — “This is a man who is not scared to protect me.” As reality hits Soo Hyun and Jin Hyuk, and as much as they want to believe “love” can keep the vigor of their relationship, the fear of being each other’s cause of pain hinder their goals to be initially together in their fight.

I am glad they figure out fast that staying apart won’t help them good. Will Woo Suk push to pursue Soo Hyun? What battle picture is in store for Jin Hyuk and Soo Hyun?

Don’t miss your weekly doses of Encounter on tvN and tvN Asia!