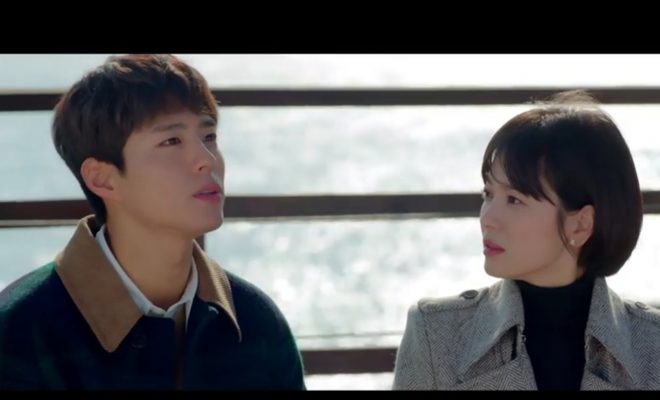 Zooming in to a fast-paced narration, tvN’s Encounter begins to unravel the looming conflict to be tackled by Soo Hyun and Jin Hyuk.

Park Bo Gum and Song Hye Kyo continue the interesting blend of their pairing, with arresting portrayals of their characters in Encounter. 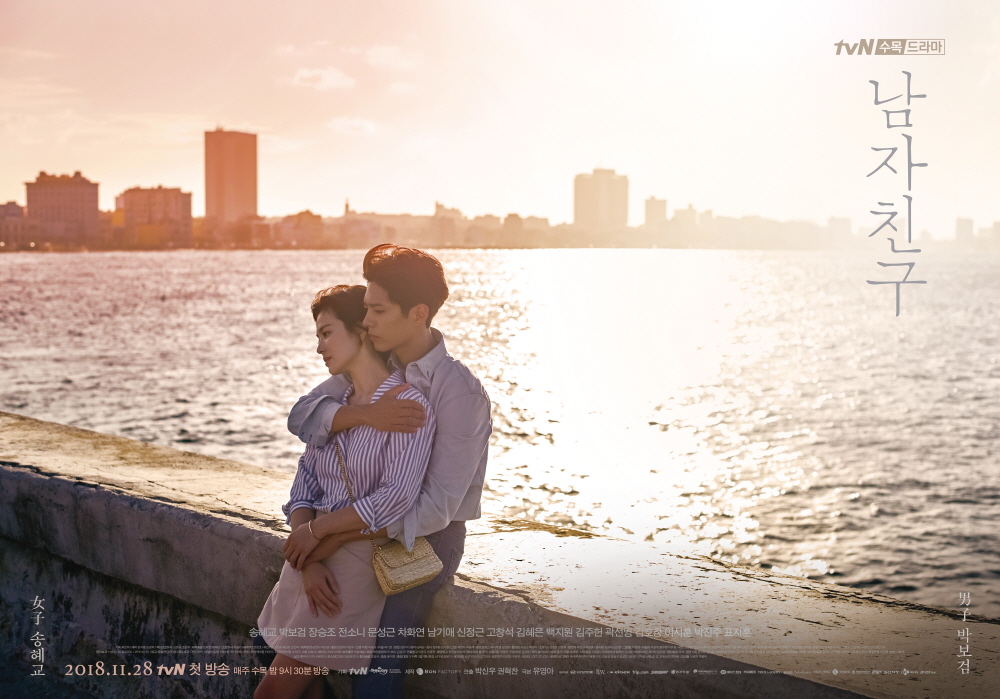 After that woe-inducing premiere week cliff-hanger, our optimistic hero worries about the trouble caused by the ramyun rest stop date. 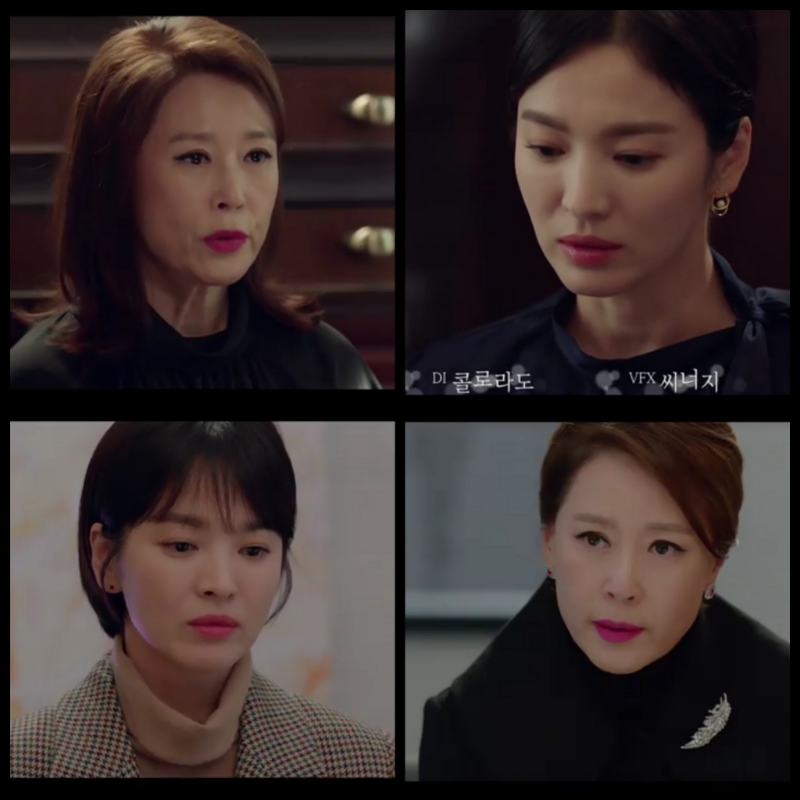 Following the aftermath of the supposed dating scandal of Soo Hyun, her ex--monster-in-law barged in to her office for explanation.

Apparently, a stipulation in the divorce Soo Hyun agreed to, includes refraining her to do something inappropriate that would disgrace the family.

Per ex-mom-in-law’s rule, Soo Hyun broke it owing to the incident with Jin Hyuk. Previously, the former in-laws (Soo Hyun’s mom and ex-mom-in-law) met to discuss marrying off their divorced children again. Consequently, a dating scandal would not look good to support their evil plan. 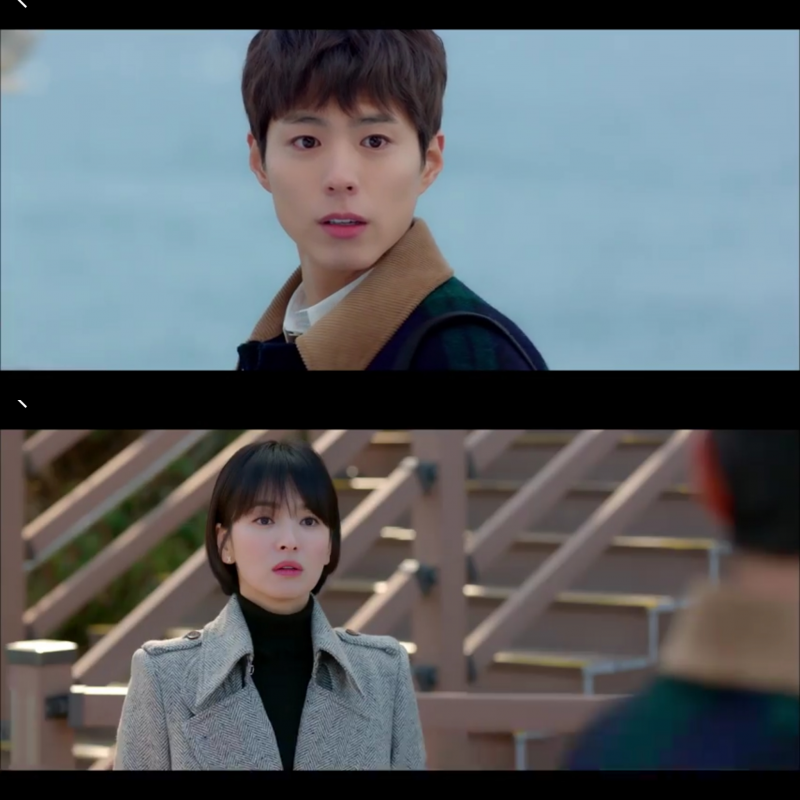 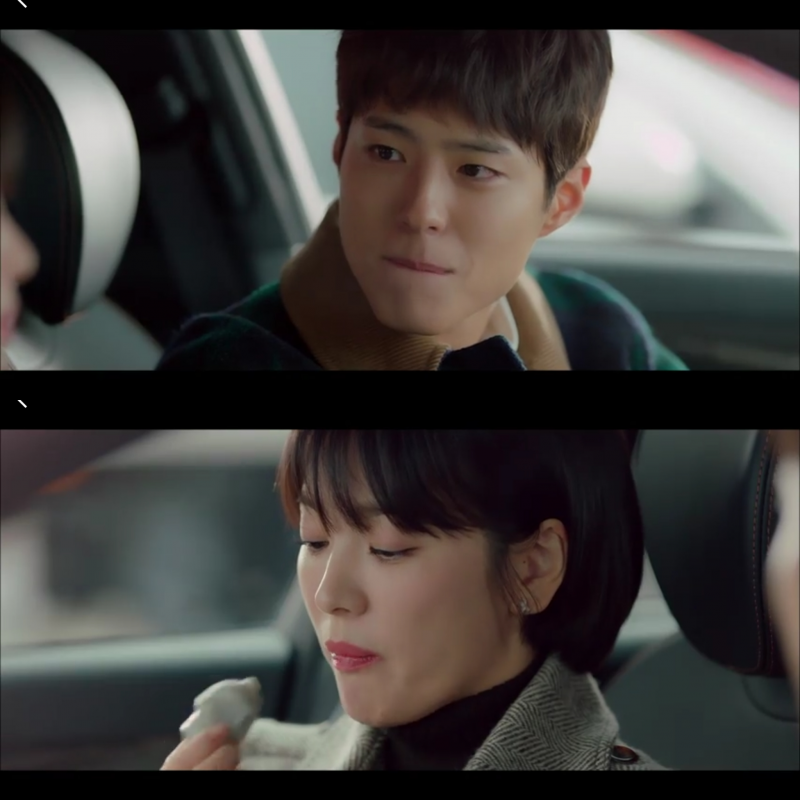 Soo Hyun goes to Seokcho to stake out on an artist, who suddenly reverted the initial agreement for an exhibit set to be launched by her company. Behind this act of course is ex-mom-in-law. Knowing who can cheer up his friend’s daughter, Mr. Nam aka Soo Hyun’s driver, brings Jin Hyuk with him to where she is, and leaves intentionally for the two to spend time together.

Jin Hyuk gives Soo Hyun a book with a photograph of her. They later play in a nearby beach just like worry-free children.

Soo Hyun’s secretary-friend lectures ex-husband-in-law not to meddle on Soo Hyun’s affairs if he cannot protect her. Bingo.

At night, Soo Hyun reads through Jin Hyuk’s recommended poetry; one which exactly defines her life: 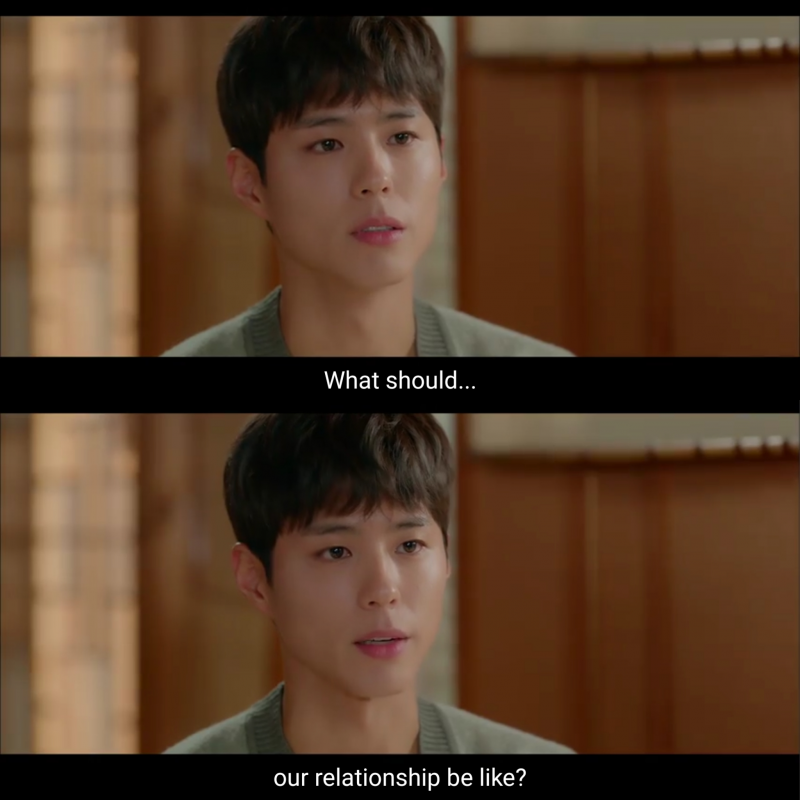 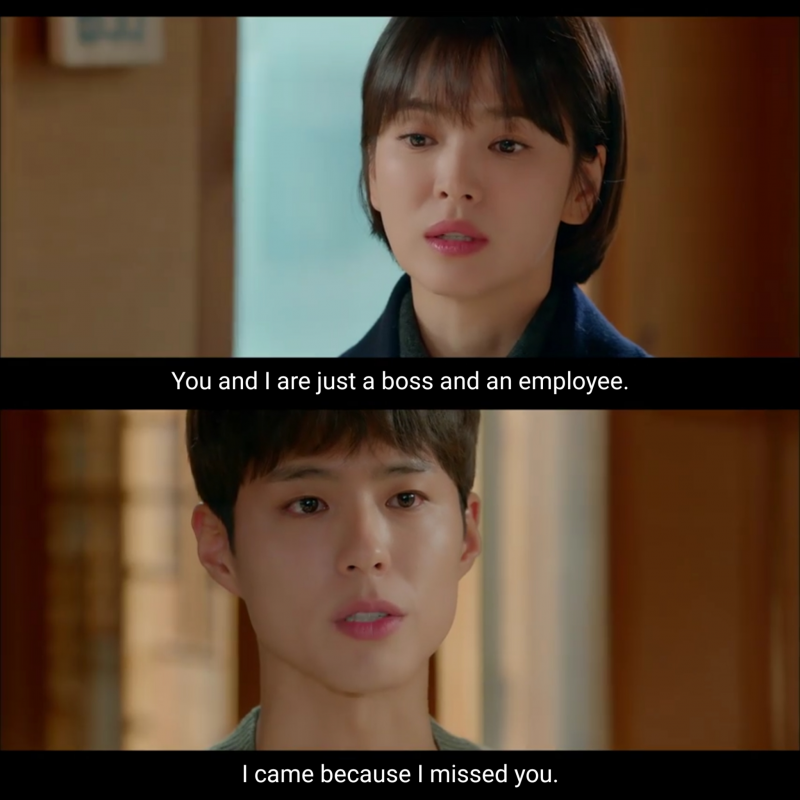 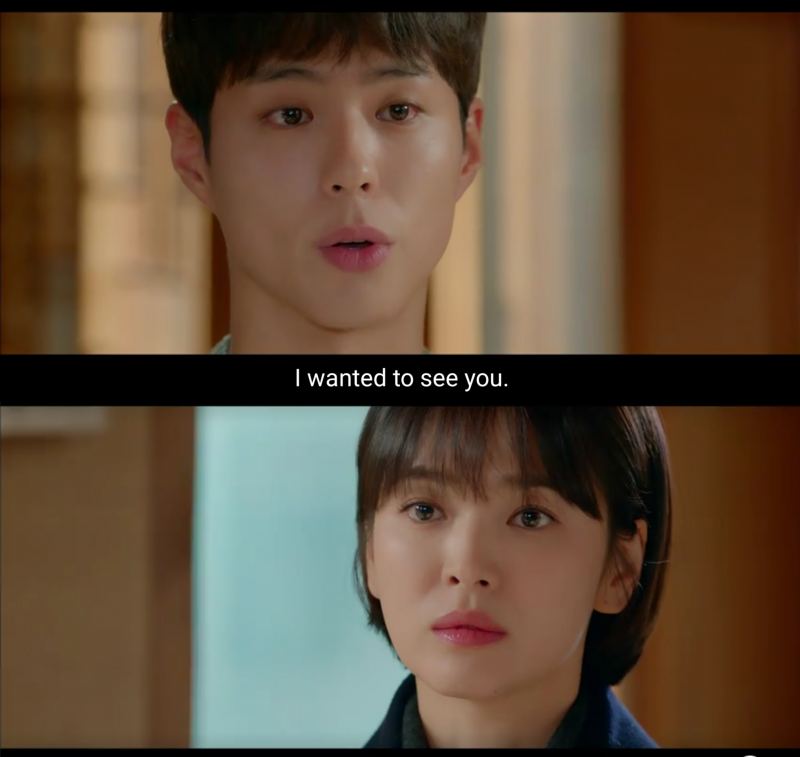 A melody from his radio startled Jin Hyuk who is physically exhausted from the weekend trip. He rushes to drive back where Soo Hyun is to ask her to join him for a quick bite.

Wanting to relieve himself of building emotions he can no longer contain, he throws in an unexpected question to Soo Hyun: “What should our relationship be like?”

Soo Hyun attempts to evade it, but Jin Hyuk pushes to declare how he went all the way back to where she is, just to say that he misses her and wants to see her.

I fear for Soo Hyun and Jin Hyuk’s romance if it will happen really soon — like tonight — because former mom-in-law looks really scary to be honest.

But then, I have to give it to Jin Hyuk for being brave, because that is something that Soo Hyun cannot summon out of her sacrificial nature.

With ex-husband-in-law pictured to have genuine feelings for his ex-wife, the dice has been rolled for an emotional journey to be traversed by Soo Hyun and Jin Hyuk in achieving their own romance. 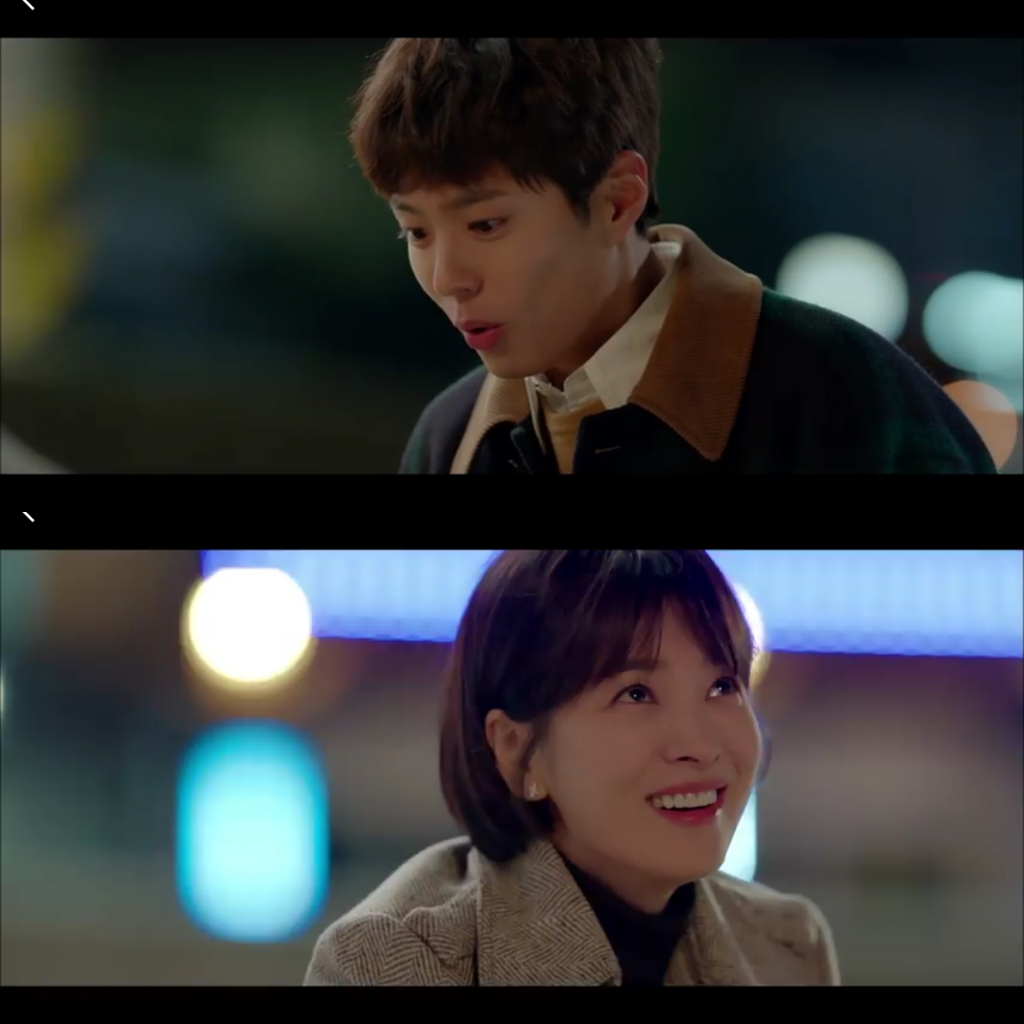 Encounter airs on tvN and tvN Asia. Fans can also watch it on VIU.