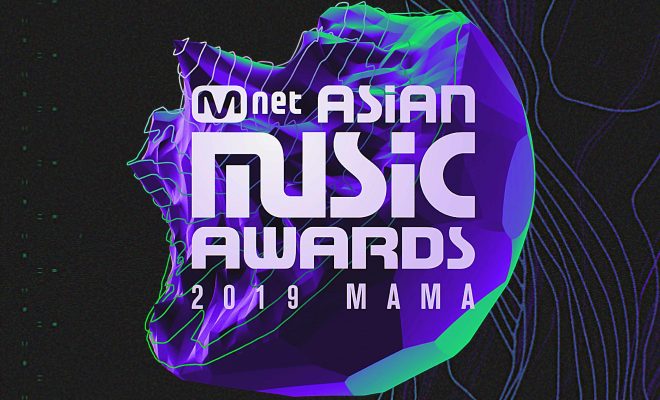 Everything You Need To Know About The “2019 MAMA”

The Mnet Asian Music Awards also known as MAMA has always been highly anticipated because of it’s fascinating stages and the equally passionate audience. This year too, is no different as it promises a euphoric night to remember.

Organized by CJE&M, 2019 MAMA will be held on December 4 at Nagoya Dome in Japan. This is the first time that the award show will be held at a dome which has a capacity of 30,000 people.

Read: Mnet Announces Date And Venue For 2019 MAMA This December 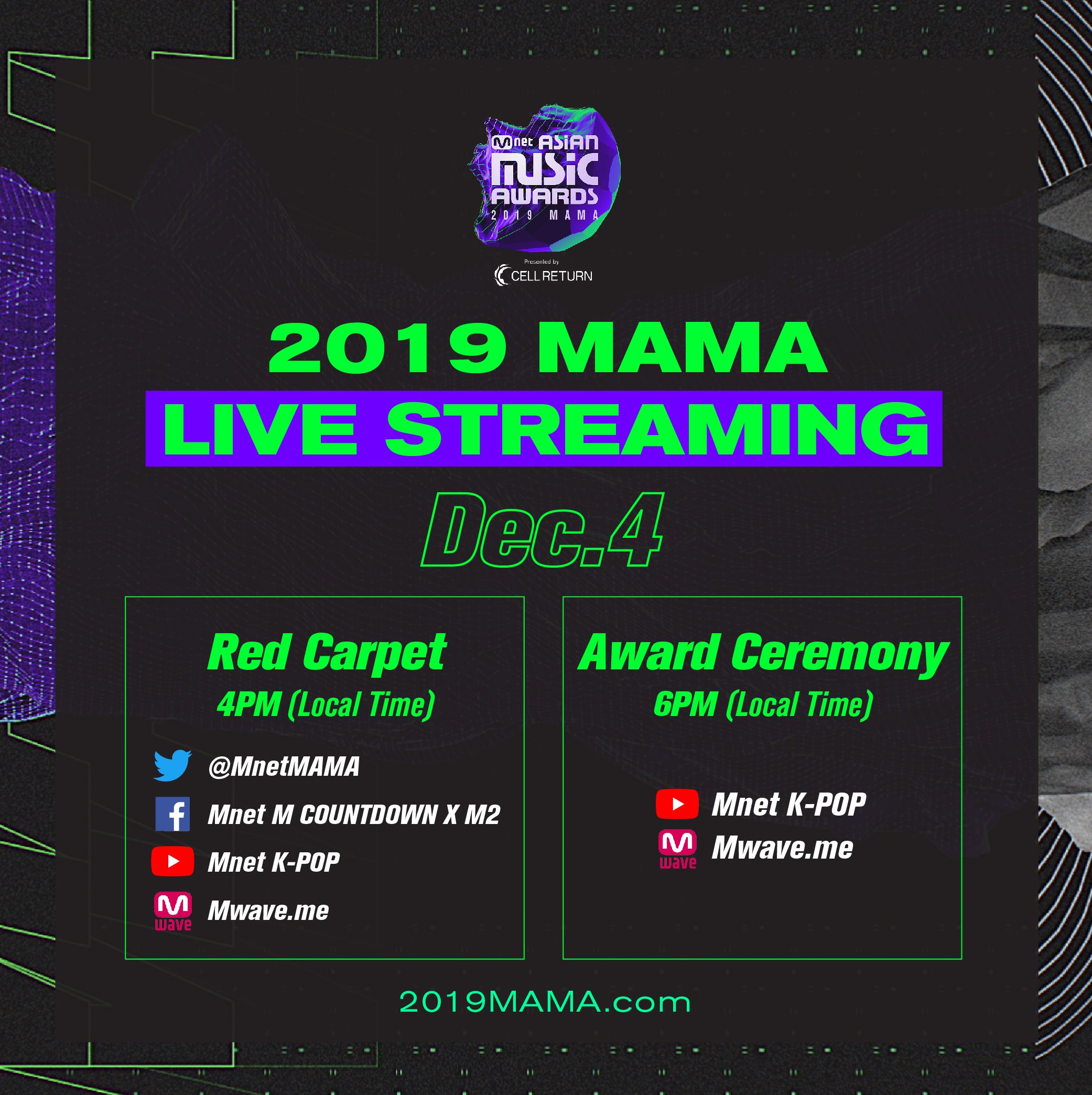 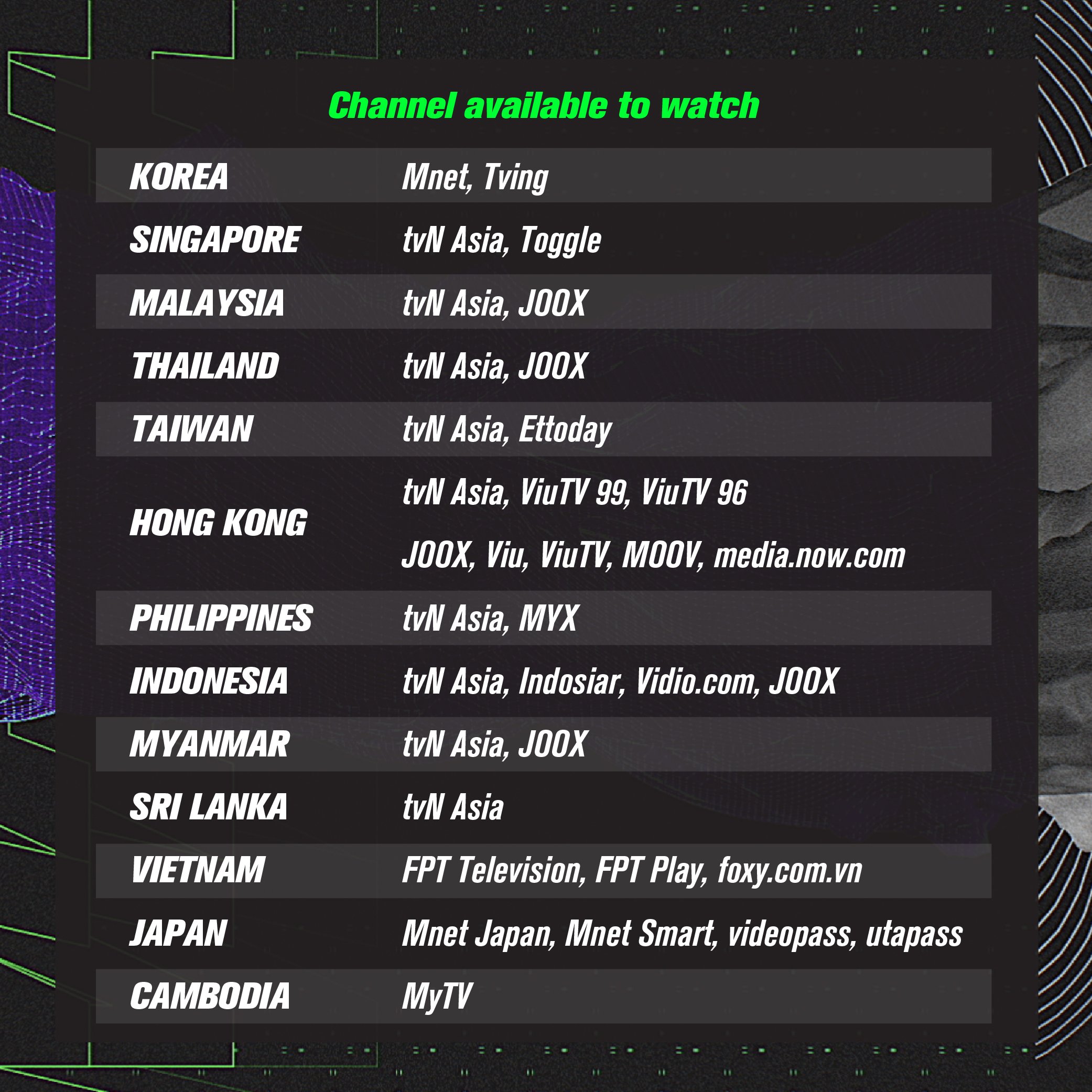 A brief history of MAMA

In 1999, the Mnet Asian Music Awards also known as MAMA started under the name of Mnet Music Video Daesang. Since 2010, MAMA has been held in various locations such as Macau, Singapore, Hong Kong, Vietnam, and Japan garnering reputation as one of the most recognized global music awards.

Rookie artists WayV, ONEUS, ATEEZ, TXT, and ITZY will be performing at the MAMA stage for the first time. Performing at the MAMA after four years, J.Y. Park will have a collaboration number with MAMAMOO. Additionally, Dua Lipa will also power her music stage at the 2019 MAMA.

Here’s what you need to know about the performers:

BTS has always gone all-out in their preparations for the performances in award events. This year too, there are huge expectations for the group’s stage.

Also, since BTS are known for dropping hints for their comeback through their performances, ARMYs will be keen on deciphering the hidden elements in their performance. Besides, the day is also special for BTS and ARMY because Jin’s birthday is on the same day, December 4.

This year, BTS had released their album Map of the Soul: Persona and MV of title track “Boy With Luv” which broke multiple records both domestic and internationally across various platforms.

Lee Sora’s “Song Request” featuring Suga and Heize’s “We don’t talk together” featuring Giriboy produced by Suga are also nominated for Song of the Year and Best Collaboration.

There is a reason why TWICE is dubbed as the nation’s girl group. In every award ceremony, TWICE has delivered a great show. Their 2016 MAMA Cheer Up + TT performance is most of the most viewed MAMA performance videos.

Rolling in success this season, TWICE had two comebacks with EPs Fancy You and Feel Special that has title tracks of the same name.

Read: Everything You Need To Know About TWICE’s “Feel Special” Comeback

The specialty of GOT7’s performances is the implementation of martial arts and street dancing. Their incredible moves and dance breaks never fail to impress. One of their most memorable stages at MAMA was the collaboration with label mates DAY6 where they performed the rock version of “Never Ever”.

Earlier this year in May, GOT7 had a comeback with their ninth EP Spinning Top and title track “Eclipse”. The album was a commercial success peaking both Korean and global charts. They had another comeback on November with EP Call My Name and “You Calling My Name” which had sexier vibes and well-received by the audience.

MONSTA X are known for their monstrous performances and high-level intensity. In recent years, they have been rapidly gaining recognition all across the world. The group’s 2018 MAMA performance in Japan fascinated the viewers with their outfits and use of props which lead to them trending in Naver and Twitter.

With their sharp moves and harmonious vocals, SEVENTEEN has always dropped breathtaking performances. They had memorable collaboration stages in MAMA with GFRIEND in 2016 and with their senior label mates NU’EST in 2017 which highlights their synchronized choreography.

In 2019, SEVENTEEN had two comebacks, with their sixth EP You Made My Dawn which released in January and their third studio album An Ode which came out in September. Both the albums had topped various charts in Korea and globally.

They are the vocal queens and there is no one like them. MAMAMOO has always brought something new and unique in their performances and it always a treat to watch them. In 2018 MAMA at Japan, MAMAMOO’s performance of “Egotistic” and “Starry Night” became a hot topic as people were surprised by their confidence. Mnet had announced that the group will have a collaboration stage with J.Y. Park this year.

This year, MAMAMOO had a comeback on March with their ninth EP, White Wind which had “Gogobebe” as the title track and recently in November they came back with their second studio album reality in BLACK.

While Hwasa is also nominated for Artist of the Year, Song of the Year, and Best Dance Performance Solo for her digital single “Twit”

The most senior among the artists performing at this year’s MAMA is J.Y. Park, founder of JYP Entertainment. Also known as JYP or The Asiansoul, J.Y. Park has worn multiple hats as a singer-songwriter, record producer, record executive, and reality television show judge.

He is responsible for developing and managing various artists like Rain, Wonder Girls, 2PM, GOT7, DAY6, TWICE, Stray Kids and ITZY.

Read: Park Jin Young Is Back With An Addictive Music “Fever” And A Concert

J.Y. Park will have a collaboration performance with MAMAMOO. J.Y. Park had last performed in the MAMA event in 2015 which created quite an impression among the viewers. There has been many memorable collaborations in the MAMA stage in the past from the iconic artist. Some of them are listed as follows:

Within a short duration since her solo debut, CHUNG HA has cemented her name as one of the most prominent soloists. Be it her vocals or her dance, she has always garnered attention with her performances.

In 2019, CHUNG HA had two comebacks with her first single album XII in January where “Gotta Go” is the title track and her fourth EP Flourishing in June which had “Snapping as the title track.

Read: Chungha Rolls Out A “Flourishing” Set Of Teasers For Upcoming Comeback

WayV is a Chinese sub-unit of the boy group, NCT under SM entertainment. The group consists of seven members namely, Kun, Ten, Winwin, Lucas, Xiaojun, Hendery, and Yangyang. They debuted earlier this year in January with their single album The Vision.

In May 2019, they released their first EP Take Off and on October 2019, they had a comeback with their second EP Take Over the Moon with the title track “Moonwalk”. They are the only Chinese group to debut an album at the top spot on the iTunes Worldwide Album Chart twice.

Read: WayV Takes Off And Lands On Top Of Music Charts With First Mini Album

They debuted earlier this year in January with their EP, Light Us. On May, they came back with their second EP Raise Us with the lead single “Twilight” and then on September they released their third EP Fly with Us which had “Lit” as the title track.

ATEEZ is nominated for Artist of the Year, Worldwide Fans’ Choice, and Best New Male Artist.

Read: Everything You Need To Know About ATEEZ’s “Treasure EP.3 : One To All”

TXT is a five-member group formed by BigHit Entertainment. Consisting of members, Soobin, Yeonjun, Beomgyu, Taehyun and Huening Kai, the group debuted in March 2019 with their EP The Dream Chapter: Star and title track “Crown”. The group then made a comeback on October with their first full-length album The Dream Chapter: Magic and title track “9 and Three Quarters (Run Away)”.

Since their debut, TXT has gained a lot of love and recognition around the world. The MV of their debut single “Crown” holds the record of most viewed K-Pop debut music video within 24 hours for a boy group. The group also debuted in various charts including the Billboard 200.

TXT is nominated for Artist of the Year, Worldwide Fans’ Choice, and Best New Male Artist.

ITZY is a rookie girl group under JYP Entertainment. The group has five members; Yeji, Lia, Ryujin, Chaeryeong, and Yuna.

They debuted this year in February 2019 with their single album, It’z Different. Their debut single “Dalla Dalla” was well received among the audience. The MV garnered 17.1 million views on YouTube within 24 hours upon its release and broke the record for the most viewed K-pop debut music video within 24 hours.

The MV also holds the record of the fastest K-pop debut music video to reach 100 million views.On July 2019, ITZY had a comeback with their first EP titled It’z Icy and the title track “ICY”.

ITZY is nominated for Artist of the Year, Worldwide Fans’ Choice, and Best New Female Artist.

Dua Lipa is an English songwriter-singer. She is a recipient of three Brit Awards and two Grammy Awards.

There has been many international artists that had performed at MAMA. Some of them are:

Following are the award categories:

Judging criteria for the awards

How to vote for the nominees

Currently, the voting for the different award categories are ongoing. Fans can vote for their favorite artists at MAMA’s official website. The voting at the website open until December 3, 23:59 KST. Voting is mandatory for the Artist of the Year and Song of the Year categories whereas voting for other categories is optional.

For the Worldwide Fan’s Choice category, fan can vote through their tweets #MAMAVOTE #ARTISTNAME. The artist’s official hashtag can be checked at the official website. The social media voting will be open till December 4 and the closing time will be announced at the ceremony itself. 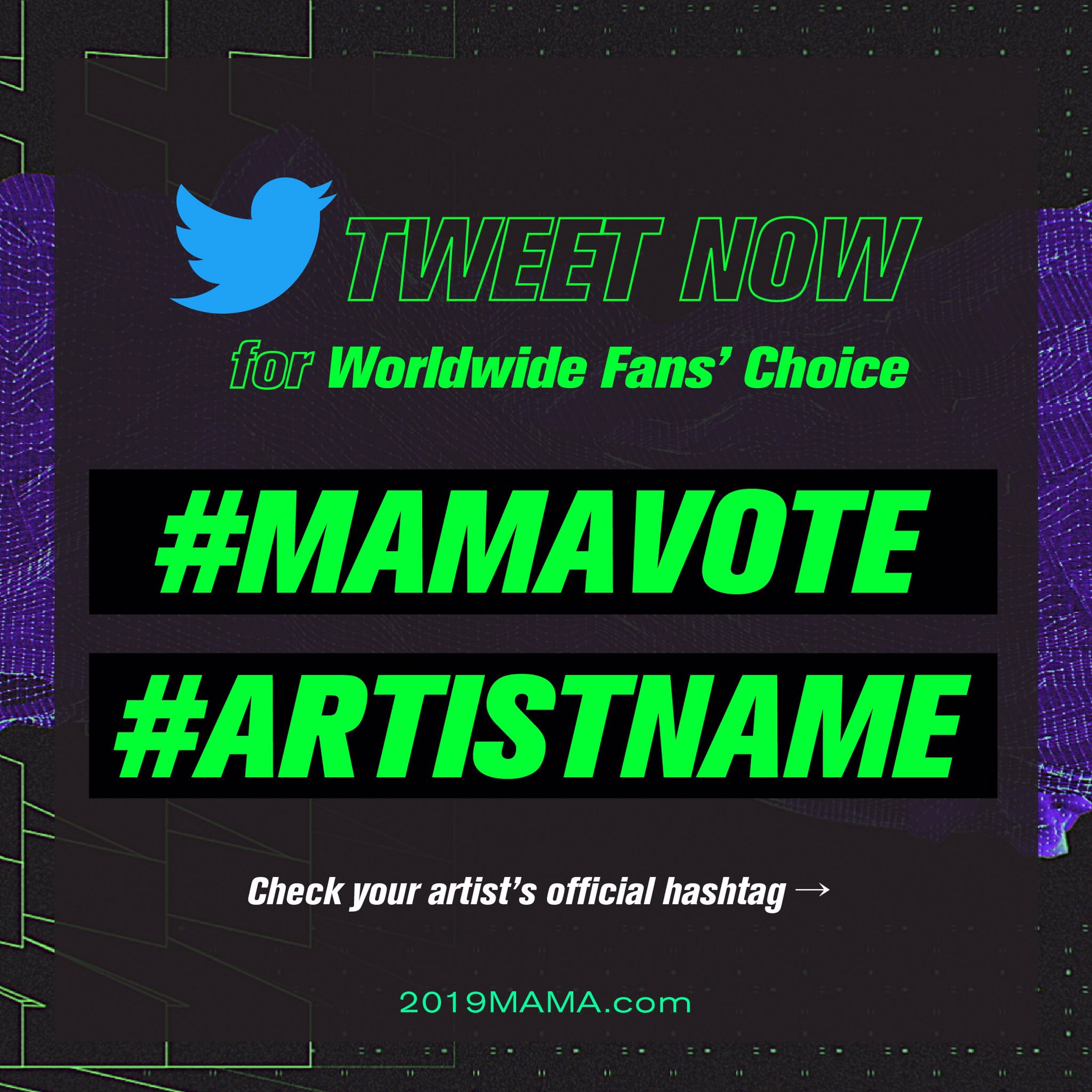 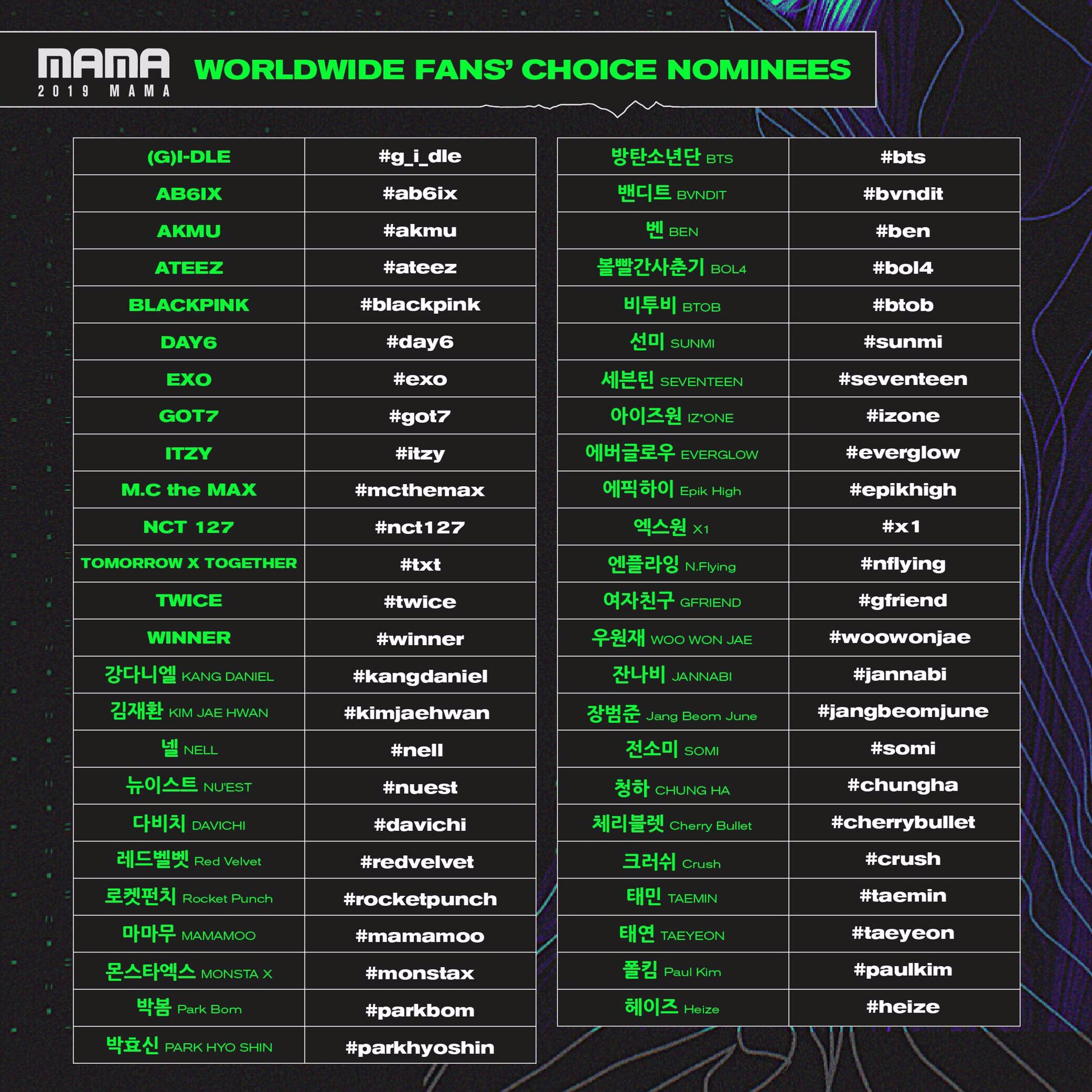 The general ticket sales has opened since November 27 at 10 PM KST and can be accessed via Ticket PIA and EVENTIFY. The assigned seats costs 22,000 JPY while the seats with restricted view costs 21,000 JPY.

We need your support! If you have enjoyed our work, consider to support us with a one-time or recurring donation from as low as US$5 to keep our site going! Donate securely below via Stripe, Paypal, Apple Pay or Google Wallet.
FacebookTwitter
SubscribeGoogleWhatsappPinterestDiggRedditStumbleuponVkWeiboPocketTumblrMailMeneameOdnoklassniki
Related Items2019 MAMA2019 MAMA in Nagoya2019 Mnet Asian Music AwardsMnet Asian Music Awards엠넷아시안뮤직어워즈
← Previous Story All About ITZY – The Amazing Records Of The Hottest Rookie Girl Group In 2019
Next Story → Super Junior Songs That Made Them The K-Pop Icons They Are Today