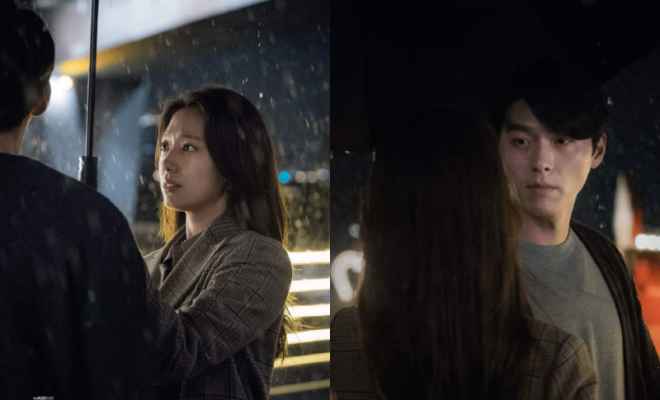 Key Moments In Episode 12 Of “Memories Of The Alhambra”

Accelerating at a riveting pace, Memories of the Alhambra inches closer to reach its penultimate week.

Tables are turned as the hero of Memories of the Alhambra is left with no choice but to draw a risky card so he can finish the quest and find Se Joo. 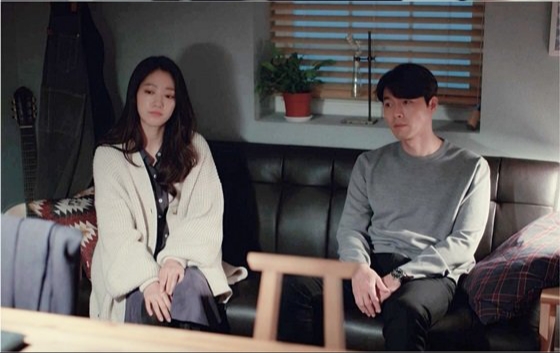 With only a few more episodes to stream, the stakes are raised even higher for the hero who resorted to take a dangerous path so as to prove that he has not gone crazy

Sealed with a lingering sweet kiss, Jin Woo and Hee Joo are officially in a relationship. The latter heads home with a full heart and prepares to rest. However, Jin Woo failing to respond on her messages woes her so she rushes to go to the hotel where he stays.

Apparently though, Jin Woo never left in front of her house when he drove her home. She invites him inside to rest in the work room. While fixing cups of tea for them, Jin Woo contemplates on his situation having informed by Director Park how Professor Cha has accumulated evidence to put him on a police investigation.

When Hee Joo agrees to Director Park’s suggestion of him leaving the country to cool down, Jin Woo refuses with conviction. 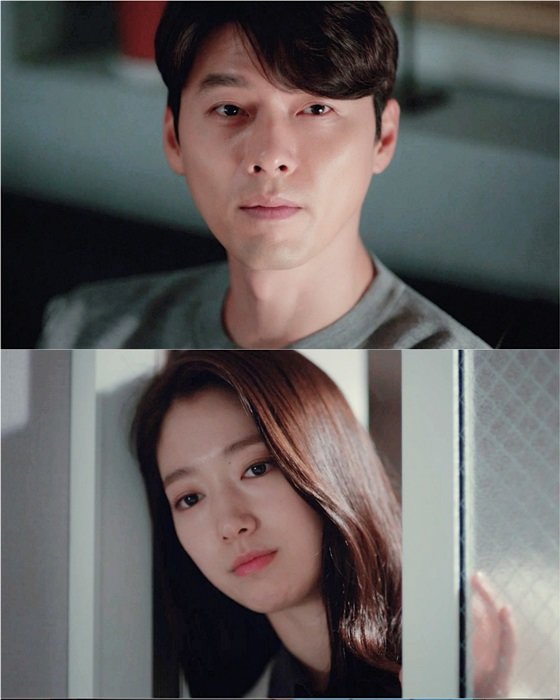 The son that was banished

Flashback on the day Hyung Suk was ousted by his own father in the company he co-founded with Jin Woo, the latter also learns that his ex-wife Su Jin is going to marry his bestfriend.

Enraged at Hyung Suk’s unannounced visit, Su Jin is in the brink of tears when Hyung Suk reveals to Jin Woo how he got betrayed by him and his ex-wife. Hyung Suk heartlessly drops the bomb of how he seduced Jin Hyuk’s ex-wife due to how he is bitterly unhappy of how his own father favors Jin Woo.

While working, Hee Joo is interrupted by Jin Woo’s phone call who asked her out for dinner. She agrees to her boyfriend’s request to doll up and happily go to where he is waiting.

Momentarily blinded by how Hee Joo dressed up nicely, the two cutely bicker before heading for their dinner date. Enroute to their destination, Jin Woo suddenly gets logged in to the game so he ignores the road check leading to them being chased by the police.

After apologizing to the traffic enforcers, Hee Joo demands the car key for her to drive as requested by the police. Jin Woo confirms with tech guy Yang Joo that the game server was opened validating the sudden attack he just received.

While choosing their food for dinner, Hee Joo receives a phone call from Min Joo of how their grandmother was rushed to the hospital. Sang Beom accidentally blabs Se Joo’s situation when he can no longer contain his emotions hearing how Hee Joo’s grandma worries about Jin Woo. 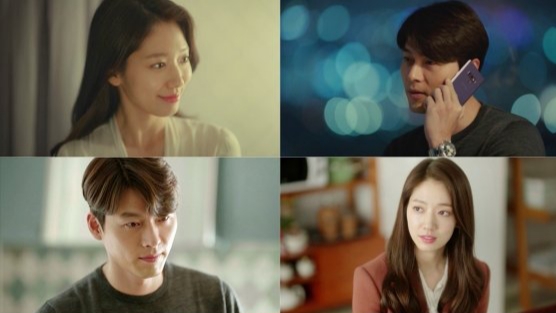 In the hospital, Hee Joo engages with a verbal spat with Sang Beom for meddling in their family affair while Jin Woo overhears their arguments. The latter heads to accompany Min Joo who is left alone in their house. Surprised at seeing Jin Woo in their house the next morning, she happily receives the simple breakfast he prepared for her.

Swarming the police station for Jin Woo’s arrival, the person the news reporters waits for, walks to Professor Cha’s lecture hall. Dismissing his class, the old man is surprised to see Jin Woo in front of him instead of the police station.

With everything in his life at stake, Jin Woo proposes how he will prove everything is true once and for all. Unaware of the repercussions of Jin Woo’s dangerous proposal, Professor Cha agrees to his deal. He orders to open the game server and form an alliance with him.

Just then a herd of villains is shown heading to where they are, Professor Cha hears and feels the game signals. Jin Woo briefs him on the bond they will share and orders him to leave Seoul immediately to protect himself.

On cue, Hyung Suk’s game NPC appears. Getting a dose of Jin Woo’s reality, the bewildered villain sees his wounded dead son walking towards Jin Woo. He calls his name so Hyung Suk reverts his direction to him ready to wield his sword for a blow.

Back at the police station, the detective in charge announces Jin Woo’s absence for questioning. Hee Joo who watched the news from Jin Woo’s hotel room ponders on her boyfriend’s plan of continuing the quest to find Se Joo.

Her reverie is cut when she hears the Memories of the Alhambra guitar melody. Walking to the direction of where the music is, she meets Emma – the game character who shares her face. 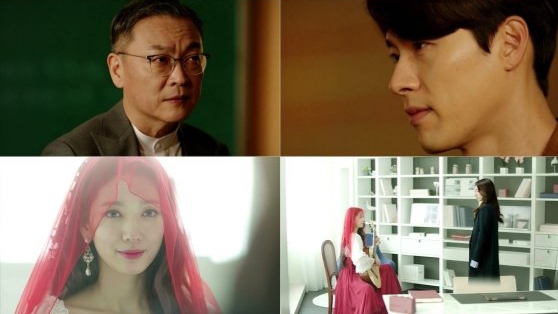 Memories of the Alhambra episode 12 Afterthoughts

Good job Jin Woo! It’s high time for you to depart on your selfless sacrifices.
Knowing the danger of creating an alliance, Jin Woo’s tamed approach to get even with Professor Cha serves the evil villain right.

Se Joo’s fate remain to be a problem yet to be answered in the series. Also, the reason for Hyung Suk’s ousting needs to be elaborated, as well as the shady intentions of Su Jin – one of the causes of the rift between Hyung Suk and Jin Woo.

Is Hee Joo going to have a taste of the game too? The preview hinting a special feature on Emma’s character surely upped the ante of how the final conflict showdown will be unraveled.

Catch up on all new episodes of Memories of the Alhambra on tvN and Netflix.